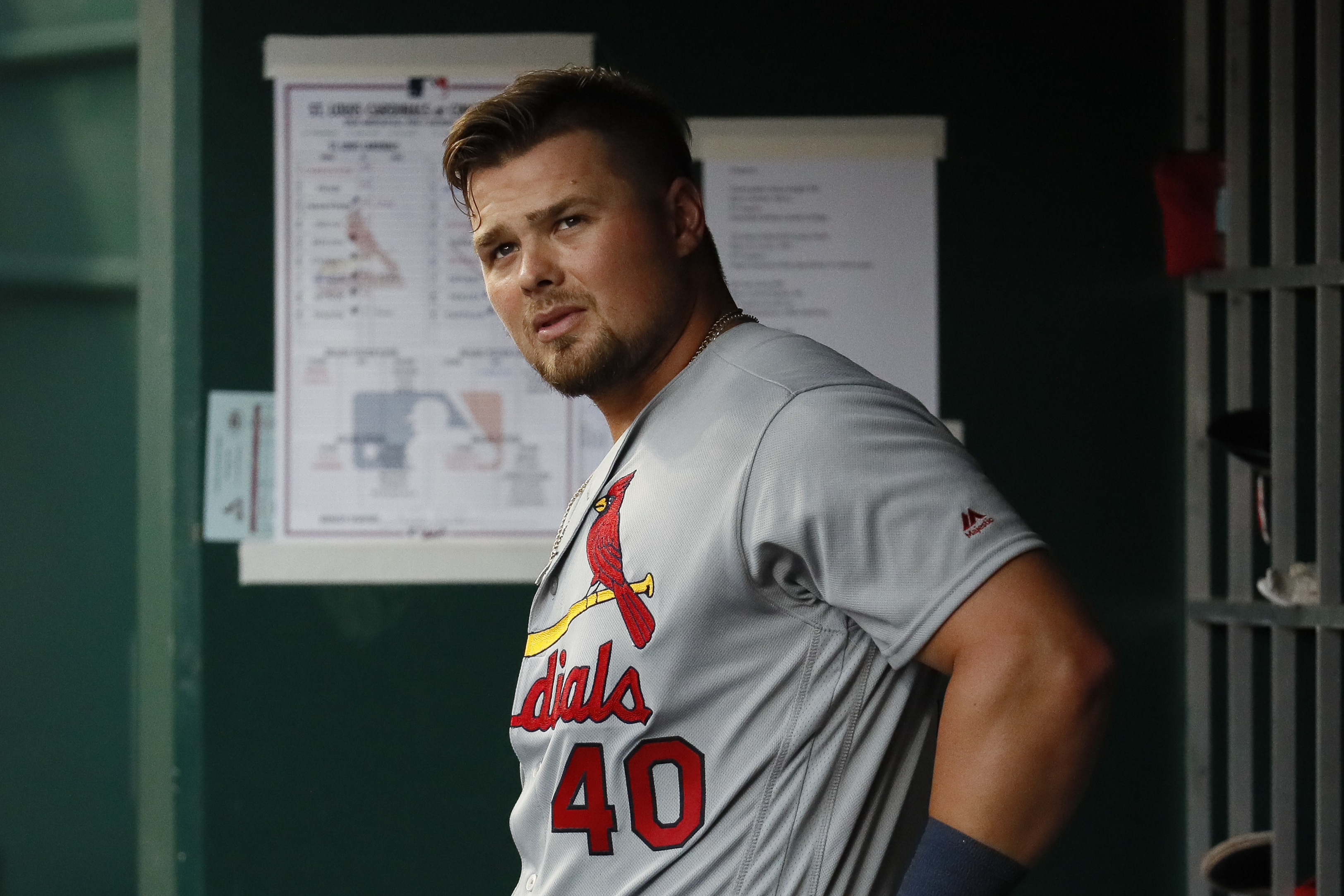 St. Louis Cardinals' Luke Voit stands in the dugout in the eighth inning of a baseball game against the Cincinnati Reds, Saturday, June 9, 2018, in Cincinnati. (AP Photo/John Minchillo)

After Saturday’s doubleheader against the Kansas City Royals, the New York Yankees made a trade with the St. Louis Cardinals in order to fill up some roster space on the 40-man roster. In that deal, they acquired first baseman Luke Voit and some international money for left-handed reliever Chasen Shreve and right-handed reliever Giovanny Gallegos.

The New York Yankees tonight announced that they have acquired right-handed hitting 1B Luke Voit and international signing bonus pool money from the St. Louis Cardinals in exchange for LHP Chasen Shreve and RHP Giovanny Gallegos.

Voit was selected by the St. Louis Cardinals in the 22nd Round of the 2013 MLB First-Year Player Draft. He has appeared in 70 Major League games (eight this season) and has a slash line of .240/.307/.432 with five home runs and 21 RBIs. His numbers were much different with Triple-A Memphis in the Pacific Coast League.

With the Redbirds, the 27-year-old right-handed hitter hit .299 with nine home runs, 36 RBIs, drew 31 walks, and had an on-base percentage of .491. His 31 walks were the third most on the Memphis roster. Voit is likely to be heading to Triple-A Scranton Wilkes-Barre when he reports to the Yankees.

While the Yankees have Mike Ford as the first baseman at Triple-A, Voit has played left field as well this year with one game at third base. It creates a little bit of a roster crunch in the organization at the upper levels, but it will be interesting to see how the Yankees end up handling that as they add more international bonus money. 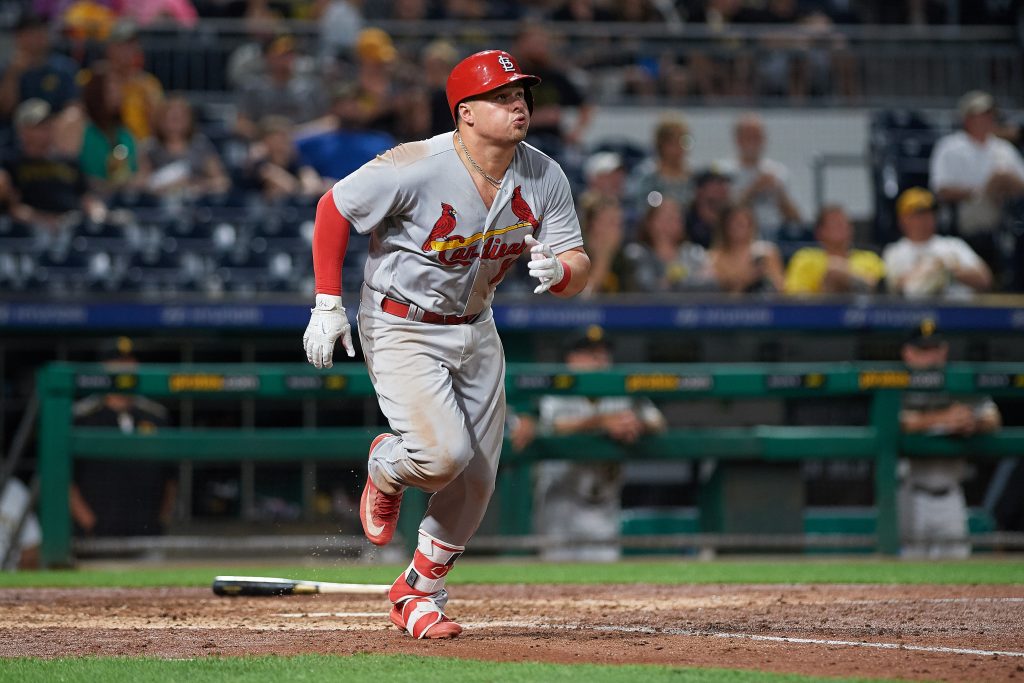 By trading away Shreve and Gallegos, the Yankees clear a spot on the 40-man roster for J.A. Happ, who is scheduled to make his New York debut on Sunday against the Royals. After the Britton deal gave New York a second left-hander in the bullpen, it appeared Shreve would be the odd man out.

Since coming to the Yankees in a trade from the Atlanta Braves in 2015, Shreve had a 3.89 ERA in four seasons in the Bronx. He appeared in 35 or more games each season and had 201 strikeouts.

As for Gallegos, he gets a fresh start in a new organization after being in the Yankees system since 2011. The 26-year-old has a 4.75 ERA in 20 career Major League games (2017-2018) and has gone back-and-forth from Triple-A to the big leagues this year.

Once again, this move allows the Yankees to free up some spaces on the 40-man roster and they at least got something back for Shreve and Gallegos. It also speaks to the job that A.J. Cole has done with the Yankees this year out of the long relief role.

The Yankees decide to take a flyer on Voit and whether or not his good Triple-A numbers in the Pacific Coast League will translate over to the International League. At the very least, they do add some bonus money to help out with international free agent signings.