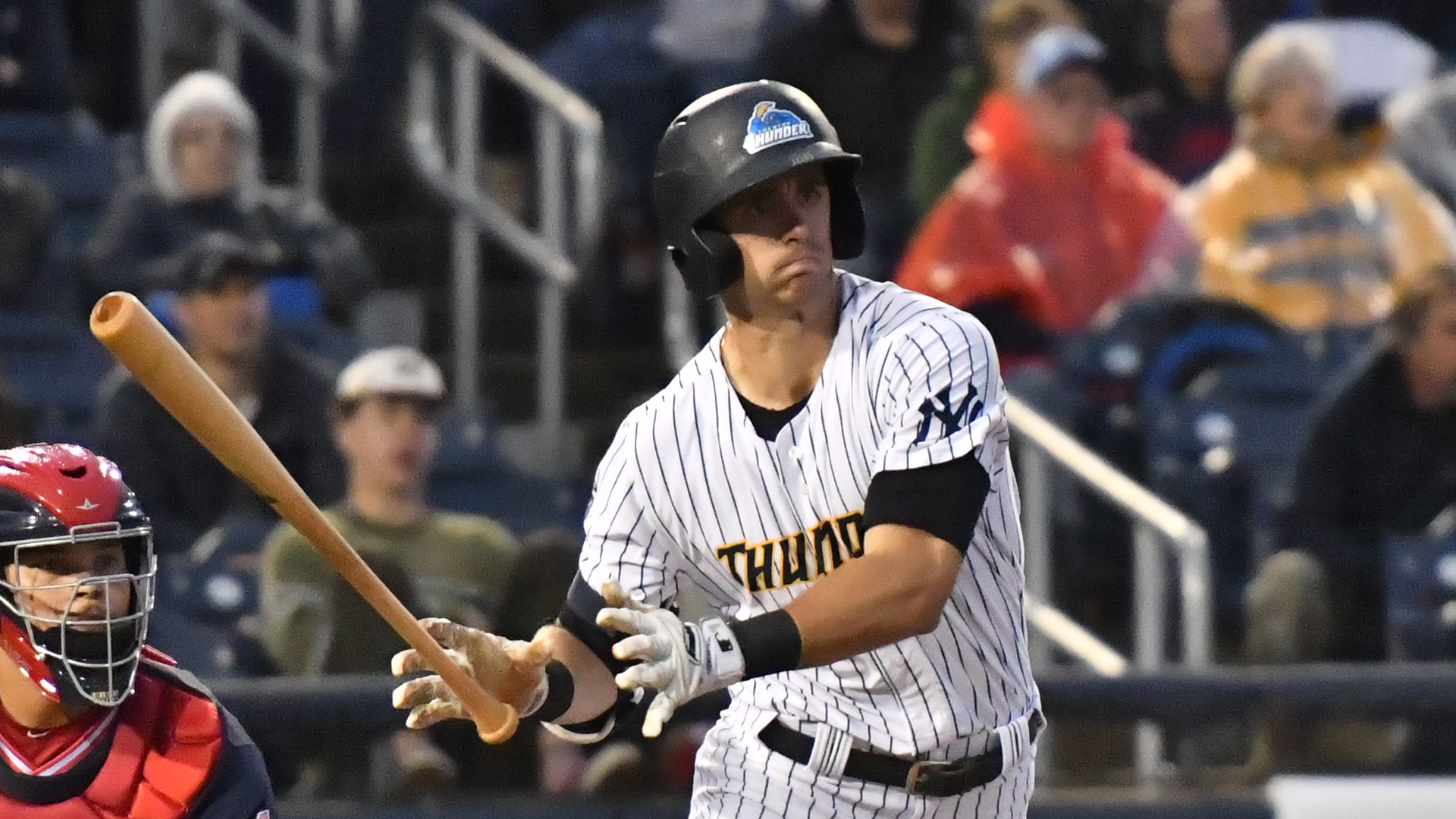 Despite the losses that the Yankees took in the major league portion of the 2020 Rule V Draft, they were able to add a couple of pitchers in the minor league phase to their organization. The Yankees selected LHP Matt Krook from the Tampa Bay Rays and RHP Reggie McClain from the Philadelphia Phillies.

Krook was selected with the 35th pick in the 2013 MLB Draft by the Miami Marlins out of St. Ignatius High School in California, but he elected to go to Oregon. While in the PAC-12, he had a strong freshman season (2-1 with a 1.79 ERA over 45.1 innings). However, he had to undergo Tommy John surgery and missed all of 2015.

After playing in the Giants organization for 2 years, Krook was traded to the Tampa Bay Rays in the deal that sent third baseman Evan Longoria to San Francisco in December 2017. In 2018-2019, he spent his seasons at Double-A Montgomery. In 69 career games at Double-A (24 starts), Krook was 6-5 with a 4.35 ERA and had 147 strikeouts to 82 walks in 124 innings.

Here is video of Krook from his stint in the Arizona Fall League back in 2018 courtesy of FanGraphs.

For the Yankees, this isn’t a bad pick for them to take a chance on to try to see if they can get him to control his pitches. He has a three-pitch mix of a fastball, curveball, and changeup. Here is a scouting report on his pitches from John Eshleman of 2020 Baseball from back in 2018:

“He throws from a wide three-quarters slot, staying closed to create tough angle and deception. He sits at 91-to-92 mph, average lefty velo, but he gets swings through it nonetheless. His fastball life grades as 70, a turbo sinker that dives hard. He doesn’t have pinpoint command because of how much natural movement he gets on the ball, but he can hit spots enough to pitch with his stuff. Control is more a concern, as Krook will yank the pitch gloveside and fall behind, then need to elevate the FB where hitters can barrel it.”

As for McClain, the Yankees were able to take a pitcher who had big-league experience. Over the last 2 years, he has pitched in 19 games in the majors with the Seattle Mariners and Philadelphia Phillies. The right-handed reliever has a 5.81 ERA and has struck out 13 batters while walking 16 in 26.1 innings of work.

2019 was when McClain made his move into the bullpen. At Triple-A Tacoma, he held opposing hitters to a .203 average in 17 games before making his big league debut on August 2, 2019. As Jomboy of Talkin’ Yanks pointed out on Twitter, 11 of the 14 earned runs he allowed in 2019 came against the Houston Astros:

Someone just pointed this one out to me. Reggie McClain pitched in 14 games last year. 3 in Houston and 11 not in Houston.

Not in Houston: 18 innings 3 earned runs

I bet he's been reflecting and pondering some stuff this offseason pic.twitter.com/BcYLeu7IhW

McClain was more of a fly-ball pitcher with the Phillies in last year’s shortened season (29.2 percent of the time). He has a three-pitch mix with a fastball that averages at 93-94 miles-per hour to go with a slider and a changeup (FanGraphs). He should not be ruled out as someone who could pitch in the Bronx in 2021. Check out a video of his fastball from MLB.com

While the Yankees did add 2 pitchers in the minor league phase, they also lost a good portion of depth in the system. In terms of pitchers, RHP Matt Wivinis was selected by the Texas Rangers and RHP Kaleb Ort was chosen by the Boston Red Sox.

Wivinis was an undrafted free agent who worked his way up to Double-A in the Yankees system. In 101 career minor league appearances, he had a 2.23 ERA and had 178 strikeouts in 137 innings while holding the opposition to a .185 average at the plate.

In terms of position players, the Yankees lost some catching depth with Gustavo Campero going to the Angels. While Campero never played at a level higher than Rookie ball, the 23-year-old switch hitter has hit .296 in 74 career games in the minors. He has not hit many home runs (5), but 25 of his 69 hits went for extra bases. Behind the plate, he threw out 10 of the 25 runners that tried to steal on him in ’19 (40 percent).

In the outfield, the Yankees lost Ben Ruta as he was drafted by the San Diego Padres. The 26-year-old left-handed hitting outfielder was selected in the 30th Round by the Yankees in 2016 out of Wagner University. Ruta made the Eastern League All-Star Team in 2019 at Double-A Trenton and was consistent with his contact and getting on-base (.260/.330/.396 with 47 walks in 117 games).