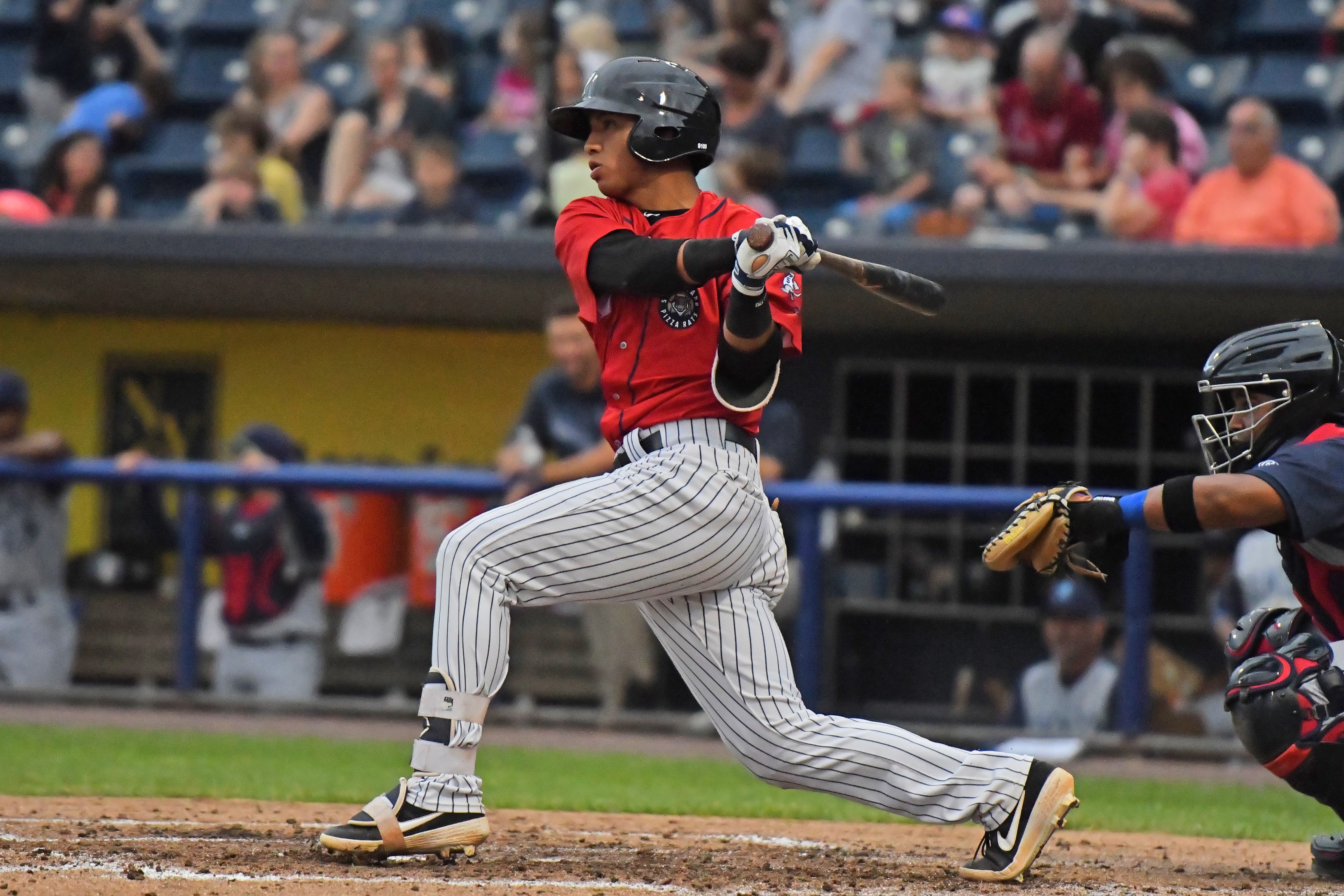 With the Rule-5 Draft coming up in a couple weeks, the New York Yankees added right-handed pitchers, Roansy Contreras, Yoendrys Gomez, and Alexander Vizcaino, as well as infielder, Oswald Peraza to the major-league 40-man roster, protecting them from the Rule-5 Draft. 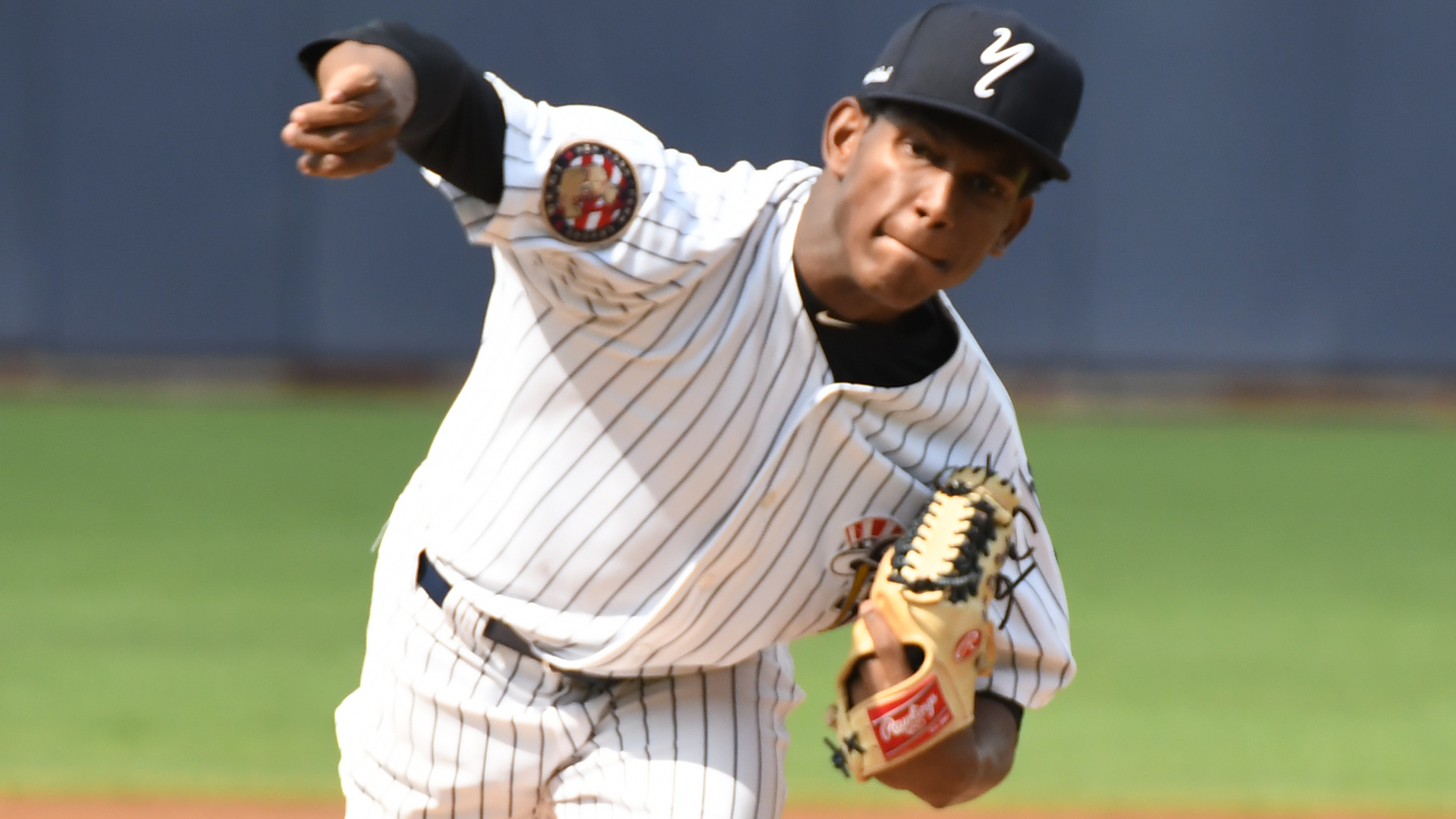 Yoendrys Gomez split the 2019 season with the Pulaski Yankees, the Yankees former rookie-level affiliate, and the Charleston River Dogs. He was 4-5 with 53 strikeouts in 2019, with 25 earned runs given up over the course of 56.1 innings pitched between Pulaski and Charleston.

Gomez is ranked as the Yankees’ No. 9 prospect. 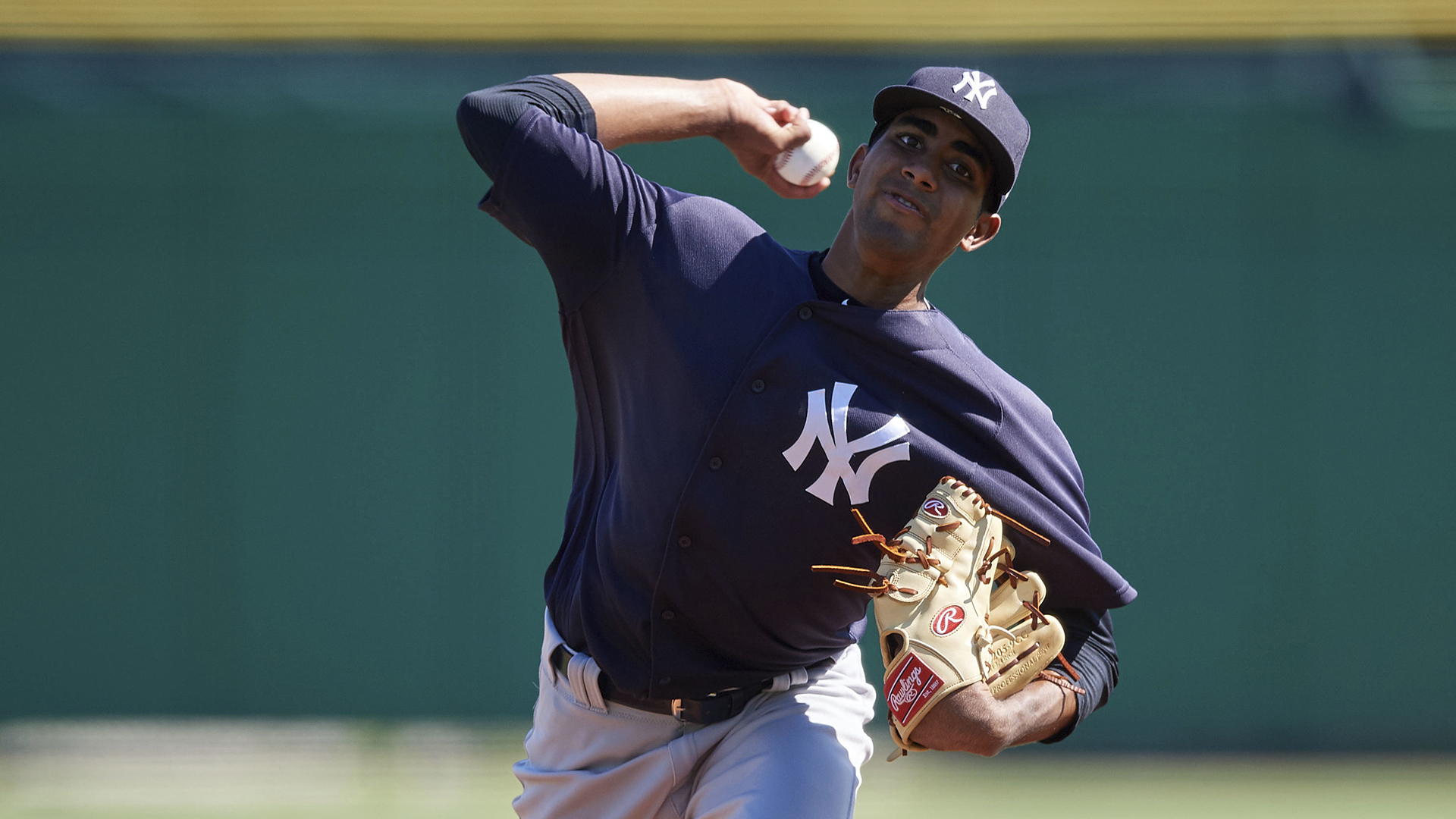 Alexander Vizcaino is the Yankees No.8—ranked prospect and in 2020 was a non-roster Spring Trainer invitee and was a part of the Yankees’ 60-player pool, where he spent the season at the Yankees’ alternate site in Scranton Wilkes-Barre.

Vizcaino split the 2019 season between Class-A Charleston, and Class-A advanced Tampa. He was 6-6 with a 4.38 ERA in 2019 between Charleston and Tampa, recording 128 strikeouts over the course of 115 innings-pitched, including 21 starts. He was ranked fourth among Yankees minor league pitchers in strikeouts and was named a South Atlantic League All-Star while with Class-A Charleston. 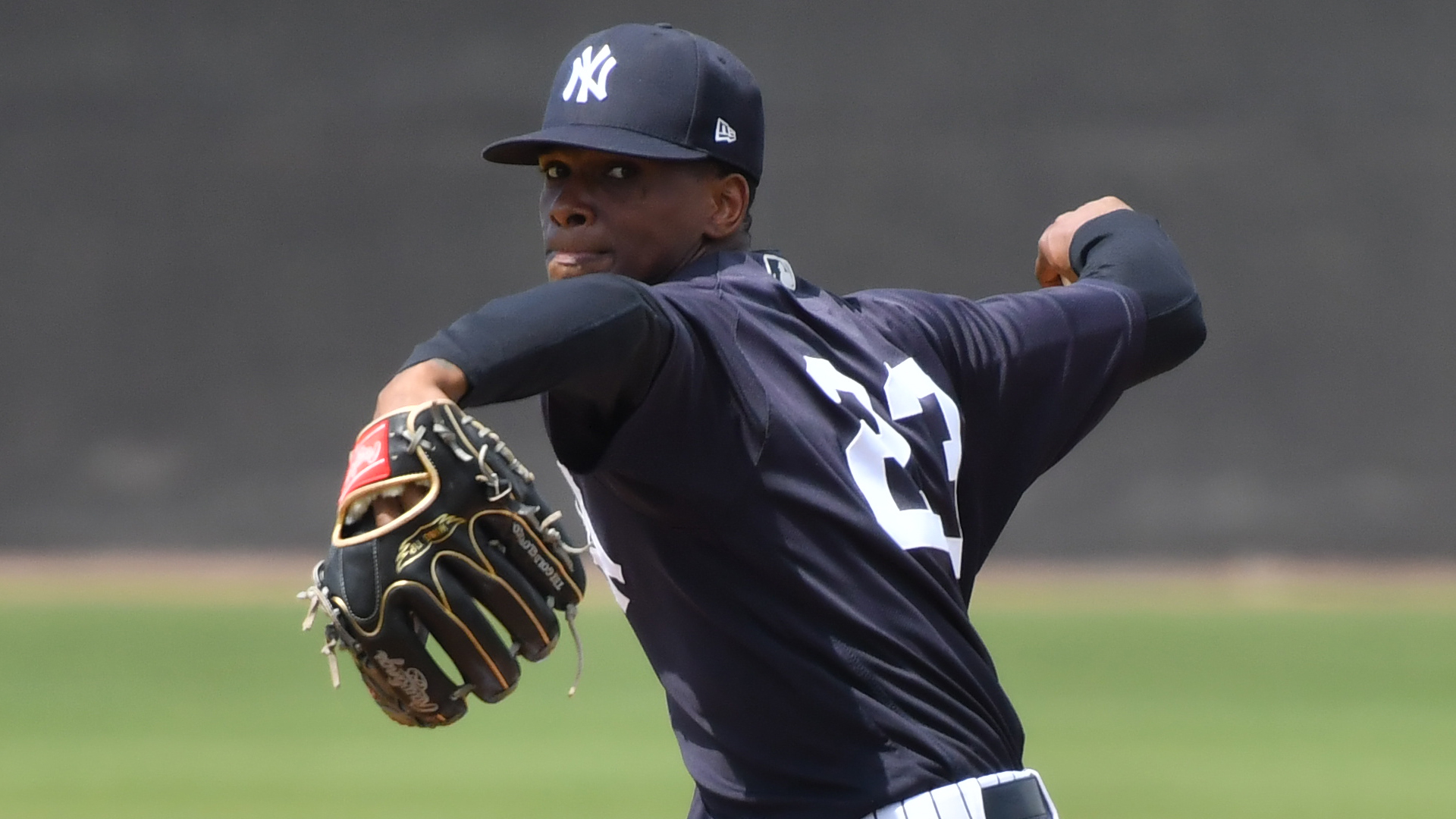 Alexander Vizcaino is a prospect not many fans know yet but he possess a powerful fastball. (Robert M. Pimpsner)

Oswald Peraza, the Yankees No. 4 prospect, split the 2019 season between the Staten Island Yankees and the Charleston River Dogs. Peraza hit .263, with 69 hits, six doubles, one triple, four home runs, and 20 RBI’s in 65 at-bats between Staten Island and Charleston. He also collected 38 runs scored in 2019. 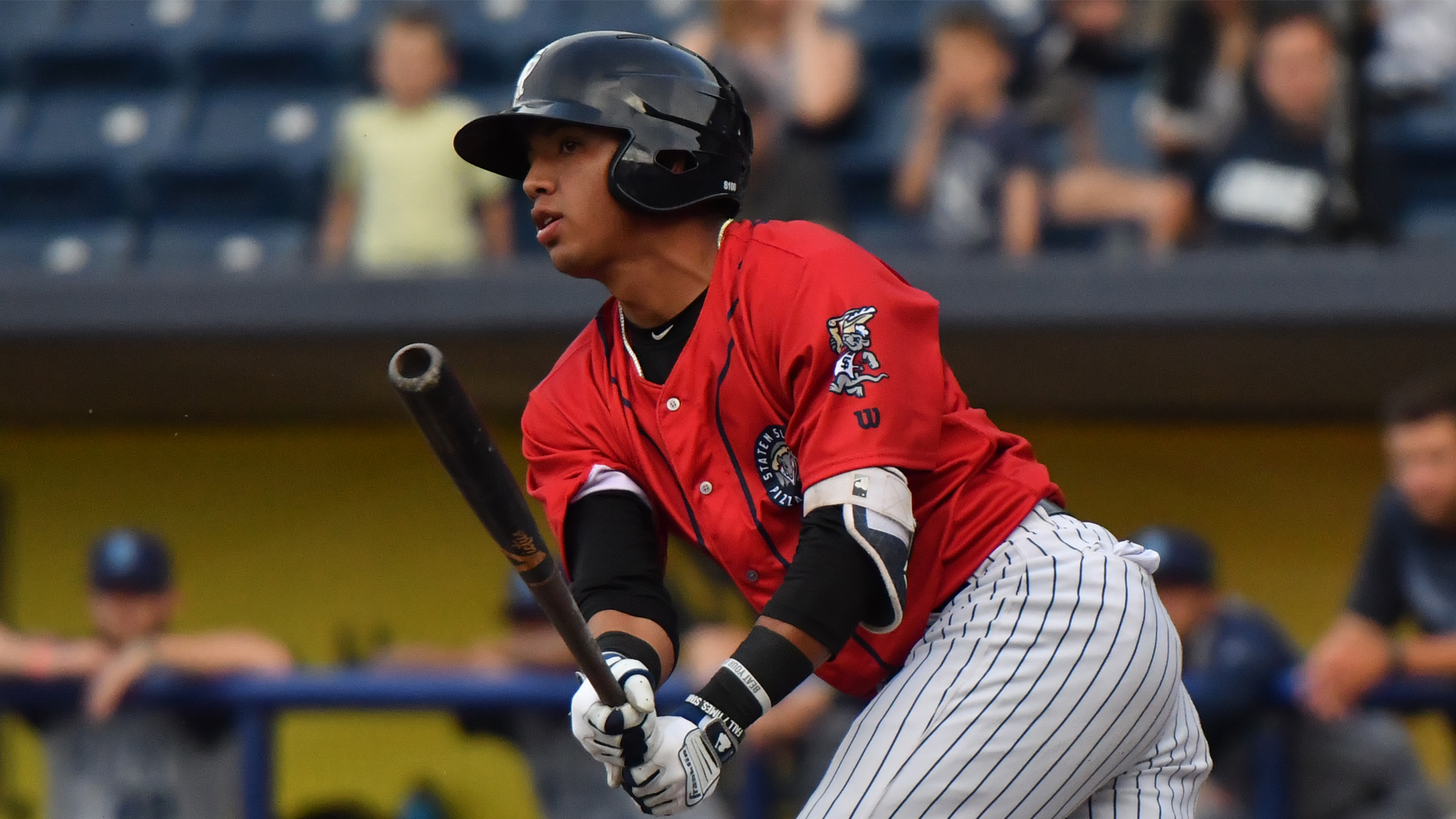 The Rule 5 draft will take place on December 10. By adding them to the 40-man roster, Contreras, Gomez, Vizcaino, and Peraza will all be safe from being drafted in the December 10 draft.