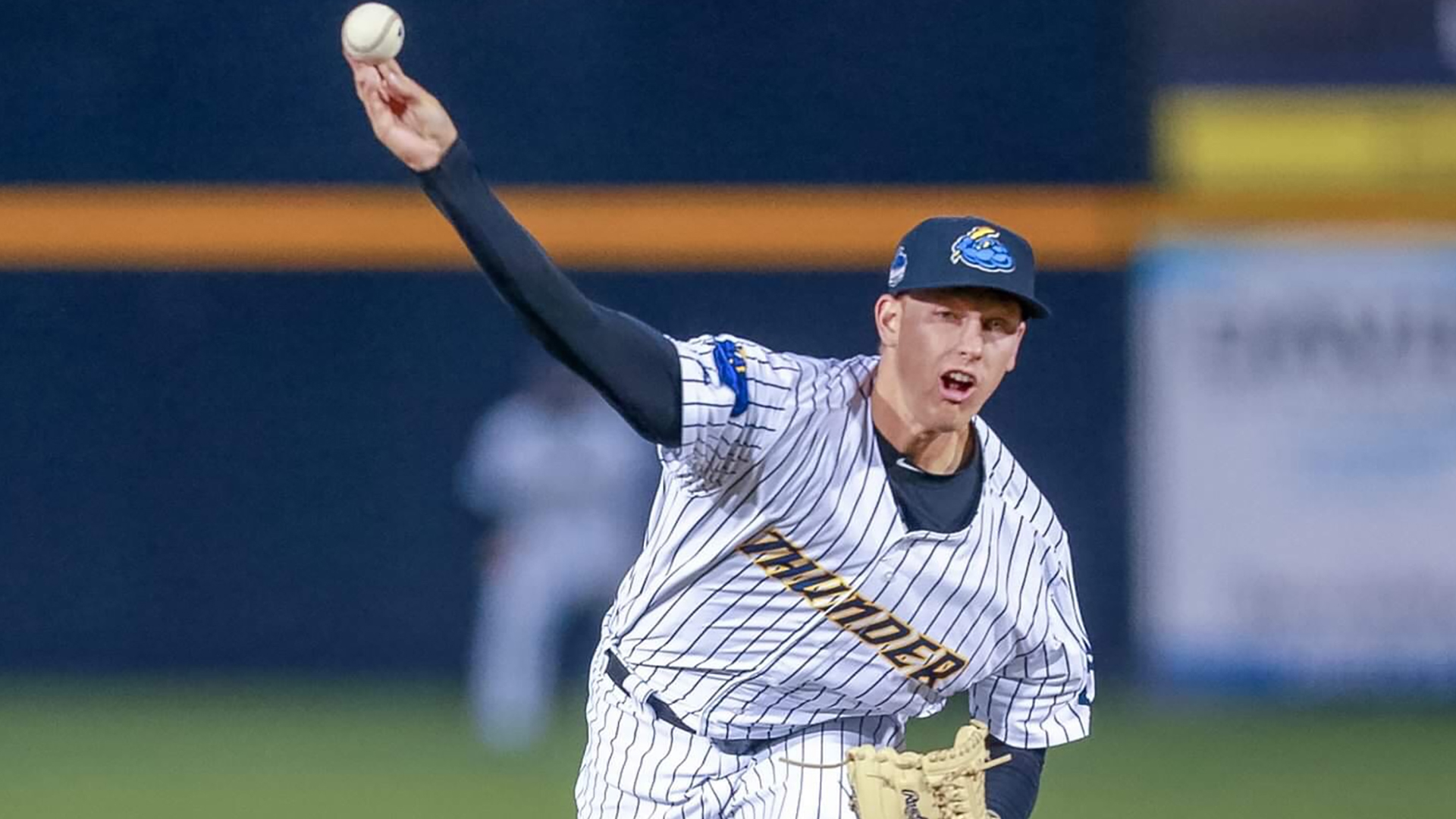 While the annual major league phase of the MLB Rule V Draft has been put on hold due to the lockout, the minor league portion of the draft took place on Wednesday. Since the Yankees had 36 players on their Triple-A roster, they were allowed to select up to two players.

With the 24th pick, they added to their pitching depth by selecting right-hander Steven Jennings from the Pittsburgh Pirates. Jennings was selected in the 2nd Round of the 2017 MLB Draft by the Pirates (42nd overall) out of DeKalb County High School in Tennessee.

Jennings was moved to the bullpen in 2021 after being a starter for the first three seasons of his professional career. He pitched for Low-A Bradenton, High-A Greensboro, and Double-A Altoona in 2021. The 23-year-old went 9-1 with a 4.99 ERA and had one save in 29 appearances. He had 59 strikeouts to 21 walks in 74 innings of work.

Out of the 29 appearances that Jennings made in 2021, he threw three or more innings in 13 of them. He is more well-known for his offspeed pitches (slider and curveball) than his fastball, which is usually in the low 90s in velocity.

Between 2018 and 2021, Jennings was able to drop his walk rate considerably as it went from 3.72 walks per 9 innings to 2.55 this past season. It will be interesting to see how the Yankees decide to use him in the upper levels of the farm system, but with all of the velocity they have in the organization, it never hurts to have one arm that might be able to mix it up with the offspeed. Maybe, New York can find some of that talent that caused Pittsburgh to take him in the early rounds in 2017.

In the second round, New York stayed with pitching and took right-hander Manny Ramirez from the Astros organization. No, it is not the Manny Ramirez that you were thinking of. This Ramirez was signed as an international free agent out of the Dominican Republic back in July 2017.

According to FanGraphs, Ramirez was listed as the 29th best prospect in the Houston Astros organization. While the right-hander can get the fastball up to 97 mph, Eric Longenhagen states that command is going to be something the 22-year-old has to work on:

“Ramirez’s velo and breaking ball give him considerable ceiling but he needs to develop at least a full grade of control to even be viable in relief.”

While some expect the Yankees to get plenty of their players taken in the MLB Rule V Draft when that occurs, the system didn’t take a big hit on Wednesday. However, the Boston Red Sox selected right-hander Brian Keller in the second round of the draft. Keller joins the likes of Kaleb Ort, Raynel Espinal, and Garrett Whitlock (MLB phase) that Boston has taken from the Yankees in the last two years.

Keller was selected in the 39th Round of the 2016 MLB Draft by the Yankees out of Wisconsin-Milwaukee. After being primarily a starter from 2017-2019, Keller moved to a hybrid role in Triple-A Scranton Wilkes-Barre in 2021. The 27-year-old had a 2.77 ERA and had 65 strikeouts to 46 walks in 55.1 innings of work while holding opponents to a .214 batting average.

As a reliever, Keller shined with the RailRiders as he pitched to a 1.80 ERA in 15 appearances (36 strikeouts to 17 walks). It is no surprised that Boston would look to take him as a good Triple-A arm when you consider Keller did not allow a run in the two outings he had against Worcester this past year.

With Keller now with the Red Sox, it allows one of the Yankees talented Double-A arms in Luis Medina, Ken Waldichuk, or Hayden Wesneski to have a possible Triple-A rotation spot when the season begins next April.