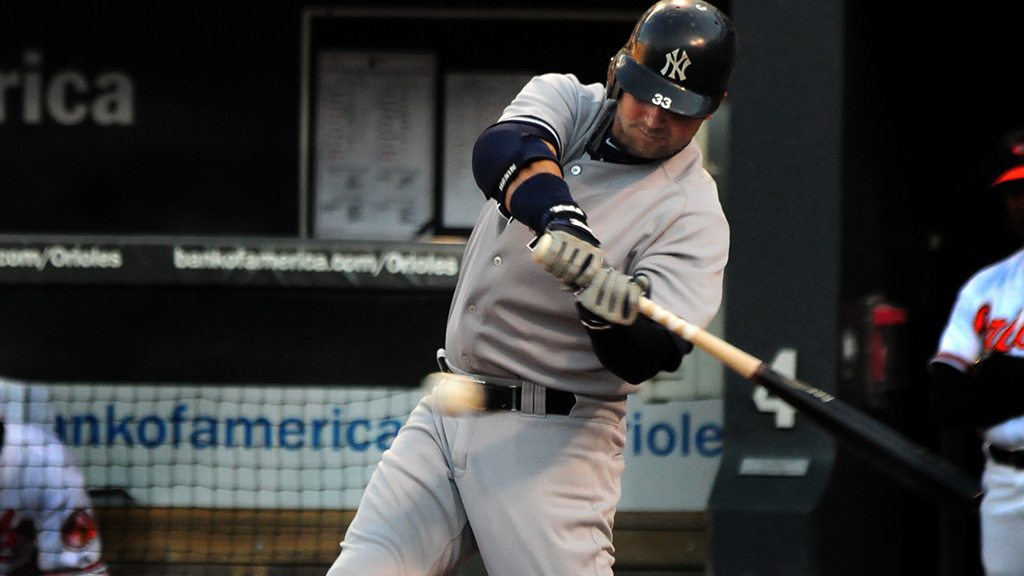 The New York Yankees turn to the past as they prepare for the future, signing free agent outfielder Nick Swisher to a minor league contract after he had recently been working out at the team’s complex in Tampa.

Swisher, 35, most recently was released by the Atlanta Braves at the end of spring training after batting just .196/.312/.320 in 260 at bats last season. Since leaving the Yankees to sign with his hometown Cleveland Indians in 2013, Swisher has battled a myriad of physical ailments including surgery on both of his knees. Physical limitations have sapped Swisher of his previous offensive production and rendered him a defensive liability in the field.

Swisher originally came to the Yankees in an offseason trade with the Chicago White Sox for infielder Wilson Betemit and pitching prospect Jeff Marquez, quickly becoming a fan favorite in pinstripes and the club’s most productive right fielder since Paul O’Neill‘s retirement after the 2001 season. In four seasons in the Bronx, Swisher averaged 26 home runs and 87 runs batted in and was a key member of the 2009 World Series championship team.

According to Mark Feinsand of the Daily News, Swisher will likely play at Triple-A Scranton Wilkes-Barre and may opt out of his contract if he is not on the major league roster by June 15.

A source said Nick Swisher’s minor-league contract with the Yankees will include a June 15 opt-out if he is still at Triple-A.

Since losing Greg Bird for the season due to a shoulder injury in early February, the Yankees have been in need for insurance policies at first base, even after signing free agent Chris Parmelee and believe Swisher can rebound if healthy in a familiar setting.