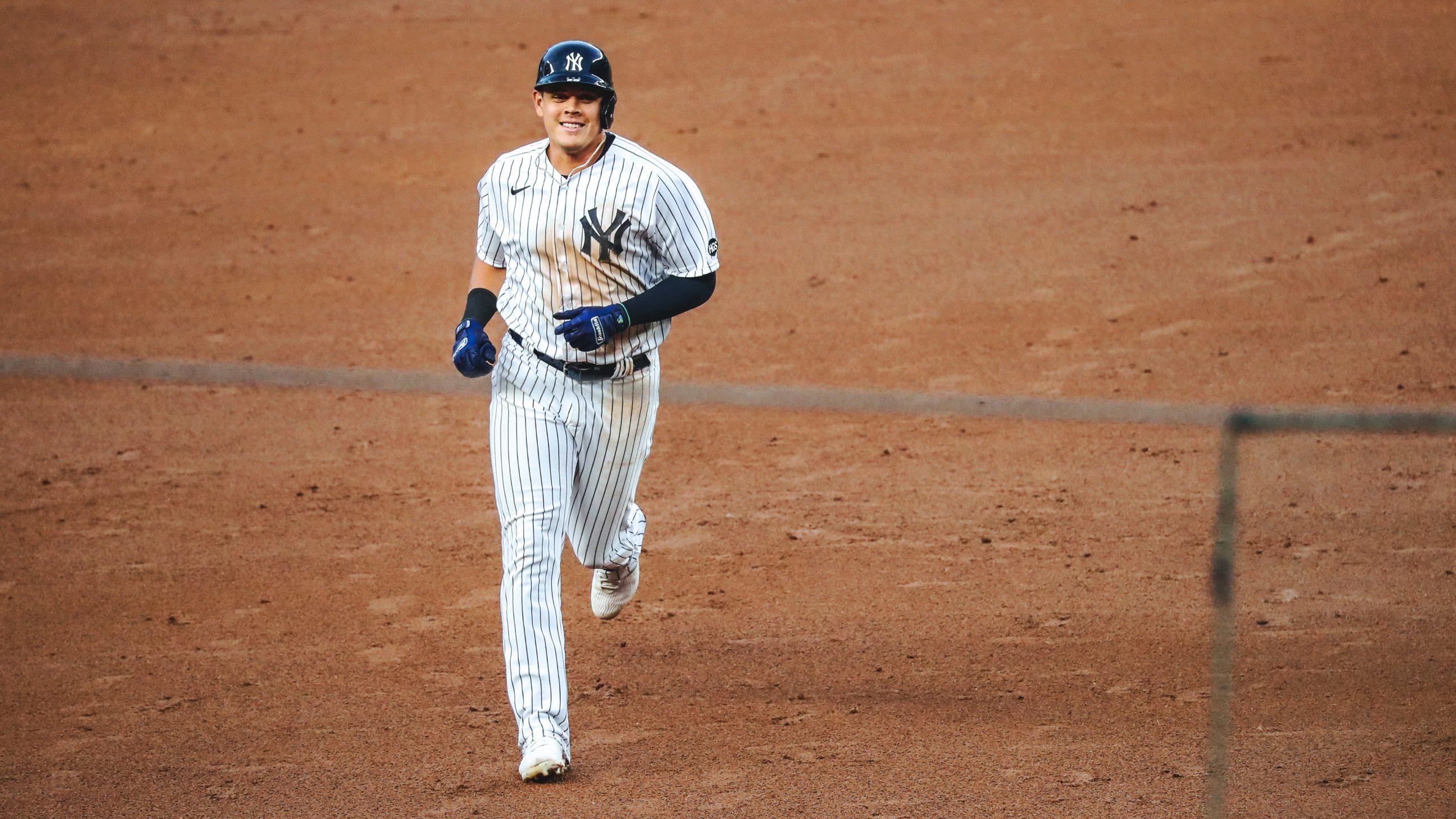 The final score of game one was 8-4 in the Yankees’ favor. Chad Green got the win for the Yankees and Glasnow got the loss for the Rays.

The final score of game two was 5 to 3 Rays, with Fairbanks getting the win for the Rays, King getting the loss for the Yankees, and Anderson with the save for the Rays.

The scoring in game one started in the top of the third inning, on a home run by Mike Ford to center field that scored Aaron Judge to put the Yankees on top 2-0 over the Rays.

Gio Urshela would later follow with a double that scored Giancarlo Stanton and Gleyber Torres to extend the Yankees’ lead over the Rays to 4-0.

In the top of the fifth, Giancarlo Stanton came up and homered on a fly ball to left-field. It was a solo home run for Stanton that increased the Yankees’ lead over the Rays to 5-0.

In the bottom of the fifth, the Rays struck back on a Ji-Man Choi Double that scored Mike Zunino to bring the score to 5-1.

Following Choi, Jose Martinez homered off of Gerrit Cole and the Rays were within 5-2.

The Rays again struck back in the 6th, however, on a Kevin Kiermair ground out that scored Hunter Renfroe. It was 7-4 Yankees.

Then in the seventh, Gio Urshela would collect his third RBI of the night on a sacrifice fly to center that scored Mike Tauchman.

That score would stay and the Yankees would go on to defeat the Rays 8-4 in Game 1 to collect their 10th win of the season, and bring their record to 10-4.

Aaron Boone met with the media following game one and spoke on Gerrit Cole’s outing. Boone stating Cole looked really good again and that credit to the Rays, who made Cole work and drove his pitch count up. He stated the Rays were able to get a guy on base every inning and had some long at-bats, but Boone thought Cole was sharp overall, other than a couple mistakes at the end. Boone stated Cole was pulled only because of an elevated pitch count and toward the end seemed to be tiring.

Boone also spoke on Mike Ford in the game and stated that he knew he wanted to play him one of the games and that he’s a really good hitter and they liked him against velocity and he jumped on a good Glasnow heater.

Boone also spoke on Gary Sanchez’s continued struggles at the plate, stating that he was more in the fight tonight and that he’s close to breaking through.

Gerrit Cole met with the media following his 4.2 IP, 10 Strikeout performance this afternoon. Cole stating that he rates his appearance as both “good and bad,” stating that his fastball location was improved, but that his pitch count got up there and he wasn’t able to finish the outing the way he wanted to. Cole stating tonight was improvement, so he’ll take it.

Cole stated that he got no quick outs tonight and fell behind some guys, would get late in counts and then get contact in the field. He was unhappy with how quickly his pitch count rose tonight.

As far as getting swings and misses, Cole stated that his location was crisp for the most part, which he credits to a tweak he made in his delivery with staying over his legs better, which he stated allowed him to get through toward the end and nail his spin access. Cole stating that he doesn’t feel in “mid-season” form yet with not getting through his outing, but that he felt like his stuff was crisp and that it’s another step in the right direction for him. Cole stating he hopes to finish his outing next outing.

Cole came in after 4.2 IP and looked at the game chart with pitching coach, Matt Blake. Cole stating he did that to look at his pitch count and how many pitches he threw to certain batters.

Mike Ford met with the media following game one, and spoke on his home run, stating his game-plan was to be ready for a heater, and he got one that was middle-middle and one of the Rays’ pitching mistakes, and Ford was able to get on top of it.

Ford also spoke on Judge’s MLB-leading eighth home run, stating that, “it’s what you expect from Judge.” Ford also stated, “he’s an intimidating figure when he’s in the box,” stating that with Judge being a friend, it’s great to see him get off to the hot start that he is having this season for the Yankees. 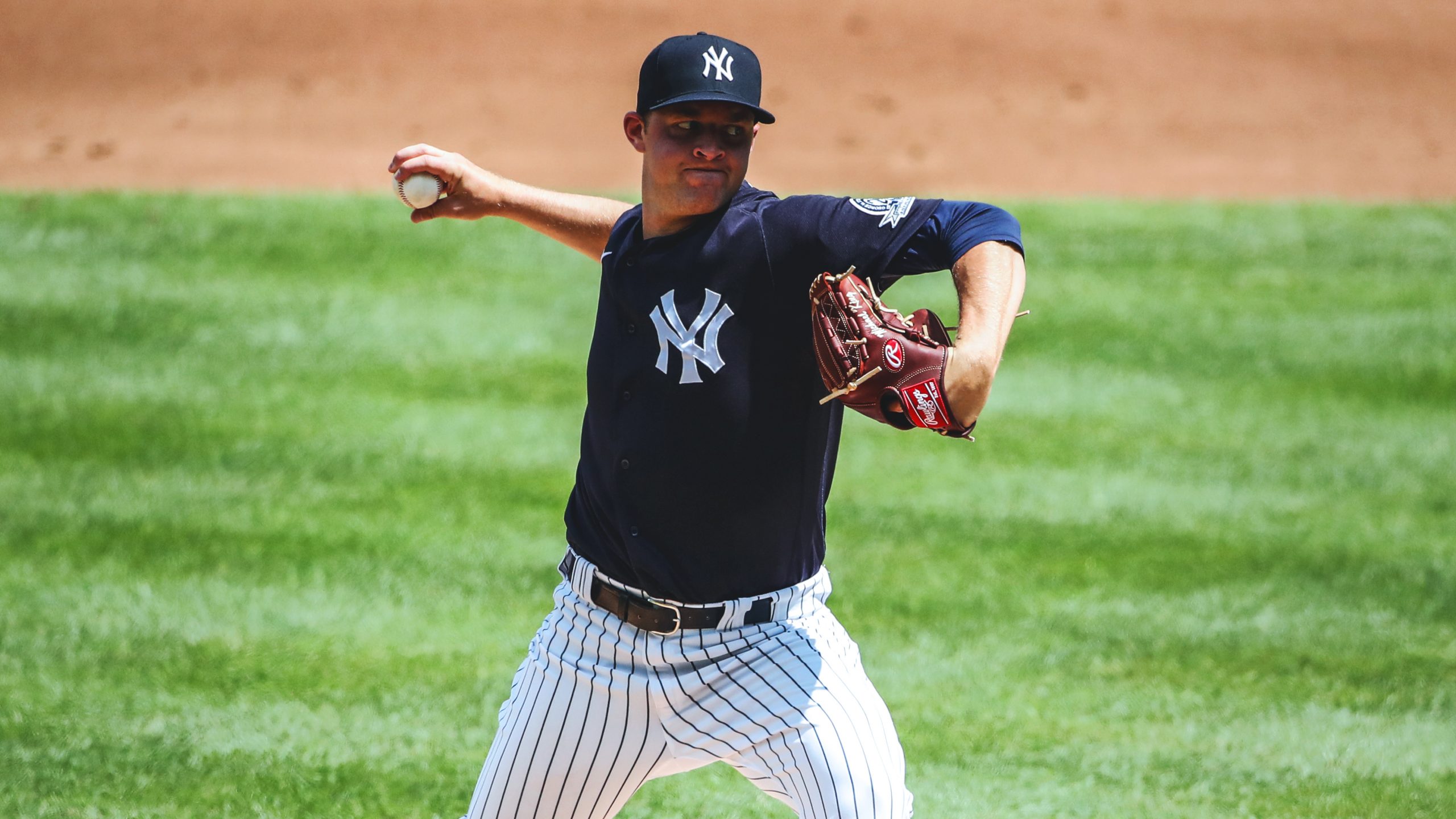 The scoring started in game two in the bottom of the 1st inning with Michael King walking Yoshi Tsutsugo to score Austin Meadows. The Rays would take an early 1-0 lead.

In the top of the 4th, however, the Yankees struck back off of a single by Luke Voit that scored Stanton to tie it up 1-1.

In the bottom of the fourth, the Rays would retake the lead on Austin Meadows single that scored Adames and Kiermair and the Rays would take a 3-1 lead.

In the bottom of the fifth, Kevin Smith singled and scored Ji-Man Choi and Wendle to give the Rays a 5-1 lead over the Yankees.

In the top of the seventh, the Yankees made an attempt at a comeback. DJ LaMahieu would single and score Urshela and Kratz to bring the score to 5-3 Rays. Aaron Judge, with one on, would fly out on a deep fly ball to center and the Rays would go on to win game two by a score of 5-3 over the Yankees to split the doubleheader. The game 2 loss would bring the Yankees record to 10-5.

Aaron Boone met with the media following Game two, in which Giancarlo Stanton exited the game with an apparent hamstring injury. Boone stated that when Stanton moved up to second a wild pitch, it tightened up on him. Stanton will be getting an MRI, but according to Boone, is likely headed to the IL. Boone stating he’s hurting for Stanton in knowing the work he’s done to get to where he is. Boone stating hopefully it won’t keep Giancarlo down too long.

Michael King met with the media following his game two outing. King stating he was getting down to most batters 1-0, which wasn’t a recipe for success for him. King stating he was getting too rotational in his delivery opposed to getting down and behind the ball. He was unhappy with his glove-side command, which he stated began to frustrate him in the 4th inning, along with a call he wanted from Carapazza that was a ball and King thought it was a strike. King stating that he just couldn’t lock in tonight.

He stated he was happy to get his first start under his belt, but wishes his fastball command was better and that he could’ve had a better result from tonight’s outing.

Aaron Judge met with the media following game two. Judge flew out to center to end the game, stating he knew off the bat that he had just gotten under it and wasn’t on top of it like he should’ve been.

Judge spoke on Stanton potentially heading to the injured list, stating, it’s a tough loss, with Stanton who has started out the season with AL MVP-type numbers, but that the Yankees are a stacked team and it’s time for the “next man up” mentality and that there’s guys who are chomping at the bit to come get their shot and put in work.

Gleyber Torres also met with the media following game two, stating he didn’t change anything about his approach tonight in a much better outing than he had been having. Torres stating he had been frustrated by the way he was hitting before and that he is trying to focus and put in work every day to better himself. He stated that sometimes baseball is tough and you feel good and have to leave everything on the field. He stated he tries to play and enjoy the game.

Torres also spoke on potentially losing Stanton, stating that losing “G” is tough, especially with the start to the season that he had. He stated the Yankees are losing a power hitter in Stanton and Torres hopes he’s not too hurt and can be back soon. Torres also speaking on the “next man” mentality that the Yankees have and the deep roster and taxi squad they have, full of guys waiting for the opportunity to play.