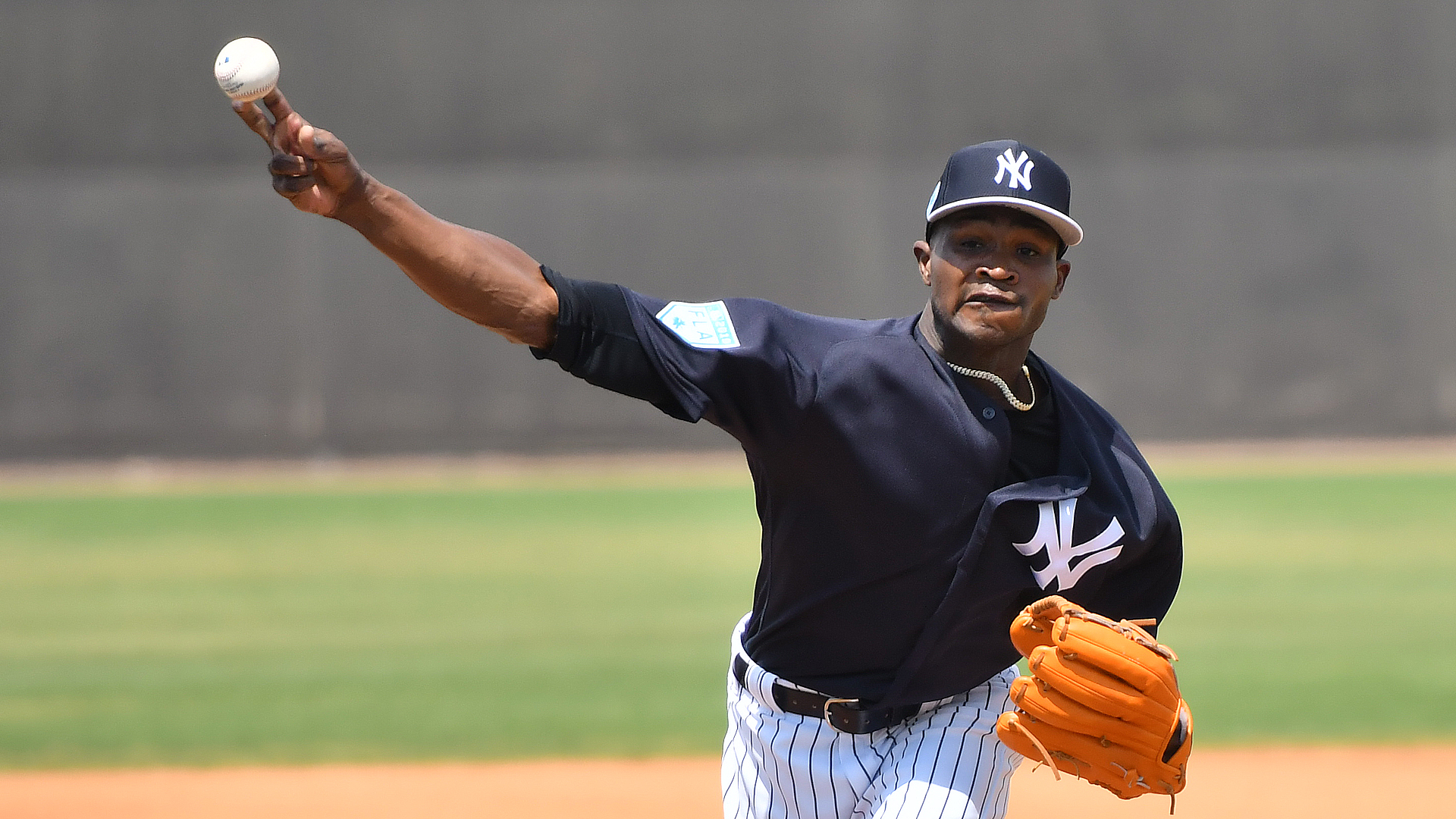 After 534 days after his last inning on the mound, Domingo German made his 2021 spring training debut in Friday’s tie to the tigers. Yankees’ pitching was the story of Friday’s game, combining to allow just one, gave up just four hits, and struck out 10 in Tampa, FL. in what was the Yankees’ first full nine-inning contest of spring training. The offense was mostly quiet with Gleyber Torres scoring the Yankees’ only run with a solo home run in the fourth off of the Tigers’ Tyler Alexander.

Domingo German, as stated above, made his spring debut on Friday. It had been 534 days since he had stepped on a mound after missing 2020 after violating MLB’s domestic violence policy. German dominated in his first appearance back. He threw just 31 pitches, 14 pitches in the first inning and 17 pitches in the second. He gave up just one hit and struck out four. He threw 21 total strikes out of his 31 pitches thrown, with a three-pitch strikeout to the first batter he faced in the first inning.

German is expected to make the roster in 2021, but he needs to prove himself this spring to earn his spot in the starting rotation back. He started off his campaign for a spot strong on Friday. Acting manager Carlos Mendoza said he thought German’s outing was “really good.” He said his fastball had life, the changeup was really good and was used effectively, along with the breaking ball. Overall Mendoza said German had a really good outing.

German in his post-game press conference said he was excited to be back on the field, and that he felt relaxed on the mound. German said pitching in Winter ball gave him the confidence to know he could still compete and pitch well in the league.

Michael King came in to relieve German in the third. He threw two innings, giving up just one hit and struck out one in two innings of relief for the Yankees. He threw 24 innings, with 18 of those strikes.

LeMahieu Continues to Dominate at the Plate

“The Machine,” DJ LeMahieu went two-for-two Friday against the Tigers as he continues to show why he earned the batting title in 2020. He has a .500 batting average and a 1.056 OPS thus far in spring training.

Gleyber Torres added to the Yankees’ spring home run fest, hitting a solo home run in the fourth inning off of Tyler Alexander. Gleyber continues to have a strong spring, with a .500 average and a 1.500 OPS this spring.

The Yankees’ pitching staff was the story of Friday’s game with the offense fairly quiet. With the Yankees needing to improve their pitching from the past few seasons, today was a positive outing for the Yankees’ starter and bullpen. They had life and combined for 10 total strikeouts in Friday’s tie to the Tigers.