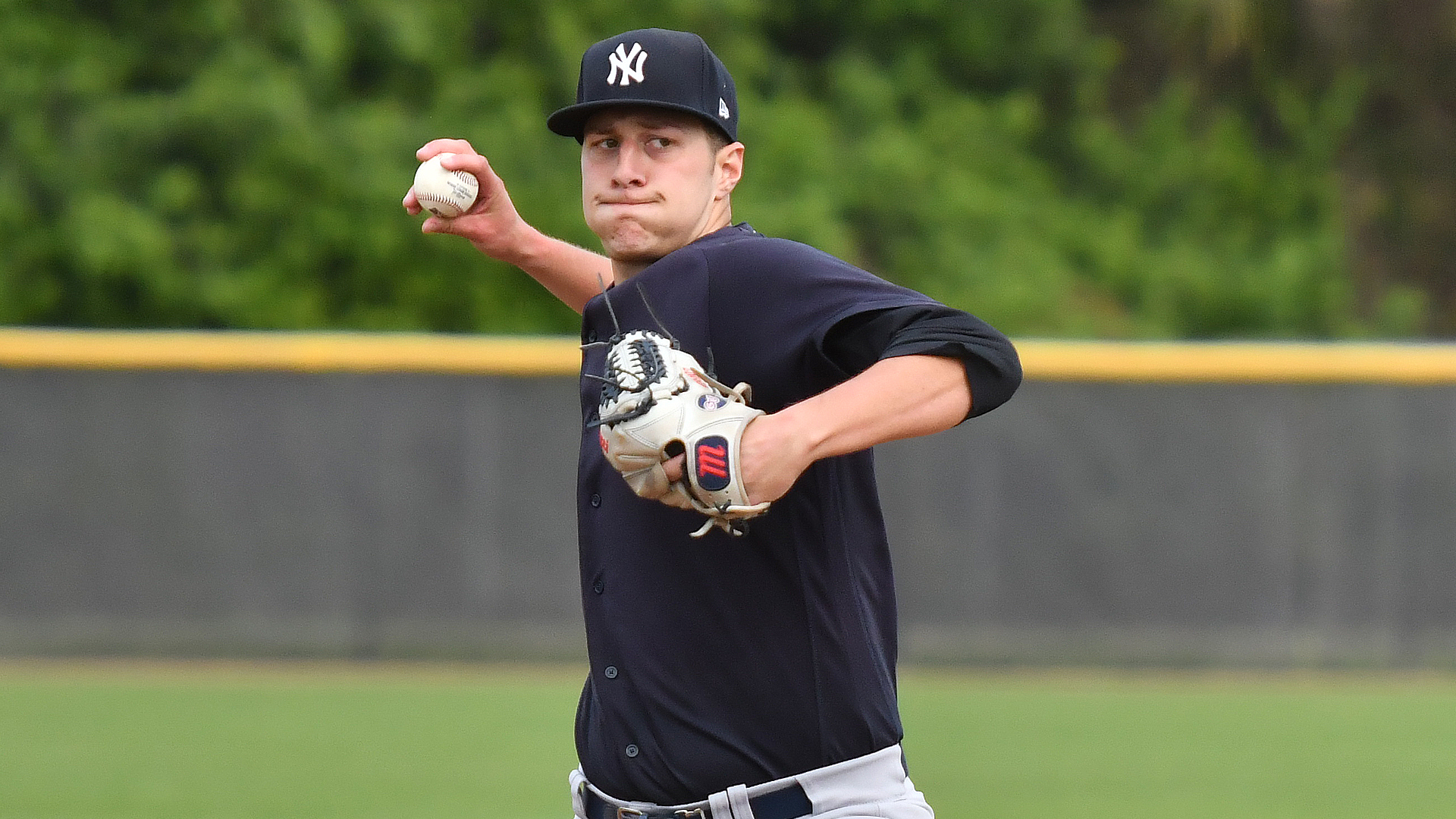 The New York Yankees got their regular season underway on Thursday. As for the minor leaguers, the full-season affiliates will get their years started on April 4. On Friday, the rosters were announced for those four teams courtesy of the Yankees Player Development account on Twitter:

Yankees Minor League rosters are in. Here is how @swbrailriders (AAA), @TrentonThunder (AA), @TampaTarpons (A+), and @ChasRiverDogs (A) will look: pic.twitter.com/jWWXbgEj7x

First, let’s start with the Triple-A Scranton Wilkes-Barre RailRiders. Clint Frazier headlines the outfielders out there as Frazier continues to try to work his way into a Major League roster spot. In the infield, Tyler Wade was one of the first few names left off the 25-man roster, so his versatility in Triple-A will be something to monitor to start the year.

In addition to Wade, shortstop Thairo Estrada is back after playing only 18 games in the farm system a year ago. When healthy, Estrada showed he can hit advanced pitching when he hit .301 in 122 games for Double-A Trenton in 2017. With a full offseason this year as opposed to last year when he was recovering from a gunshot wound, it shouldn’t surprise anyone if he has a strong ’19 campaign.

On the mound, Scranton Wilkes-Barre has some big names in their rotation such as Chance Adams and Gio Gonzalez, who is currently on a minor-league deal. A name that could fly under-the-radar is right-hander Adonis Rosa. Rosa had a 3.92 ERA in his last four starts at Triple-A a year ago and won 14 games across three affiliates over the course of 26 games.

Moving on to Double-A Trenton, their rotation is going to be fun to watch. It will be headlined by Albert Abreu, but other names to consider are Garrett Whitlock, Nick Nelson, and Nick Green (recently returned to the organization by the Diamondbacks).

Outside of the rotation, two bullpen arms to monitor are Kaleb Ort and Daniel Alvarez. Ort had 69 strikeouts in 55.1 innings for Single-A Advanced Tampa and Trenton. As for Alvarez, the 22-year-old right-hander had a 1.30 ERA in 23 outings for Short-Season Staten Island and Single-A Charleston and he held opponents to a .194 average. With Alvarez skipping Tampa to go to Trenton, that is something to keep in mind.

As far as position players go, that group is headlined by the Player of the Year in the organization last year, infielder Brandon Wagner. Wagner had 21 home runs and 67 RBIs a season ago and he will be joined in the infield by shortstop Kyle Holder.

Out in the outfield, Trey Amburgey is back in Trenton for a second straight year after hitting 16 home runs and 74 RBIs a year ago.

The Single-A Advanced Tarpons have a rotation that features two of the top pitchers in the system in Clarke Schmidt and Deivi Garcia. Schmidt, who was the Yankees’ First Round pick in 2017, skips Charleston as he continues his development.

One name in the Tampa bullpen that moves up after only two appearances in Charleston last year is Brooks Kriske. The 25-year-old right-hander returned last year after missing the whole ’17 season and was dominant as he had 39 strikeouts to nine walks in 28.2 innings of work (1.57 ERA).

While catching isn’t the deepest position in the Yankees system, Tampa has a strong duo behind the plate in Jason Lopez and Donny Sands. Lopez played 13 games with the Tarpons last year and hit .272 with eight home runs and 35 RBIs in 85 games for Charleston and Tampa. Sands had an injury-riddled ‘18, so it will be interesting to see how he does after a healthy offseason.

The outfield features one of the Yankees’ acquisitions in the Rule V Draft in Tyler Hill. Joining Hill in the outfield is Isiah Gilliam, Pablo Olivares, and Rashad Crawford. Olivares had ten stolen bases for Tampa and Charleston a year ago while hitting .322 over the course of 70 games.

Finally, Charleston is one of those affiliates you are going to want to see because of their pitching. Most of their staff comes from a Staten Island squad that was arguably the best in the New-York Penn League a year ago.

Some of the notable names in the Riverdogs rotation are Roansy Contreras, Luis Medina, Luis Gil, and Matt Sauer as well as Rule V pick Adonis De La Rosa. Also, Shawn Semple could pick up right where he left off after having 17 strikeouts and one walk over the last two starts of the year for Charleston.

Those pitchers will have Josh Breaux as one of their two battery mates. Breaux had 28 hits with Staten Island in 27 games with nine of those hits going for extra bases (all doubles). He would help catch the staff along with Eduardo Navas.

Finally, Josh Stowers is one of the four outfielders in Charleston. Stowers was acquired from the Mariners earlier this offseason. He will be joined by Frederick Cuevas and two players from last year’s draft, Brandon Lockridge and Isaiah Pasteur.

Scranton Wilkes-Barre, Tampa, and Charleston will all open their seasons on the road Thursday. As for Trenton, they will begin their season on the road as well, but on April 5 against Erie.