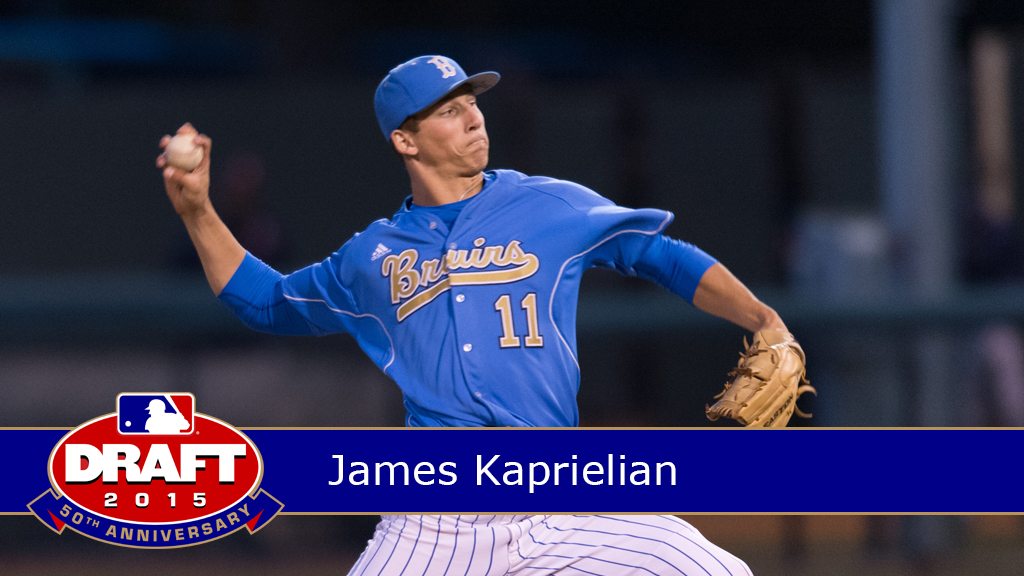 In a year where the New York Yankees farm system is experiencing their greatest renaissance since the days of Gene Michael and Buck Showalter in the early 1990s, yet another Yankees prospect is moving quickly up the ladder towards the top of the heap. James Kaprielian, the sixteenth overall selection in the 2015 first year player draft has been assigned to the short-season Staten Island Yankees of the New York-Penn League.

Kaprielian, the number five prospect in the Yankees farm system according to MLB.com, spent the past three seasons as a starter and reliever at UCLA. After signing with the Yankees on July 15th, Kaprielian recorded an earned run average of 11.57 in two appearances with the second Gulf Coast Yankees affiliate. Pitching exclusively out of the bullpen in the GCL, Kaprielian pitched two scoreless innings in his most recent outing on August 17th, after a rough debut last week in a previously suspended game against the GCL Astros in which he surrendered three runs in just one third of a inning.

The Staten Island Yankees have proven to be an unofficial prerequisite for this year’s draft class comprised primarily of proven college players with quality credentials. After making his first appearance, Kaprielian will become the eighth of the Yankees first ten draft picks to join the Baby Bombers roster. The roster move comes just three days after Jeff Degano, a second round draft choice out of Indiana State University made his debut for Staten Island against the Vermont Lake Monsters, allowing just one run in less than three innings of work.

Kaprielian will replace Jose Mesa Jr. on Staten Island’s active roster after Mesa received a promotion to the Charleston RiverDogs  earlier in the week. With less than thirty games remaining in the New York-Penn League season, the organization anticipates giving Kaprielian an opportunity to pitch in front of live crowds against stronger competition in the thick of a pennant race. The organization expects Kaprielian to advance to a full season club next season and rapidly progress up the pipeline given his college pedigree.

UPDATE: Kaprielian will make his Staten Island Yankees debut on Saturday, August 22 against the Lowell Spinners at Lelacheur Park in Lowell.