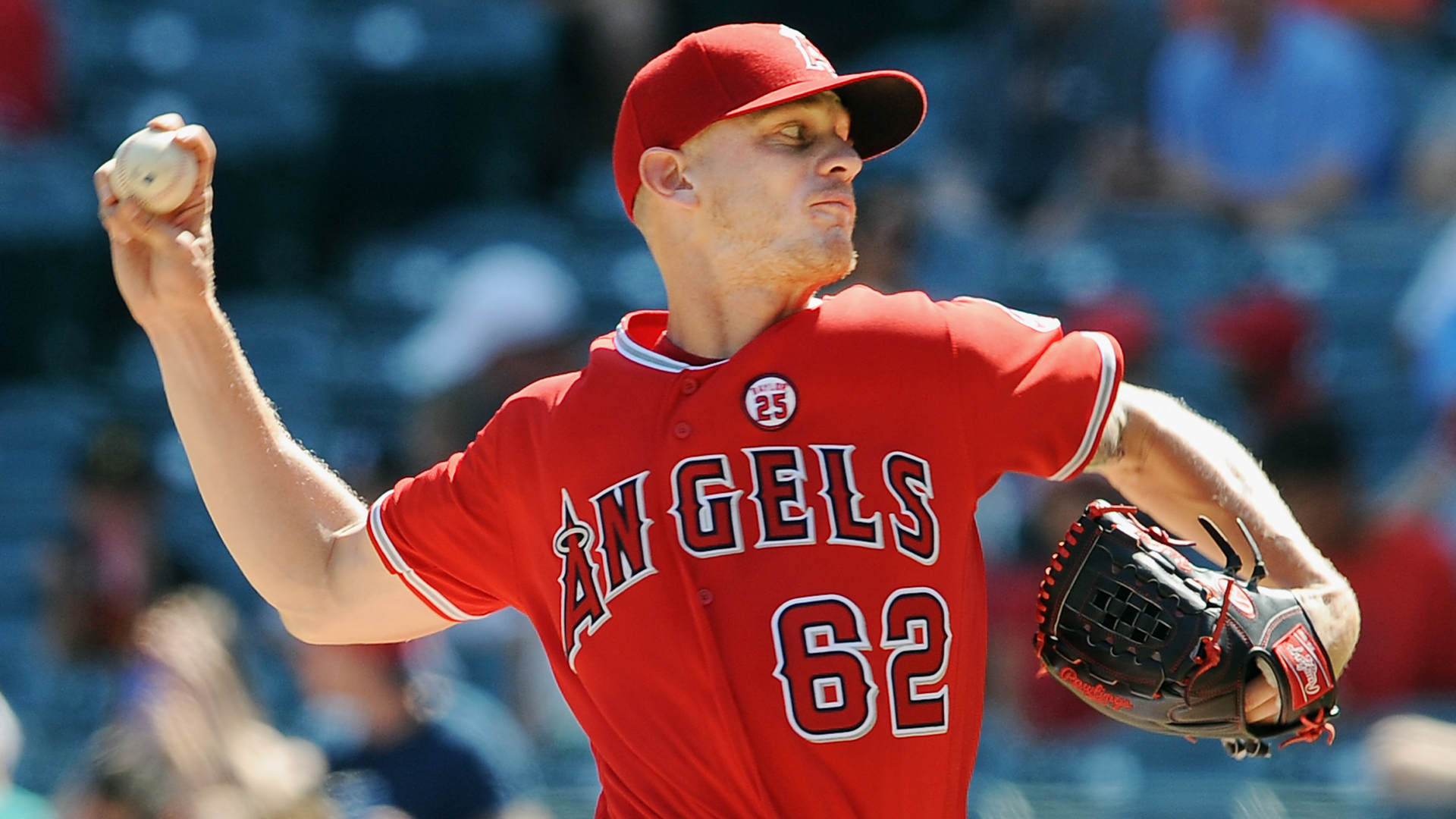 ANAHEIM, CA - OCTOBER 01: Los Angeles Angels of Anaheim pitcher Parker Bridwell (62) in action during the third inning of a game against the Seattle Mariners, on October 1, 2017, played at Angel Stadium of Anaheim in Anaheim, CA. (Photo by John Cordes/Icon Sportswire) (Icon Sportswire via AP Images)

The New York Yankees announced on Monday that they have claimed right-handed pitcher Parker Bridwell off waivers from the Los Angeles Angels.  To make room on the roster, they designated infielder Ronald Torreyes for assignment.

Bridwell’s 2018 season was marred with an elbow injury. He spent the majority of the season on the minor league disabled list and underwent arthroscopic surgery to remove loose bodies in his right elbow in July.  His elbow issues have been a recurring theme throughout his career.

When healthy he featured a 91-92 miles per hour fastball in the major leagues but was said to be 94-97 mph in the minors earlier in his career.

In order to make room on the 40-man roster for Bridwell, the Yankees designated Ronald Torreyes for assignment.  The Yankees previously claimed infielder Hanser Alberto off waivers, re-signed Gio Urshela, and claimed Tim Locastro meaning they had an abundance of infield depth at the major league level and in the upper levels of the system.

This meant that the popular Torreyes was expendable.  The 26-year-old appeared in just41 games with the Yankees in the big leagues in 2018 after appearing in 108 games in 2017.  In addition, he played in 30 games in the minors with the Tampa Tarpons and Scranton/Wilkes-Barre RailRiders.