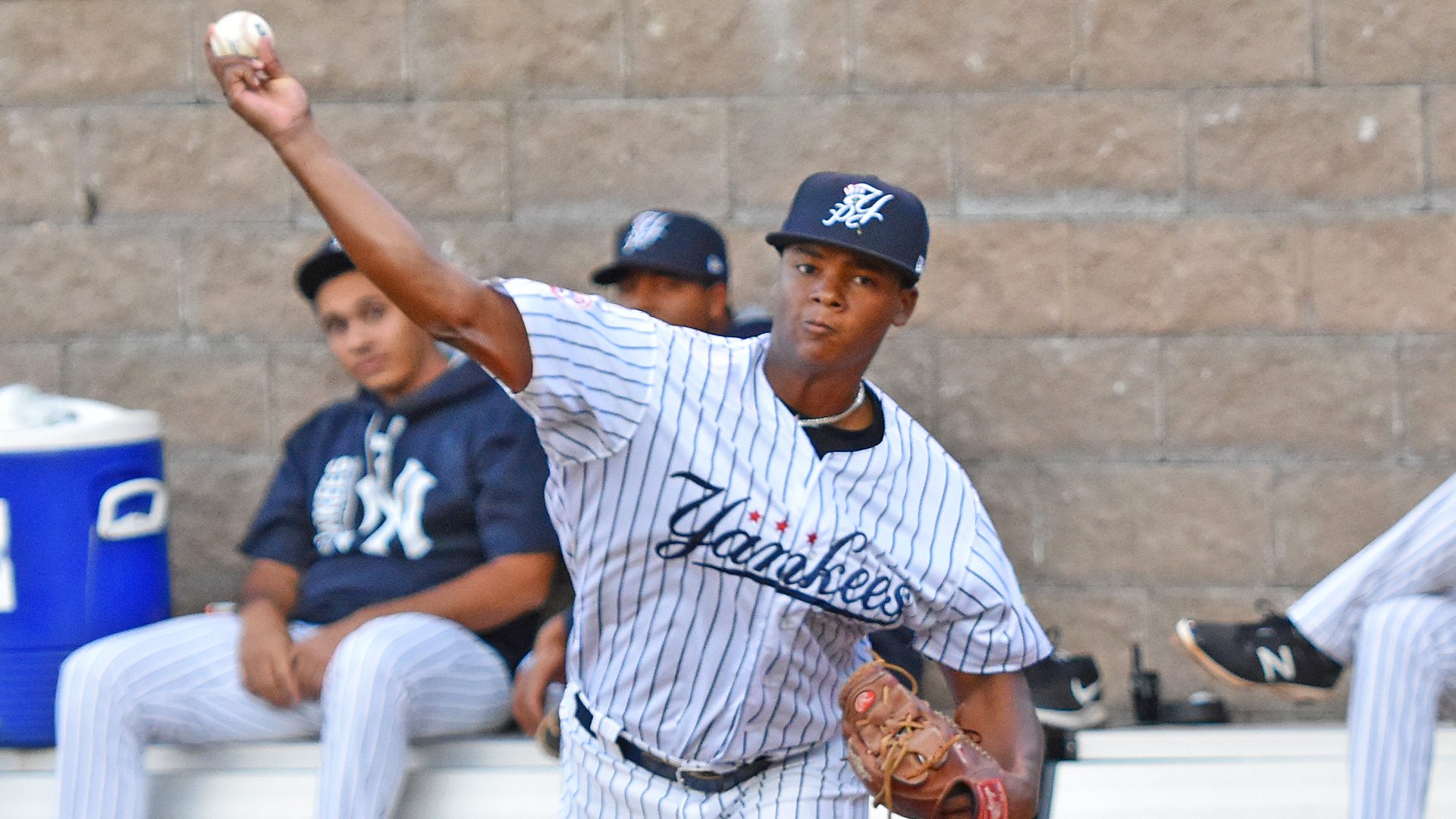 PULASKI – The Yankees are perfect.

On Saturday night, Pulaski completed a season-opening series sweep of the Princeton Rays with an 8-3 victory at Calfee Park.

Through the first three games of the season, the Yankees outscored the Rays 24-10 while displaying power at the plate, outstanding defense in the field, and solid pitching from both the rotation and bullpen.

“We feel real good right now,” said Pulaski manager Luis Dorante. “We did a lot of good things in this series. It wasn’t one side that carried us, we got the job done from all areas.”

Alexander Vizcaino (1-0) took the ball for the Yankees on Saturday and he battled through five innings where he scattered six hits and surrendered two runs (only one earned) while walking one and punching out three. 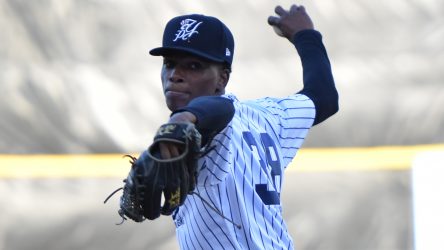 “We were looking to see a lot of his fastball command,” Dorante said of his starter. “He’s got such a good arm not to get away with the other breaking ball stuff. We wanted him to use his fastball to get ahead, and I don’t think he did that today. It seemed like he was getting behind on the first pitch, and then on the second pitch they were swinging.”

Vizcaino allowed base runners in four of the five innings he pitched, but managed to escape each jam with minimal damage.

“I don’t think it bothered him too much today, but that is something we need to work on,” Dorante said. “I mean, his breaking ball is there and he has a good change-up – but it can get better. It’s just a matter now of attacking hitters with the first pitch strike.”

Vizcaino came out for the sixth inning, but he gave up a leadoff home run and then a single before he was pulled in favor of Daniel Ramos. Ramos looked unsettled early, but quickly dialed in and finished the game for Pulaski.

Over the final four innings, Ramos only gave up two hits while not allowing an earned run and he struck out seven without issuing a walk — picking up his first save of the season.

“I think he was a little nervous at the beginning, which is normal for these guys,” Dorante said when asked about Ramos. “You know, it’s their first time under the lights. But then I thought he settled down pretty quickly after that.

“He showed a good curveball tonight. I think he’s got the best curveball of any guy on this staff, and he was able to use that. He was also able to locate his fastball and throw it for strikes, and that helped him do a lot of damage.”

Pulaski rookie, Eric Wagaman, got the scoring started for the Yankees with an RBI flyout in the first inning. Wagaman has been on a tear since making his pro debut in the season-opener on Thursday night. Over his first three games, Wagaman is 5-for-11 (.477) with two home runs, two doubles, nine RBIs, and three runs scored.

“I have to say, this kid has got something,” Dorante said of the first baseman. “He’s such a patient hitter. He waits until he gets a pitch to hit. He has such a good eye at the plate. He’s on top of the plate, but it doesn’t bother him. He can pull the ball if they throw it inside, and you saw in that at-bat: he fouled off a sinker and then the next pitch was the same and he hit it for a double. He’s got a lot of confidence right now.”

Pulaski added four runs in the next frame with clutch hits coming from shortstop Jesus Bastidas, who singled in two runners, and third baseman Andres Chaparro who hit a rocket for an RBI-double.

Princeton finally broke onto the scoreboard with an unearned run in the fourth, but the Yankees quickly snatched momentum back with two runs of their own in the bottom of the fifth. In his first start of the season behind the plate, Ryan Lidge drove in one of those runs with two outs in the inning.

Finally, with one on and two outs in the eighth inning, Andy Diaz lifted a lazy fly ball into right field that appeared to end the inning. However, the Rays’ right fielder misplayed the ball and it hit off of his glove and fell to the ground. Diaz, hustling out of the box with the crack of the bat, made it to third base on the play and drove in the team’s final run. 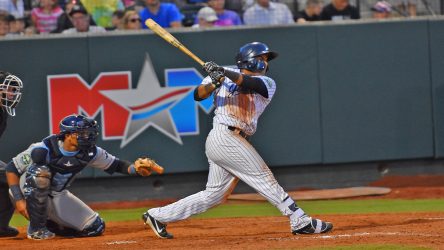 “That’s just the character of our club,” Dorante said of the play. “We don’t stop running until they stop us. So, it’s one of those things that we want to show it every time. We hit a pop-up and, sure enough, the fielder drops that ball there and because of his hustle the whole way, he ended up at third base. And that’s something that we hope the other guys see and they feed off of, and everyone plays that style of aggressive baseball that we’re trying to teach here.”

The Yankees will now hit the road and head west to take on the Elizabethton Twins for a three-game set beginning on Sunday evening.

“We’re onto the next series now, and we’re going to try to play as well as we did here,” Dorante said. “It’s always good to start on a good note and hopefully we can keep this going – we’ve had good pitching, defense, and hitting so far.”