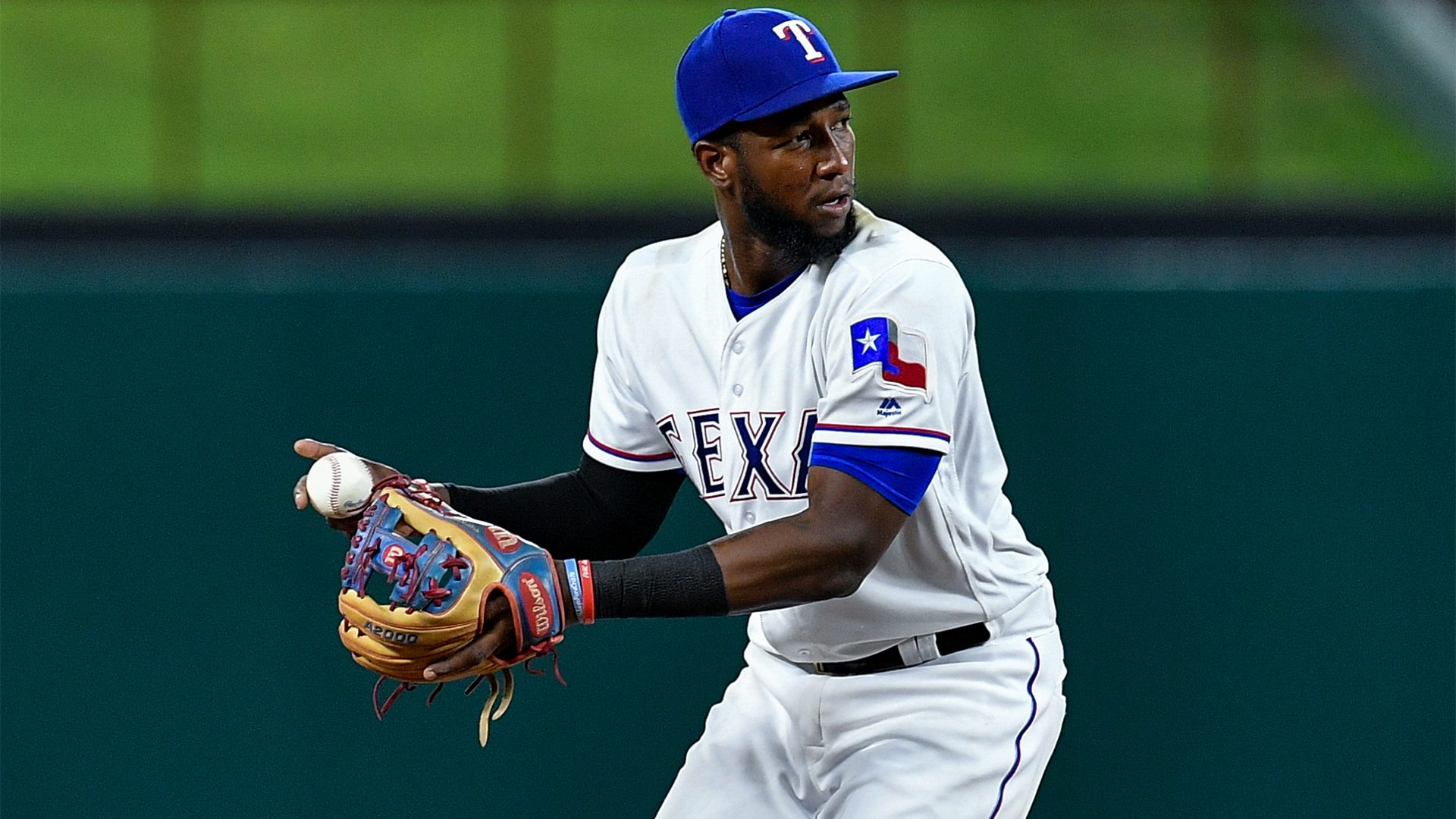 According to the New York Post’s Joel Sherman, the Yankees are once again connected to Texas Rangers infielder Jurickson Profar. Profar, 24, was once considered the top prospect in all of baseball and has a litany of minor league awards to his name.

This is not the first time the Yankees were connected to the Rangers young shortstop. Back in 2015, the Yankees engaged in talks for Profar before ultimately trading for Starlin Castro from the Chicago Cubs.

Profar’s name has come up again in trade talks the last couple of years, but nothing came of it.  The thing is that If the Yankees were to acquire the once-herald prospect, where does he play?  Shortstop is spoken for by Didi Gregorius, at second base the Bombers have Starlin Castro.  As for a utility role the Yankees also have Ronald Torreyes and Tyler Wade.  Not to mention Gleyber Torres waiting in the wings and Thairo Estrada right behind him.

Over the last few years, Profar has worked on his versatility, becoming a jack of all trades so to speak.  This is precisely what the Yankees were doing with Tyler Wade.  Having a guy with the versatility to play every infield position plus the outfield does have advantages.

It also means that the Yankees could be thinking of turning around and packaging either Profar or Torreyes or one of the other middle infielders on the roster in a deal for another player.

What would the Yankees have to acquire the former top prospect?  Plenty.  The Yankees are set to be raided in the annual Rule 5 draft.  We identified five prospects they need to protect or risk losing them, but that leaves 40 more players that could be picked.

The Yankees have many arms on the 40-man roster that would be better served by going elsewhere.  That includes Bryan Mitchell, Caleb Smith, and Ronald Herrera.  Three players that can have a chance at being quality major league starting pitchers if they were not blocked like they are with the Yankees.

Smith and Herrera have the advantage of having options left, while Mitchell would have to remain on the 25-man or be designated for assignment.  You can even add Luis Cessa to the mix of guys that have the potential to be MLB starters.  As for relievers Giovanny Gallegos, Ben Heller, Chase Shreve and Jonathan Holder are also in the mix to be traded.