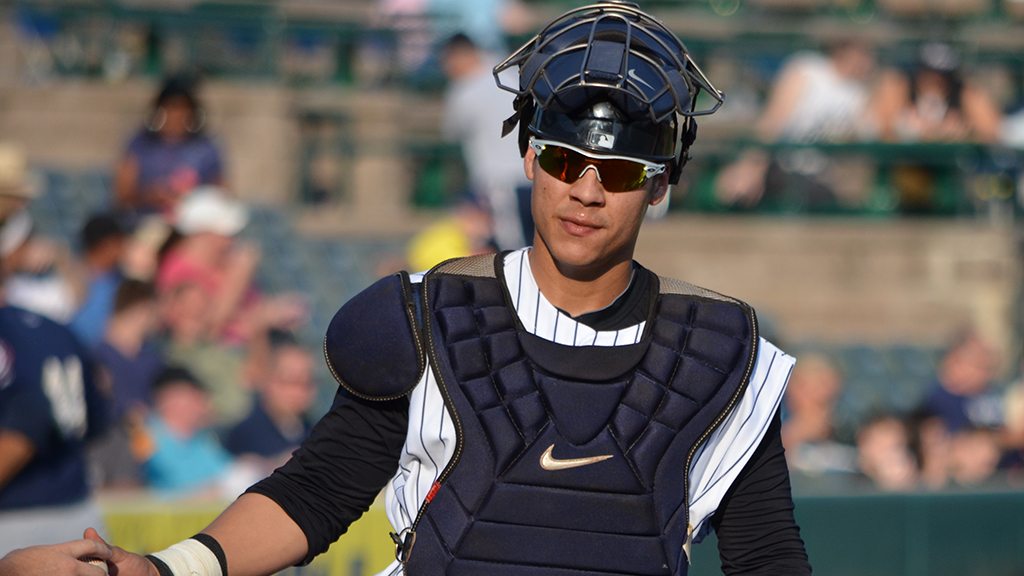 While pitchers and catchers do not report to Spring Training until the end of the month there baseball to be played. The annual Caribbean Series is currently going on in San Juan, Puerto Rico and several players have ties to the New York Yankees.

Former Yankees minor league backstop Jose Gil is currently on the roster of the Venezuela team and he earned that spot after hitting .328 in 37 games in the Venezuelan Winter League. So far in the Caribbean Series he is 2-for-3. Gil reached as high as Triple-A in the Yankees organization, spending parts of the last four seasons with Scranton/Wilkes-Barre and Trenton.

Manning shortstop for the Venezuela team is former Yankees minor league infielder Emerson Landoni, who now plays in the Atlanta Braves organization. Landoni spent for seasons in the Yankees system, reaching as high as High-A Tampa before being released. This offseason he hit .281 in 21 games in the Venezuelan Winter League, but has yet to enter a game in the Caribbean Series.

Team Mexico also boosts two former Yankees farm hands in the persons of pitcher Manny Barreda and infielder Walter Ibarra. Ibarra spent 8 seasons in the system, reaching as high as Triple-A in 2013. Now with the Arizona Diamondbacks he spent the winter in the Mexican Winter League where he hit .291 in 59 games.

After 7 ½ seasons with the Yankees Manny Barreda was released this past July after going 4-1 with a 3.40 ERA for the Trenton Thunder. In the Mexican Winter League he appeared in 28 games, throwing 31.1 innings out of the bullpen and earning a 2-1 record. Barreda has not appeared in a game yet in the Caribbean Series.

Finally we come to Luis Figueroa, whose connection to the Yankees is not as a player but as a coach. Figueroa served as the Staten Island Yankees Defensive Coach this past season. He went back to his native Puerto Rico this winter and played in the Puerto Rican Winter League where he hit .274 in 37 games. He has yet to record a hit in the Caribbean Series working two walks in three games.

The Caribbean Series games are televised on ESPN Deportes if you are interested in checking them out.