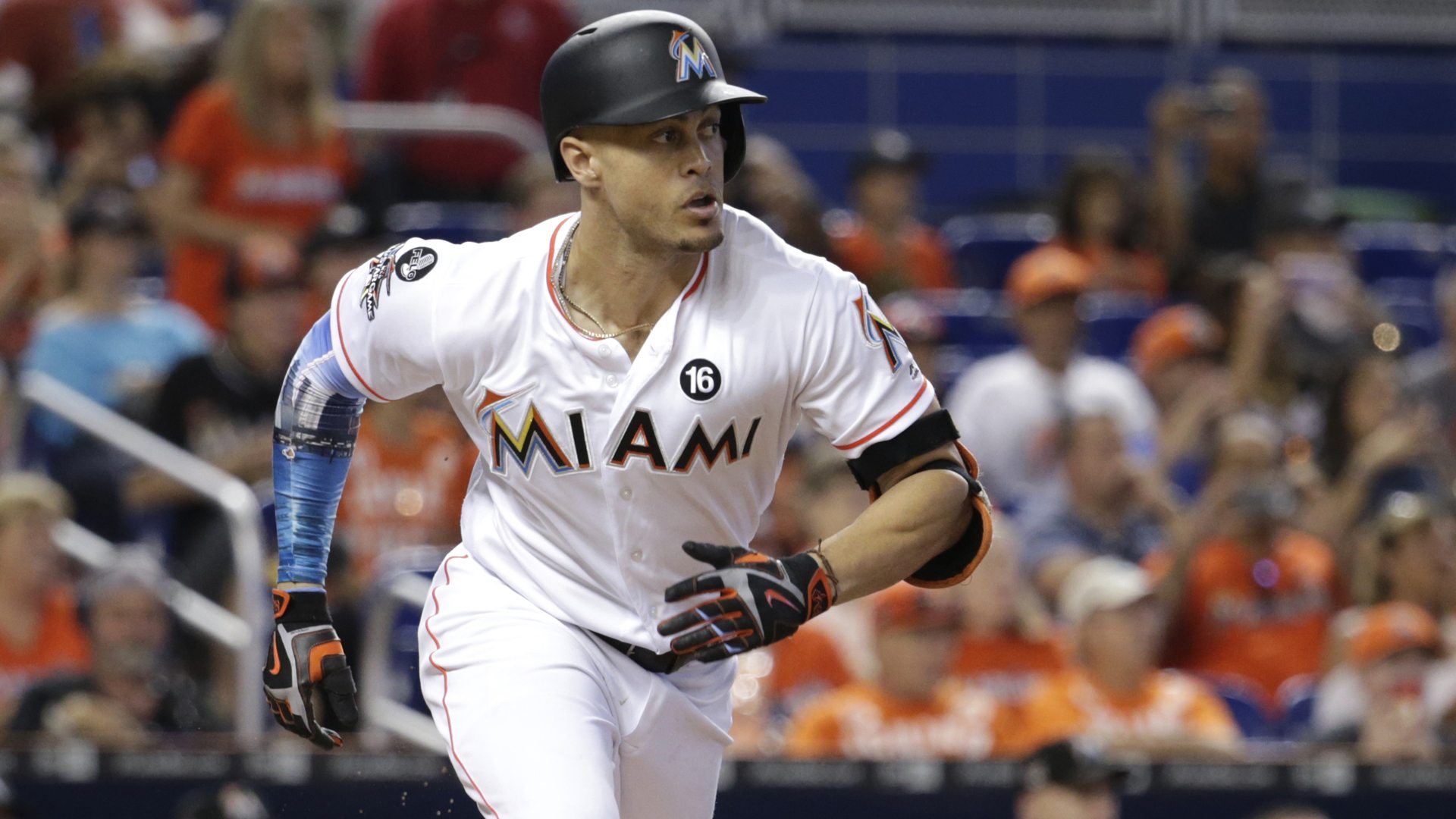 Miami Marlins' Giancarlo Stanton runs after hitting a single during the first inning of a baseball game against the Atlanta Braves, Sunday, Oct. 1, 2017, in Miami. (AP Photo/Lynne Sladky)

The Miami Marlins have made it clear; they want to trade Giancarlo Stanton this offseason.  But Derek Jeter’s new team cannot drive the conversation their way. The combination of Stanton’s no-trade clause and the fact that few teams could afford to pay his salary puts the Yankees clearly in the driver’s seat.

Stanton has already said he would be willing to waive his no-trade clause for the Yankees.  But for the Yankees to take on his salary and still reach their goal of coming under the luxury tax threshold they will need to clear salary, namely the salaries of Jacoby Ellsbury, Chase Headley and Starlin Castro.

The reigning National League MVP is owed $295 million over the next ten seasons; the contract is valued at $25 million a year for the luxury tax calculations.  According to Cots Baseball Contracts, the Yankees have roughly $26 million until they hit the threshold.  But you must remember they would have to come under the threshold at the end of the season not beginning so they will need to have some breathing room to make mid-season acquisitions.

With that said, if the Marlins were to hypothetically take on the salaries of Ellsbury, Headley, and Castro they would come out with savings of just over $190 million and have those contracts come off the books earlier than Stanton.  The Yankees could further sweeten the deal by taking on Martin Prado who would replace Headley as the third baseman for a season or two, giving Miami another $28.5 million in savings over what the Yankees would assume.

If Miami is still unwilling to take on Ellsbury’s contract, then the Yankees could still get it done by offering just Castro and Headley.  Those two players equal roughly $21 million in luxury tax dollars so the Marlins would have to offer up some cash in return to make up the difference.

Either way, the Marlins know that to get the deal done they would have to be willing to take it on the chin.  The chance of them getting a big-name prospect in the likes of Gleyber Torres, Justus Sheffield, and others is practically zero.  And the Yankees know they have the leverage.