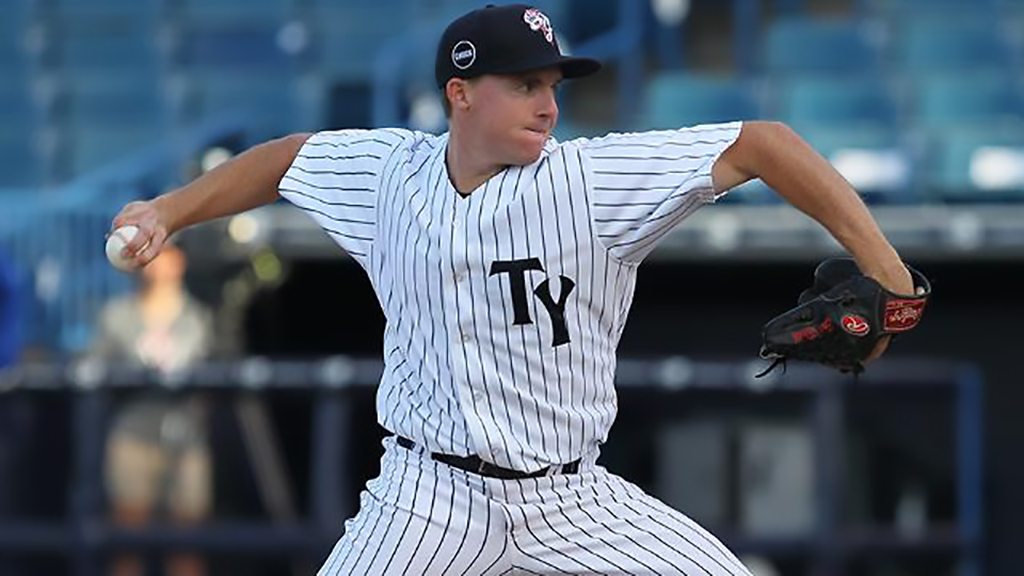 TAMPA – The Tampa Yankees (13-12) fell 3-2 to the Dunedin Blue Jays (12-13) after a 13-inning battle on Monday night at George M. Steinbrenner Field. The offense struggled for Tampa, managing only five hits and leaving nine men on base.

The Blue Jays sparked a two-out rally in the second. Derrick Loveless singled and scored on a double by Davis Harris. Dickie Joe Thon followed with an RBI double of his own, giving Dunedin a 2-0 lead.

Tampa got one run back in the home half. Dunedin starter Justin Shafer walked Matt Snyder and Mike Ford to begin the frame. Snyder then scored as Oh reached on a fielder’s choice and advanced on a throwing error by Thon at second base.

Ericson Leonora tied the score in the bottom of the seventh by hitting a laser beam home run over the wall in left field. It was Leonora’s second home run of the year.

RHP Luis Niebla worked around a pair of walks to pitch two hitless innings of relief after Ruth. Southpaw Evan Rutckyj followed by striking out six over three scoreless frames.

A 2-2 tie moved into the 13th inning and the T-Yanks sent RHP Conor Mullee to the mound. Jorge Saez hit a leadoff single and advanced on a sacrifice bunt by Roemon Fields. A wild pitch by Mullee put Saez on third and proved to be costly as Jason Leblebijian singled him home with a ground ball through the left side.

Blue Jay reliever Luis Santos (1-3) tossed four scoreless frames to earn the win. The right-hander walked one and struck out seven while scattering a pair of hits.

RHP Wil Browning picked up his league leading seventh save after striking out two in a perfect 13th.

The teams will square off again on Tuesday night at 7 when LHP Connor Kendrick (1-1, 9.69 ERA) takes the hill for the Yankees. RHP Murphy Smith (0-1, 5.54 ERA) is scheduled to start for Dunedin.