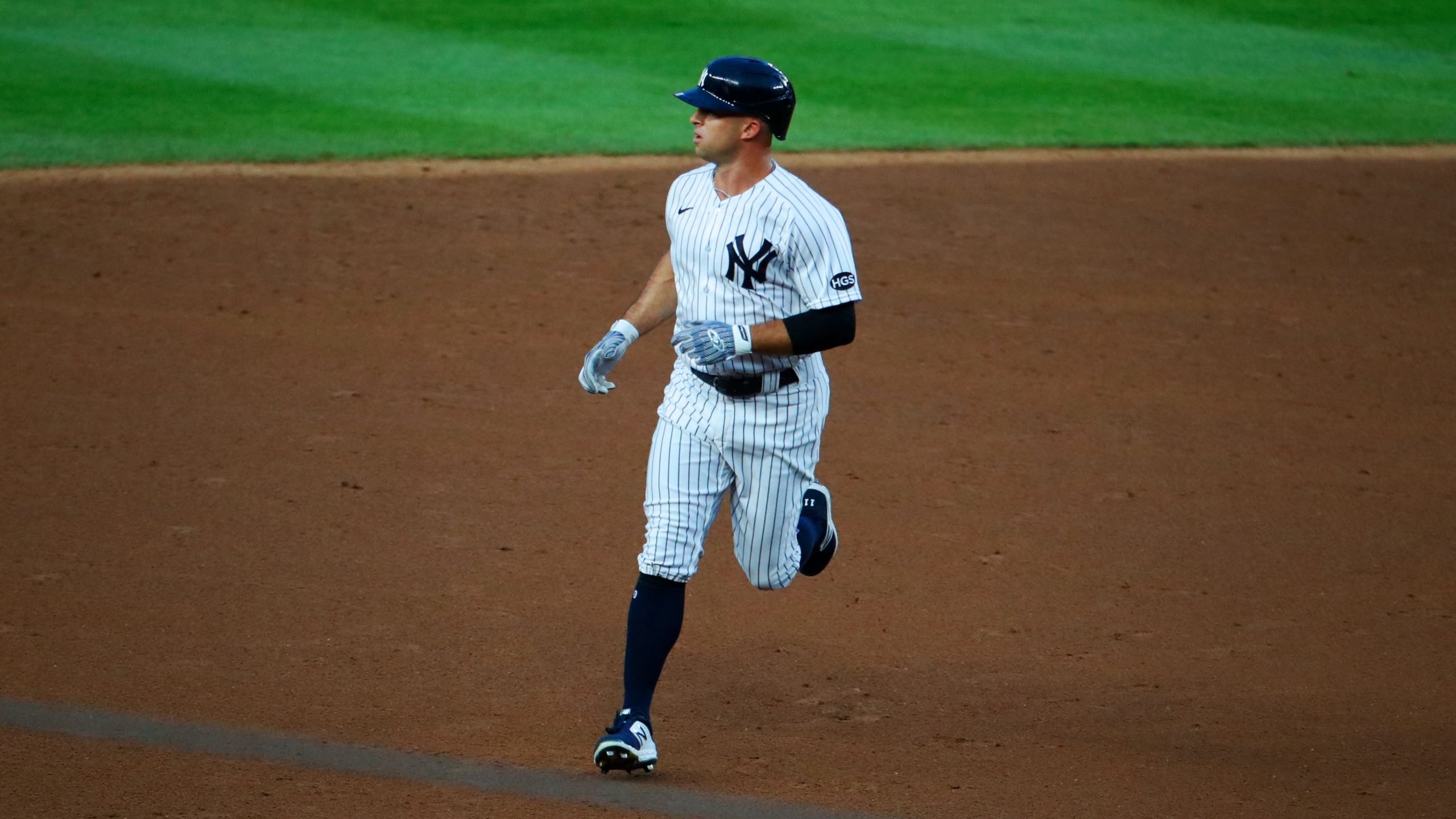 In the bottom of the second, the Mets struck back with a home run by the former Yankee, Todd Frazier, who homered to right to get the Mets on the board. It was 4-1 Yankees heading to the third inning.

In the bottom of the fourth inning, Jake Marisnick doubled on a line drive to left and scored Todd Frazier. The Mets brought the score within two to 4-2 Yankees. That was followed by a single by Amed Rosario that scored Marisnick. It was 4-3 Yankees. Then Jeff McNeil kept the runs going for the Mets with an RBI single that scored Rosario to tie the game at four a piece. It was 4-4 until the seventh inning.

In the bottom of the eighth, Amed Rosario singled and scored Todd Frazier and Dominic Smith. It was 7-6 heading to the ninth inning.

In the bottom of the ninth, J.D. Davis homered (5) to center field off of Chapman and tied the game once again.

In the bottom of the tenth, Pete Alonso hit a walk-off home run to left that scored Dominic Smith to give the Mets the 9-7 victory over the Yankees.

Aaron Boone met with the media following tonight’s game. He stated it was a tough loss for the Yankees to lose in extras. He said they did a lot of good things and were set up to close it out and it just didn’t happen. Boone stating they have to turn the page with an important series starting tomorrow against the Orioles.

Boone stated that Chapman threw well too, just threw a pitch on 0-2 to Davis that didn’t end up where he wanted it. Boone stating that Chapman hasn’t been wild with his fastball, but needs to get to the next level of throwing strikes and putting it he wants it. He’s getting there, said Boone, but needs more fine tuning to get to where he’s all the way there and in mid-season flow.

Boone stated that he thought JA Happ was good tonight as well, stating he thought his fastball played well for him, including his two-seam and four-seamer. He said he got hurt more with his secondary pitches a bit, but overall Boone thought his stuff was good, but that his secondary is what hurt him tonight.

Albert Abreu spoke to the media following his outing. He stated on the last pitch to Alonso, he wanted to execute a fastball inside, which he stated he did and Chapman just got a hold of it. Coming into a tie-game situation, Abreu stated he was paying attention and keeping a close eye on the game, stating he was ready to go in. His hope was to go in and give his team a chance.

Aroldis Chapman spoke with the media tonight, stating the only thing he would take away from his ninth inning outing was that he executed a pitch that the Mets got a hold of. Other than that, he stated he felt good tonight and has felt good in the outings he has made. He stated he wants to work on his fastball command and continue improving, stating that little by little it’s getting there.

JA Happ spoke with the media tonight as well.  He stated that though the box score looks different tonight, he felt good and said the Mets were booting together good at bats and put the ball where there weren’t fielders, managing to find the holes. Happ stating that the team can’t overthink a loss like tonight, but they do feel like they let this one go, stating that they need to bounce back with two games tomorrow and can’t dwell on tonight’s outcome. Happ stating they need to recover and come ready to play tomorrow.

Speaking of being ready to play tomorrow. Tomorrow the Yankees will open a 4-game, 3-day series with the Baltimore Orioles in Baltimore.