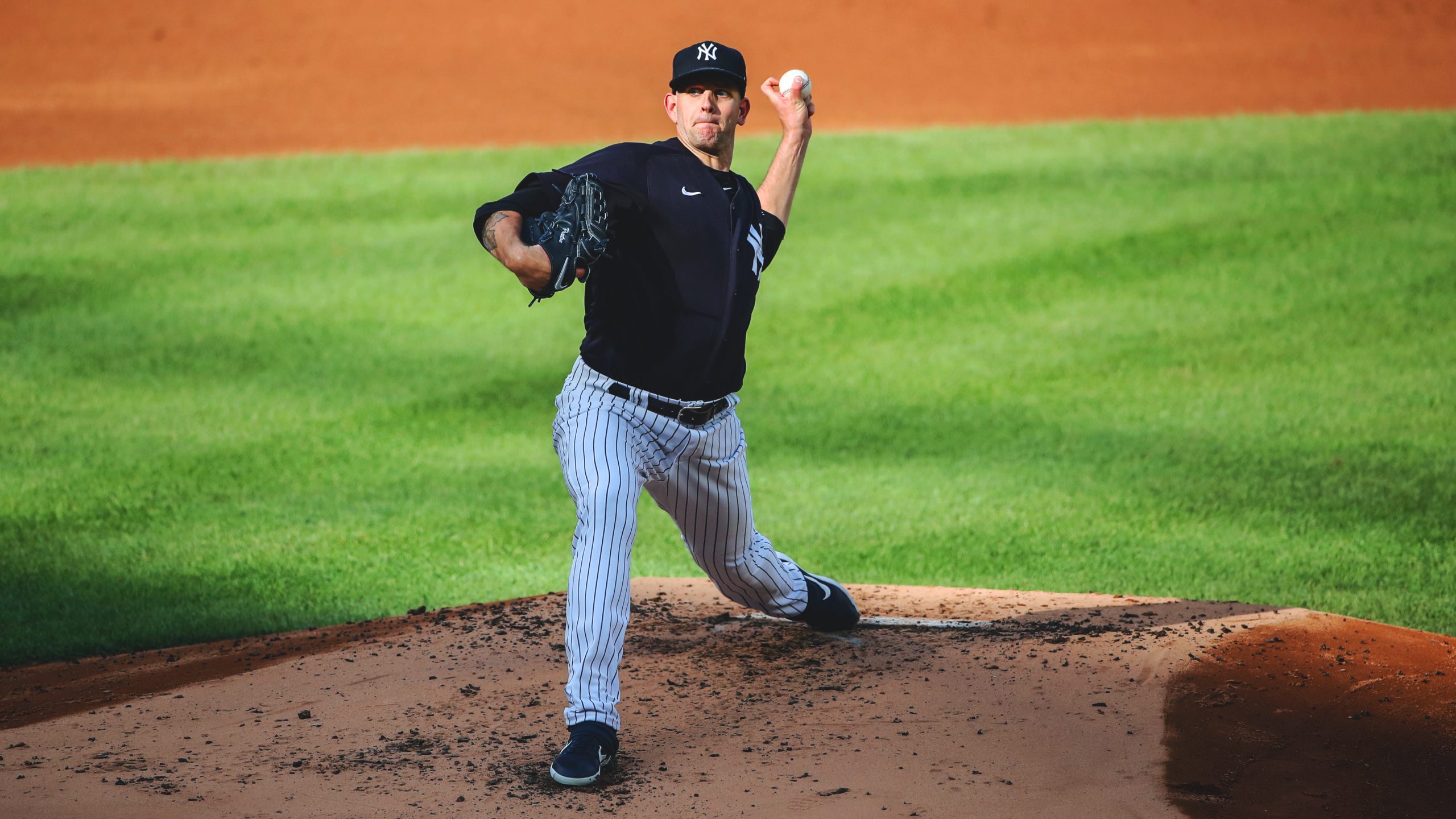 The scoring started in the top of the first. Mike Ford was hit by a pitch to score DJ LaMahieu, and quickly the Yankees would take the early 1-0 lead.

In the top of the 5th, Gio Urshela reached on an E8 two-base error that scored Luke Voit and Gleyber Torres. That would extend the Yankees lead in the 5th to 3-0 over the Rays.

Then in the bottom of the 7th, it was Mike Brosseau with a 2-run home run for the Rays that scored Jose Martinez. The Rays would bring the score within one. It was 3-2 Yankees. But then right after Brosseau, Brandon Lowe homered for the Rays on a line drive to center. That tied the game 3-3.

Then in the bottom of the 9th, Michael Perez (who was 0-10 coming into today’s game) singled on a line drive to right field off Zach Britton that scored Brandon Lowe and the Rays would defeat the Yankees in walk-off fashion at Tropicana Field in Tampa.

Aaron Boone met with the media following this afternoon’s game, stating that this loss stings for the Yankees, who had the chance to salvage the trip and put together some good at bats to get back in the game, but couldn’t finish it.

Boone spoke on Paxton’s 11 strikeout performance, stating he was really happy with how Paxton threw ball, stating he had great conviction and confidence and threw the ball well this afternoon. Boone stating that Paxton can go through lineups, even with his velocity not fulling book, saying it was up a bit today. Boone said Paxton’s execution was excellent tonight and that his fastball and changeup played really well for him, and that he was really sharp and really on the attack this afternoon.

Aaron Boone stated that they wanted Paxton to go about 85-90 pitches, and that they were comfortable with him throwing to Brosseau, who put a good swing on a really good pitch for the two-run home run. Boone stating that they then wanted him to face Lowe for the lefty-lefty matchup, and that Lowe got him with the home run to tie the game.

Boone told Paxton when he exited that today was a huge outing for him and that he was proud of the effort he put forward against a really good Rays lineup.

Boone also spoke on Zach Britton’s rough ninth inning, stating that he just got back by Perez who put a good swing on him and that he’s still a great pitcher who has been huge for the Yankees to start the season and that the coaching staff is still happy with where Britton is at right now moving forward.

Boone also spoke on the offense’s rough afternoon, stating that when you go up against the Rays, you know runs are going to be a premium and that they do a really good job of run prevention. Boone stating the Rays have a lot of quality arms and match-up really well. Boone stated they had chances to get back in it and stay in it, and that overall, moving forward, he believes the offense is still in a good spot.

James Paxton met with the media following his outing, stating that he was fastball heavy early-on and was really able to find that fastball rhythm, which was really helpful for him. He stated he had more life on it, found some rhythm, and was moving it really well.

Paxton stating that between starts, he worked with Pitching Coach, Matt Blake, and the Yankees’ training staff to get his body moving the way he wanted it to, stating he was just trying to put things together.

Paxton also stated, however, that he was disappointed with his seventh inning, stating that it was a tough one and that he made a few bad pitches, in which the Rays made him pay.

Paxton stated he will continue to build off of this outing and also credited Gary Sanchez for a great performance behind the plate this afternoon as well.

Zach Britton also met with the media this afternoon. He stated wasn’t very sharp with any of his pitches today from the get-go and didn’t execute many pitches today location wise or sharpness. He stated he was frustrated by his outing.

The Yankees will then open a three-game series against the New York Mets from August 21st through August 23rd before their next off-day on August 24th.

This off-day comes in great timing for the Yankees, who drop 3 of 4 to the Rays, and four of five games this road-trip.