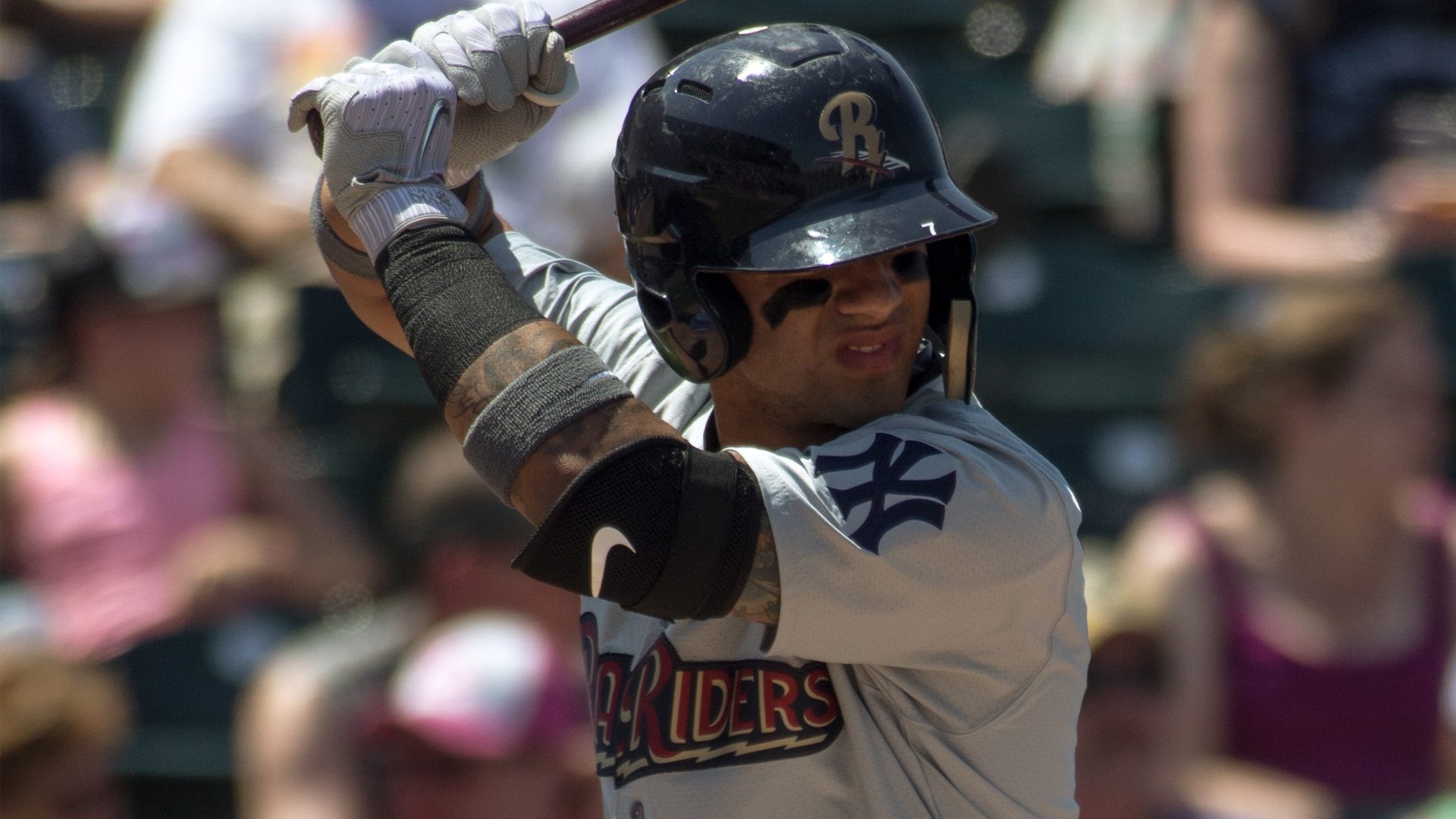 The New York Yankees have earned another award today as MiLB.com has announced that the farm system is tops in baseball as part of the MiLBY awards.

This past season the Yankees had a combined record of 520-367, a .586 winning percentage while sending six out of eight affiliates to the post-season.  The Yankees also benefit by having Gleyber Torres, who is considered by many to be the top prospect in all of baseball.

The strength of the farm system showed as what was initially dubbed a rebuilding year; the Yankees made it all the way to Game Seven of the American League Championship Series.  That success was due in large part to the success of Gary Sanchez, Aaron Judge, and Luis Severino.  Three players that all once sat atop the Yankees prospect charts and are now making their name in the major leagues.

After graduating top talent like Sanchez, Judge, and Severino, the Yankees still boast one of the deepest farm systems in baseball.  Players like Clint Frazier is on the cusp of becoming key contributors to future success at the highest level of the game while others like Torres are knocking at the door.

On the mound, the Yankees have several surefire major leaguers in the persons of Chance Adams, Justus Sheffield, Domingo Acevedo, Albert Abreu and more.  Further down in the farm system names like Luis Medina, Rony Garcia, Jonathan Loaisiga and Jorge Guzman are making names for themselves and rising up through prospect rankings.

The Yankees incredible depth up the middle is paying dividends.  Shortstop Tyler Wade has already made his MLB debut and is now playing all over the infield and outfield.  Thairo Estrada had a great season in Double-A and is now an All-Star in the Arizona Fall League.  Kyle Holder, who was considered a project bat, is starting to hit and turn things around at the plate adding to his impressive defense.

Other names have broken out like Estevan Florial who was a part of the big 2014 International Free Agent spending spree.  Dermis Garcia, a member of that same class, is demonstrating that plus-plus raw power in games against higher competition than ever.

Meanwhile, new players to the fold like Matt Sauer, Juan De Paula, and more are replacing guys that have graduated to the big leagues, so the system is not missing a step.