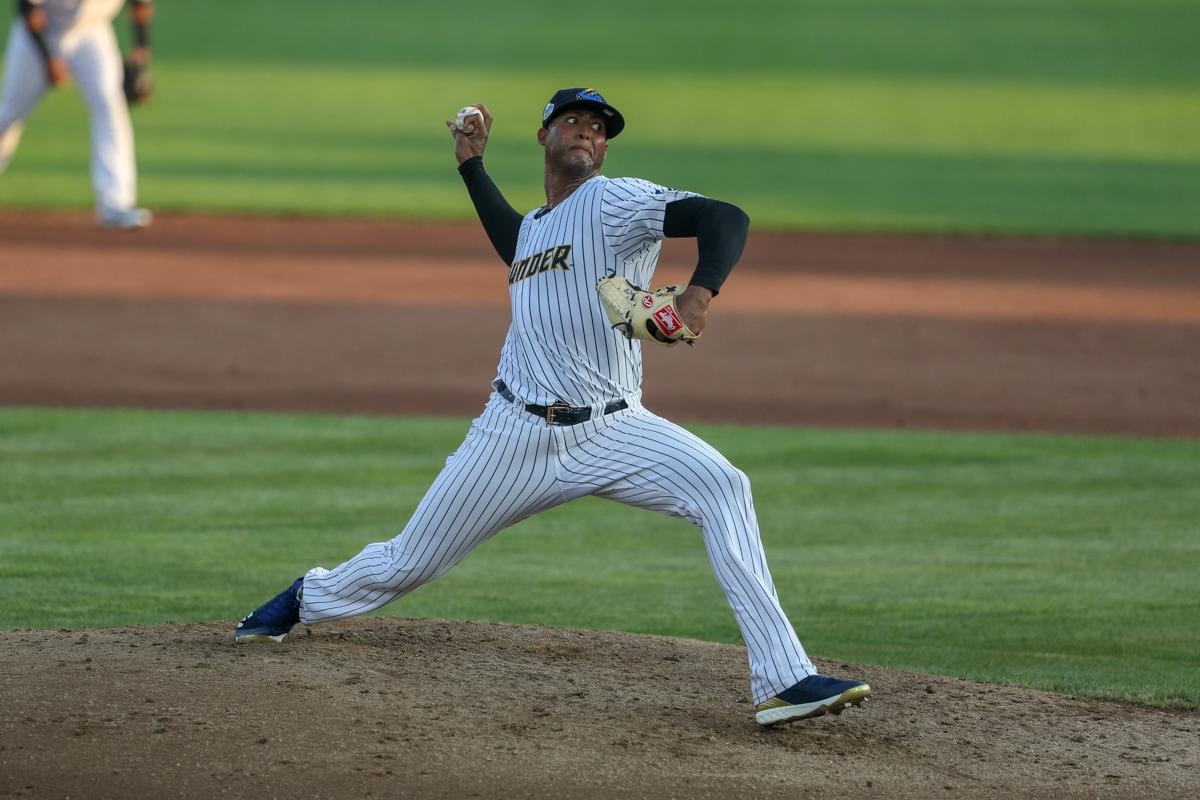 The New York Yankees will be trading out one Domingo for another as after they announced that Domingo German to Triple-A they have called up right-handed pitcher Domingo Acevedo from the Double-A Trenton Thunder.

The official announcement is expected to come on Saturday.

The 24-year-old out of Villa Los Almacigos, Dominican Republic has made 11 appearances this season, eight starts.  Overall, he owns a 2-2 record with a 2.84 ERA with 40 strikeouts in 50 2/3 innings.  At 6-foot 7-inches tall, Acevedo is an imposing presence on the mound with a fastball that usually sits in the mid-to-high 90s, a changeup that is in the high 80s, and an 85-88 mph slider.

This season, Domingo spent about a month and a half on the disabled list due to a nasty blister that developed on his pitching hand.  Once it healed he return to game action with the Thunder, working out of the bullpen to build his arm strength back up.  His last game came on July 16 in New Hampshire where he took the loss, allowing three runs on 6 2/3 innings with seven struck outs.

With Luis Cessa taking over Domingo German’s spot in the rotation, Acevedo is expected to make his mark as a reliever.  Out of the bullpen, it is possible for him to get back to the triple-digit fastballs he threw a couple of years ago.