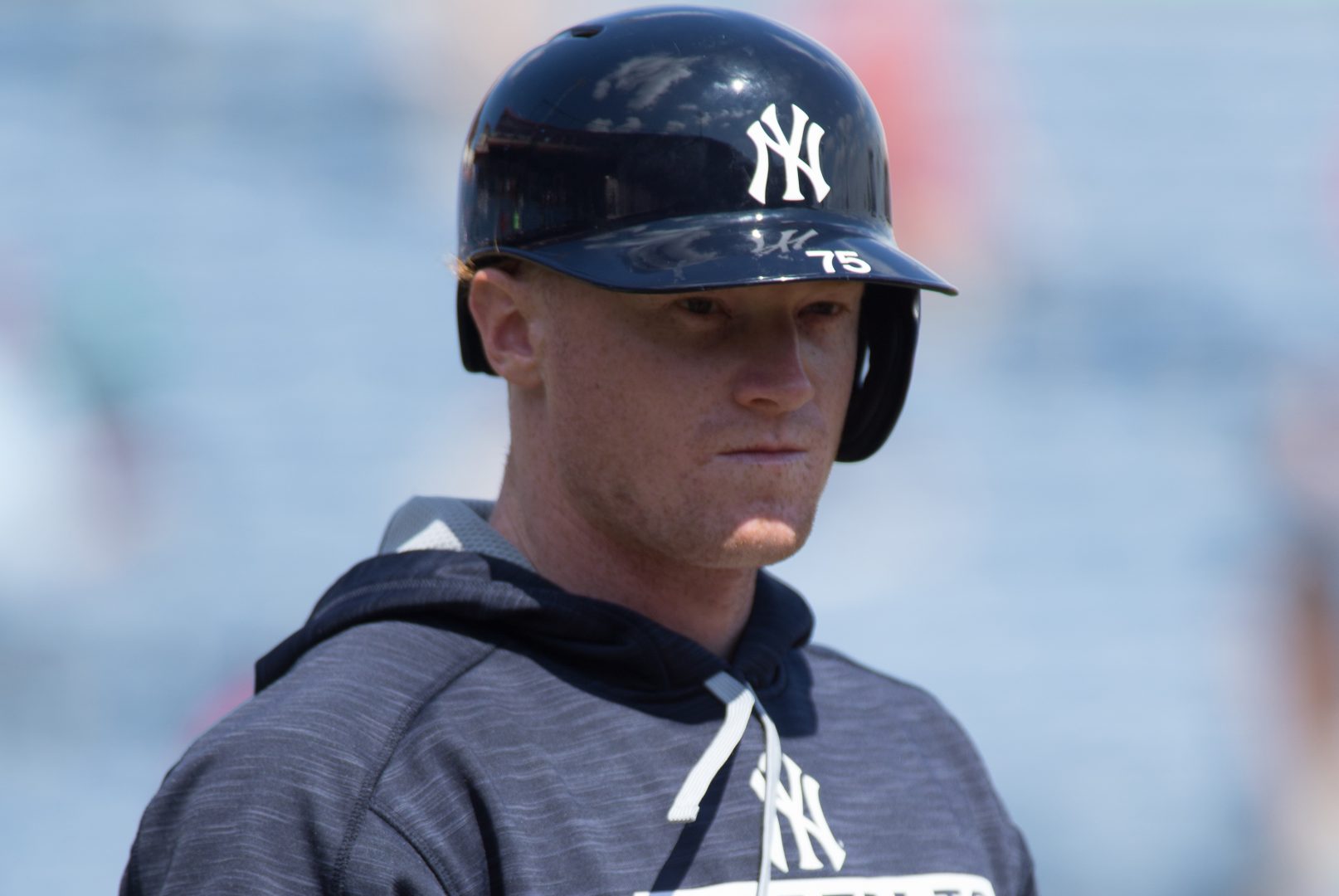 Tensions were once again high tonight between the Rays and the Yankees. Prior to tonight’s game, Yankees Closer, Aroldis Chapman was suspended three games for throwing at the head of Brosseau in what was accused to be an intentional throw. Chapman, however stated that there was no intent. Yankees manager, Aaron Boone and Rays Manager, Kevin Cash each received one game suspensions as well. Chapman is appealing his three-game suspension, while Boone and Cash each served their suspensions tonight.

The Rays took an early lead in the first inning and never looked back, defeating the Yankees 5-2 in the Bronx. Clint Frazier homered in today’s loss to the Rays. Curtiss (2-0) got the win for the Rays, Montgomery (2-2) took the loss for the Yankees, only making it through 0.2 innings pitched.

Tonight’s game was the final regular season matchup between the Yankees and Rays. The Rays, with tonight’s win, won the season series over the Yankees 8-2.

Later in the inning, Mike Brosseau hit a 2-run home run (4) off of Montgomery to extend the Rays’ lead to a 4-0 lead over the Yankees in the first.

That would be as long as Montgomery would last as he exited the game in the first with two outs and the Yankees went to their bullpen.

In the top of the fourth, it was Mike Brosseau with his second home run (5) of the night on a line drive to center off of Jonathan Holder to extend the Rays’ lead to 5-0 over the Yankees in the top of the 4th.

In the fifth inning, Ben Heller was ejected from tonight’s game for hitting Hunter Renfroe of the Rays.

In the bottom of the sixth, Clint Frazier got the Yankees on the board with a solo home run (4) to bring the score within four in the sixth, to 5-1 Rays.

Aaron Boone was suspended one game by Major League Baseball as a result of yesterday’s altercations between the Yankees and Rays. As a result, Carlos Mendoza stood in for Boone today as the Yankees’ acting manager. Mendoza met with the media following tonight’s game.

Mendoza spoke on Jordan Montgomery’s outing. Montgomery went just 0.2 innings, giving up five hits, four runs and four earned runs, which came off of a pair of two-run home runs by the Rays. Mendoza stated that Montgomery left a lot of pitches up in the zone tonight and the Rays were aggressive out of the gate and made Montgomery pay for the pitches up. Mendoza also stating that Montgomery couldn’t establish his fastball or changeup and just left pitches up.

Mendoza mentioned that the Bullpen did a great job keeping the Yankees in it.

Ben Heller was ejected from the game in the fifth inning for hitting Hunter Renfroe. Mendoza stating there was no intent and that the Yankees were not trying to throw at anyone tonight. Mendoza stating he did not agree with the ejection, especially with no warnings prior to the game starting.

Mendoza spoke on the Yankees’ regular season series record against the Rays, stating that going 8-2 against an AL East Rival is disappointing when you have the level of talent that you do inside the clubhouse. Mendoza stating that the Yankees’ expectations are always high and that now they have to get ready for the next series.

Jordan Montgomery met with the media following tonight’s game. He stated the Rays made some good swings on bad pitches and got out of control. He said he hung a couple pitches in good hitter-counts. When asked about not getting out of the first inning, Montgomery stated that it was very frustrating and that he was disappointed that he made the bullpen go through it tonight, thanking them for keeping the Yankees in it. “I put us in too much of a hole,” stated Montgomery.

Gardner stated that as a whole, the organization’s disappointed with how they’ve played recently, stating that the team needs to work hard to snap out of it, which includes getting in the cages, being prepared on a daily basis, staying connected as a group, and communicating. Gardner stating that a lot of guys have stood up and communicated and let each other know how they’re feeling. Gardner stating that they have to go out there and play better. He stated he’s disappointed with the way he’s performed and the results he’s gotten so far, stating that overall, they haven’t played up to their standard the last few weeks.

Gary Sanchez also met with the media following tonight’s game. Sanchez stating that he was surprised when Heller was ejected in the fifth game, echoing that the Yankees had no intention and were not trying to hit anyone tonight.

Sanchez spoke on Montgomery’s 0.2 inning performance, stating he left a couple pitches in the zone and the Rays took advantage; Montgomery also made some good pitches, but got beat by the Rays as well. He stated that Montgomery needs to shake this off and focus on his next outing.

The Yankees will head to Citi Field tomorrow for a makeup game from August 23rd. It will be J.A. Happ for the Yankees vs Robert Gsellman for the Mets. First pitch is at 4:10 PM. The Yankees will then head to Baltimore for a 4-game/ 3-day series against the Baltimore Orioles.

Pinstriped Prospects sends our thoughts, prayers, and deepest condolences to the New York Mets organization and to the family and friends of baseball-great and hall-of-fame pitcher, Tom Seaver, who passed away this evening.