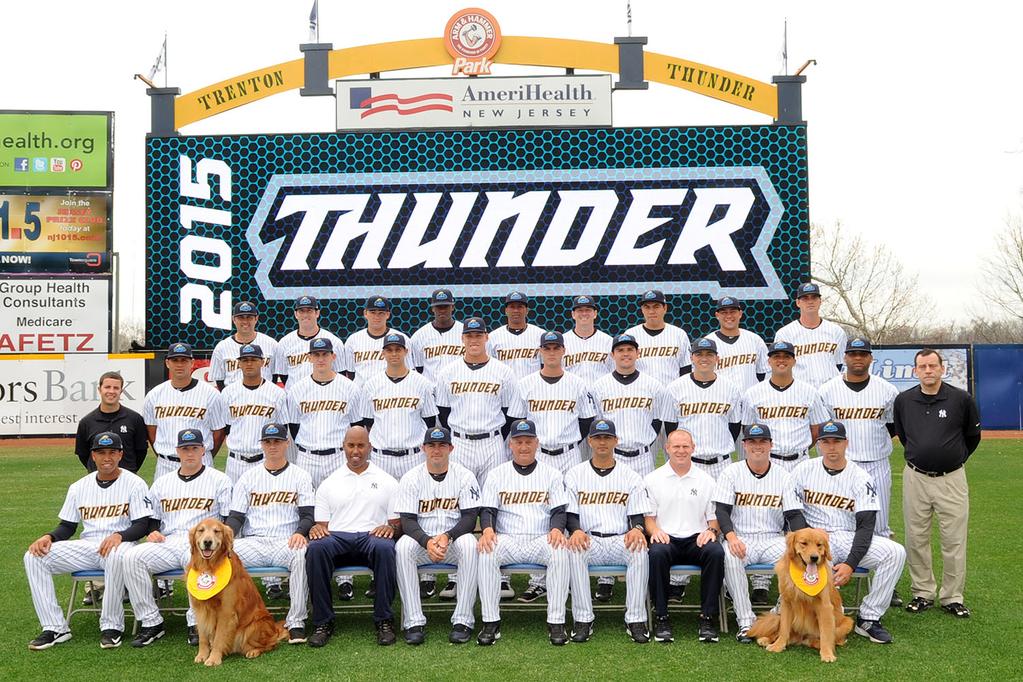 The Thunder, Double-A affiliate of the New York Yankees, announced their Opening Day roster today. The roster contains four of the top-five prospects in the Yankees system according to Baseball America.

The roster includes 15 players who saw time with the Thunder in 2014 and two members of the Yankees 40-man roster in catcher Gary Sanchez and outfielder Mason Williams. The top prospects, according to Baseball America, that open the season with the Thunder are pitcher Luis Severino (No. 1), outfielder Aaron Judge (No. 2), first baseman Greg Bird (No. 4) and Sanchez (No. 5).

Your Thunder begin the 2015 season Friday night in Erie against the Seawolves with pre-game coverage beginning at 6:15pm. Fans can listen live to Thunder baseball all season long on 91.3 FM WTSR and online at TrentonThunder.com.

The first home game at ARM & HAMMER Park is on Thursday, April 16 when the Thunder host the Portland Sea Dogs (Red Sox). Tickets for 2015 games are on sale now at Trentonthunder.com/tickets.