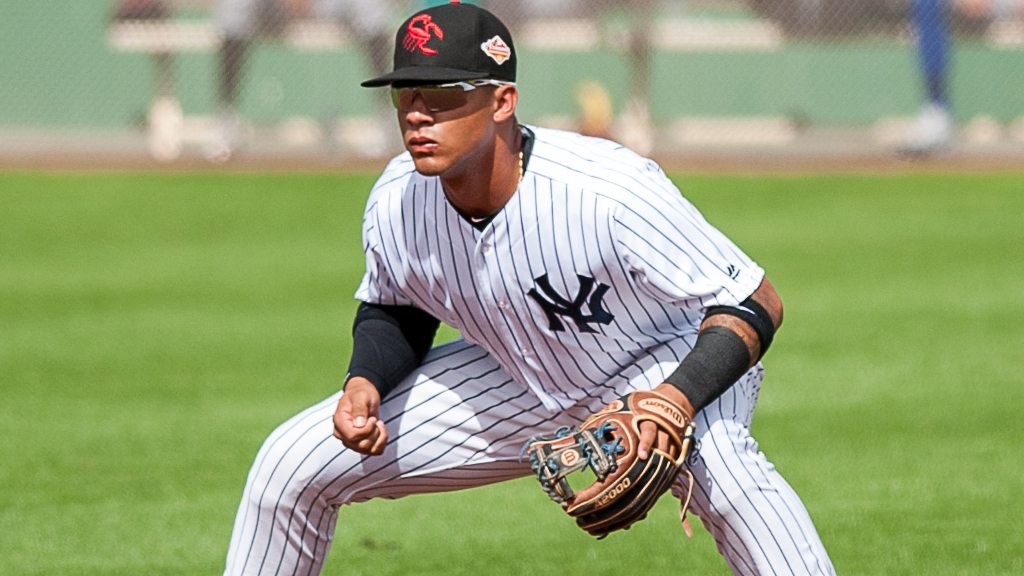 The New York Yankees had a whopping seven players named in MLB’s Top 100 Prospects list, tying the Atlanta Braves for the most in the majors. This coming from hugely successful trades made in the last couple of years, and also trades that weren’t made. As of now the Yankees’ efforts to rebuild are on the right track and show no signs of slowing down. 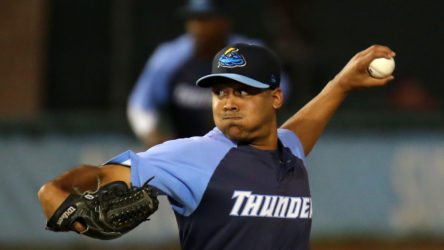 From the bottom up, Justus Sheffield comes first at 79 on the list. Sheffield reached Double-A Trenton come playoff time last season after dominating High-A Tampa where he didn’t give up more than three earned runs in all of his performances. He is set to start in Trenton this upcoming season; he’ll turn 21 in May. 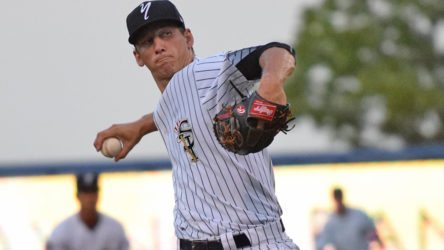 2015 first round pick James Kaprielian is among the best pitching prospects in the game. (Robert M. Pimpsner)

At 58th the Yankees have James Kaprielian who also dominated in High-A Tampa before his season was cut short from elbow inflammation. Kaprielian struck out 22 in his 18 innings of work and gave up just three earned runs. There is no official word on where Kaprielian will start 2017, but the most important thing is him being ready after shaking some dust off in AFL. 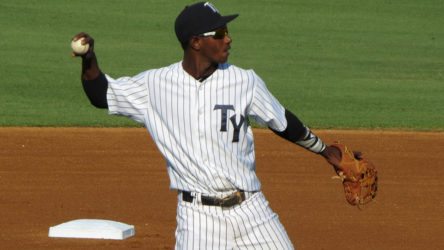 Jorge Mateo comes in at 47, falling from 18th in the last Top 100 Prospects list. Mateo started off 2016 as hot as anyone in the minors, but he’d then run a very inconsistent route to the end. Among off-field distractions, Mateo was moved to second base and struggled somewhat. There’s word on him moving positions again, as there are of him possibly being traded. No matter what happens, Mateo will need to see 2017 as a rebound year to put himself back near the top of Yankees’ prospects. 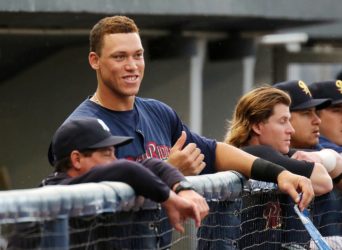 Aaron Judge was placed at 45th on the list after he finally made his trip to the Bronx last season. He hit for a .179 average with 10 RBIs and four homers. Judge is now set to start in the Yankees’ outfield next season taking Carlos Beltran‘s spot from last year. Judge looked like a rookie in his short time with the Yankees last season, and that should be expected of him.

Next, Blake Rutherford, who is expected to start in Low-A Charleston or High-A Tampa. He jumped from 51st to 37th on this new Top-100 list. Rutherford his .382 in Pulaski last season and slugged .618. He also stole 24 bags in just 25 games. If Rutherford starts in Charleston, expect him to hit Tampa as well, despite it being just his sophomore year after being drafted.

Finally, we have Clint Frazier (24) and Gleyber Torres (3). Frazier will start 2017 in Triple-A SWB but is expected to make his major league debut at some point in 2017 and join Aaron Judge in a much younger Yankees’ outfield. Frazier hit for .228 in 25 games after being traded to the Yankees, including a .674 OPS and .396 slugging percentage. Frazier will have 2017 to start in one place and work himself up to the Bronx on his own. Aside from Judge (who will be starting 2017 in New York), Frazier is the closest to being promoted. However, some things will play a part in that happening, one being whatever it is the Yankees do with Brett Gardner.

Gleyber Torres is a different situation, though. Ranked as the 3rd top prospect in all of the baseball, he’ll be starting next season on a clustered Trenton team. Torres is probably still steaming from the success he had in the AFL this last season, where he was the youngest to win the Arizona Fall League MVP award. Torres, who is now 20, is expected to hit the Bronx in 2018, but for this season expect him to stay at the Double-A and Triple-A level.