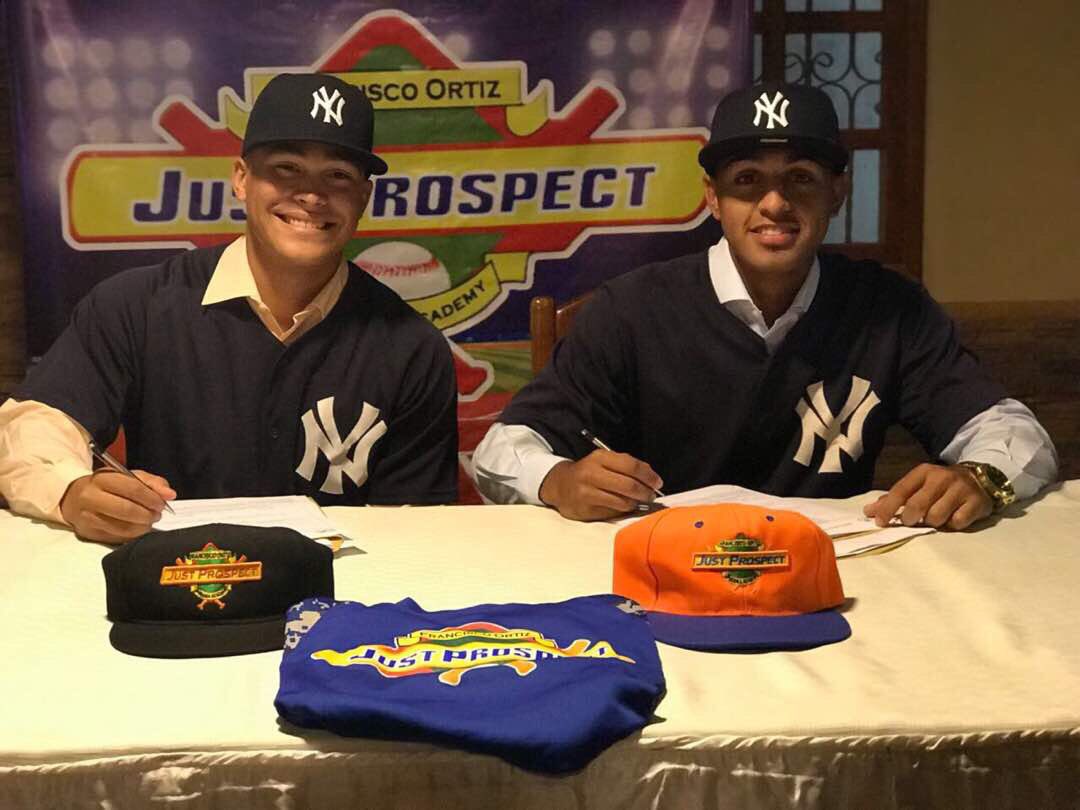 According to Ben Badler of Baseball America, the New York Yankees have signed Venezuelan prospects Raimfer Salinas and Antonio Cabello to minor league contracts.  The Yankees have been connected to both prospects since the international free agent signing period opened.

Salinas is a right-handed hitting outfielder that is best known for his bat according to MLB Pipeline. It is believed that he has the potential to become a five-tool player in the future.  According to MLB Pipeline, scouts like his frame and have him pegged as the potential to become an impact player. He is a solid defender with a plus arm and a decent runner.

Cabello is considered one of the most athletic prospects in the international free agent class.  He is a catcher right now but can also play second base and center field.  According to MLB Pipeline, he was clocked doing the 60-yard dash in 6.45 seconds.  He has also earned praise for his ability as a good receiver with “solid catching and throwing abilities” according to MLB.

It is unknown how much their signing bonuses are, but it is likely the Yankees still have plenty of cash remaining to use this signing period, which ends on June 15, 2018.