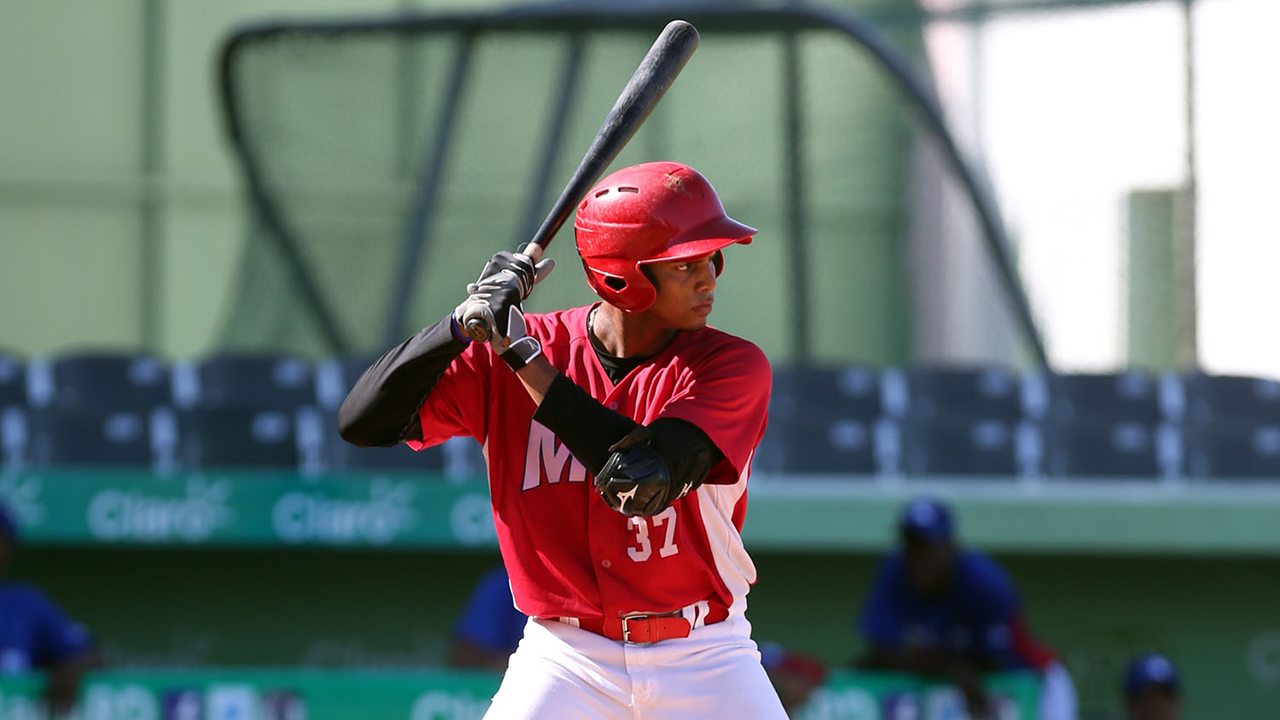 More than a few have asked the question. Why did the Yankees allow the Boston Red Sox to outbid them for the services of 19-year-old Cuban Yoan Moncada?

All sorts of theories were advanced. The take here is the Yankees seem to be satisfied with their impressive International signing class of last July, in which they acquired 10 of the top 30 such prospects and spent nearly $20 million. Is Moncada, who cost the Red Sox $63.1 million, better than all of them? Did the Yankees perhaps sign two or more players who will be better than Moncada? Nobody knows for sure.

It can be said the 10 top prospects the Yankees did sign were not the mystery Moncada was because they had been scouted extensively in the Dominican Republic, Venezuela, and, in shortstop Hyo-Joon Park’s case, South Korea. Cuban players, and the hope here is this changes shortly, have an air of mystery and intrigue about them.

Chances are, from this 10, as graded by scouts, the Yankees, within a few years, will have some top-of-the-line major-league regulars:

Dermis Garcia IF, Dominican Republic – This 17-year-old is already 6-foot-3, 205 pounds. His power and arm are rated highly by scouts. He also has soft hands, and likely, with his arm strength and power potential, could mature into a top third baseman. Scouts compare him to Minnesota prospect Miguel Sano, who missed 2014 due to Tommy John surgery. Sano hit 35 homers and drove in 103 runs on 2013. Garcia is on that road. His bonus with the Yankees was $3 million, which matched Gary Sanchez’s bonus.

Juan DeLeon, OF, Dominican Republic – At 18, scouts rated his bat second among International prospects to Tampa Bay signee Adrian Rondon. Standing 6-foot-2 now, at 185 pounds, he is expected to grow. Scouts are impressed with the strength in his wrists and his outstanding bat speed. His plate discipline is improving. He has played center field in the past, but it’s looked at as a future corner outfielder. His power is generated by a short, swift compact swing. His bonus was $2 million.

Nelson Gomez, 3B, Dominican Republic – Another 18-year old, scouts rank Gomez’s power just behind Garcia’s. Appeared in Under-Armour Game in Wrigley Field last year. At 6-foot-2, 210, some feel he profiles better as a first baseman. The Yankees invested $2 million in him and love his ability to recognize pitches. Not as athletic as Garcia or DeLeon.

Wilkerman Garcia, SS, Venezuela – Given he won’t turn 17 until April 1, this 5-11, 170-pound switch hitter caught the Yankees’ eye for his intelligent approach to the game, There is a question whether he will mature into a rangy shortstop with size as he grows, or would fit better as a second baseman. Some see him following Jorge Posada’s move from shortstop to catcher. The Yankees signed him for $1.3 million.

Miguel Flames, C, Venezuela – Whether or not this 6-2, 205-pound catcher remains behind the plate is a question. If not, first base could be where he ends up. An excellent hitter who grabbed the Yankees attention at a national tournament in Venezuela, he signed for $1.1 million. The 17-year-old is not a toolsy player.

Hyo-Joon Park, SS, South Korea – This 6-foot-2, 170-pounder has an advanced package at 19. It will be interesting to see where the Yankees assign him for 2015. Smooth in the field with the ability to make all the plays and possessing a strong arm. Offensively, he can hit to all fields and has a little pop in his bat. He reportedly signed for $1.1 million.

Jonathan Amunduray, OF Venezuela – He’s only 16 (turns 17 May 11) and has outstanding raw tools. Was noticed in the International Prospect League in the Dominican Republic. Has the athleticism and tools, but needs to develop them. He is projected as a corner outfielder.

Bryan Emery, OF, Colombia – Once talking to a friend from Bogota, we asked how baseball and soccer mix in his country. “In the north, we play baseball, in the south soccer,” he said. The 6-foot-3, 190-pound Emery, who trained in the Dominican Republic with Ivan Noboa, who has gotten bonuses for his players before. He has power, but his overall game needs some smoothing out. Emery just turned 17 this week and is projected as a corner outfielder.

Diego Castillo, SS, Venezuela – The type of player who is not blessed with outstanding tools, the 5-11, 150-pound Castillo, who was showcased in the Dominican Republic, is incredibly sound for a 17-year-old. He makes the plays and is a “thinking” kind of shortstop. The Yankees like such players, and signed him for $750,000.

Antonio Arias, OF Venezuela – At 6-3, 170, Arias, who won’t turn 17 until June 12, is learning how to make mix his raw athletic ability with baseball fundamentals. He also caught the Yankees’ eye with his play in the International Prospect League. Projected as a player with plus speed and power, his game is in the major development stage.