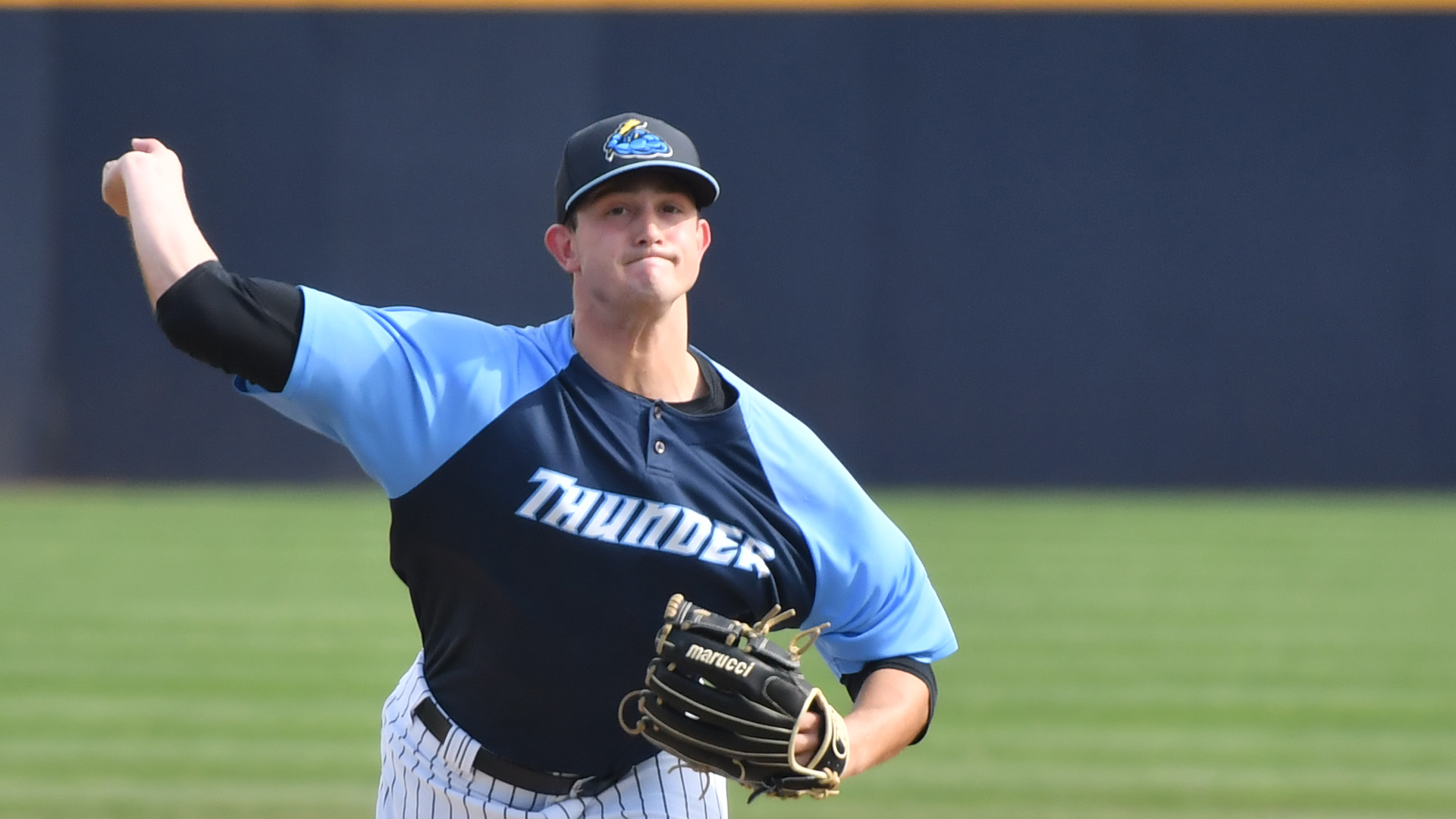 The MLB held their annual Rule 5 Draft on Thursday, with 18 teams making selections. The Yankees lost three players in the draft: Garrett Whitlock (RHP), Kyle Holder (SS), and Trevor Stephan (RHP). Let’s take a look at each of these players, as well as where we have had them in some of our top 100 rankings.

Whitlock, who was drafted in the 18th round in the 2017 Draft by the Yankees, was selected fourth by the Boston Red Sox in the 2020 Rule 5. He stands at a large six feet and five inches and 190 pounds. He had some success with Trenton in 2020, throwing 70.1 Innings with a 3.07 ERA. Known for his fastball-slider combo, the Red Sox are likely hoping to develop a third pitch (a changeup) to make him a viable starting pitching option.

In our 2020 Pre-Season New York Yankees Top 100 Prospects List, Whitlock was listed at 38th in the system. Below you’ll find a snippet from our scouting report on him in 2019.

Fastball: Whitlock sits 92-94 with his fastball with arm-side run. He was able to limit hard contact for the most part.  He will occasionally hit 95 mph with his fastball, but it does not happen often.

Slider:  Whitlock throws his slider at 82-84 with tight break and he shows a pretty good feel for it both in and out of the strike zone. This is his best pitch in my opinion.

Changeup: He flashed an 81-84 mph changeup but doesn’t rely on it too much. Developing this pitch as a complement to his fastball and slider could be the key for Garrett to improve his profile and have a chance to start in the big leagues.

The Red Sox will likely try to develop a slider with Whitlock in the hopes of him becoming a part of the rotation or at least a reliable long bullpen arm. 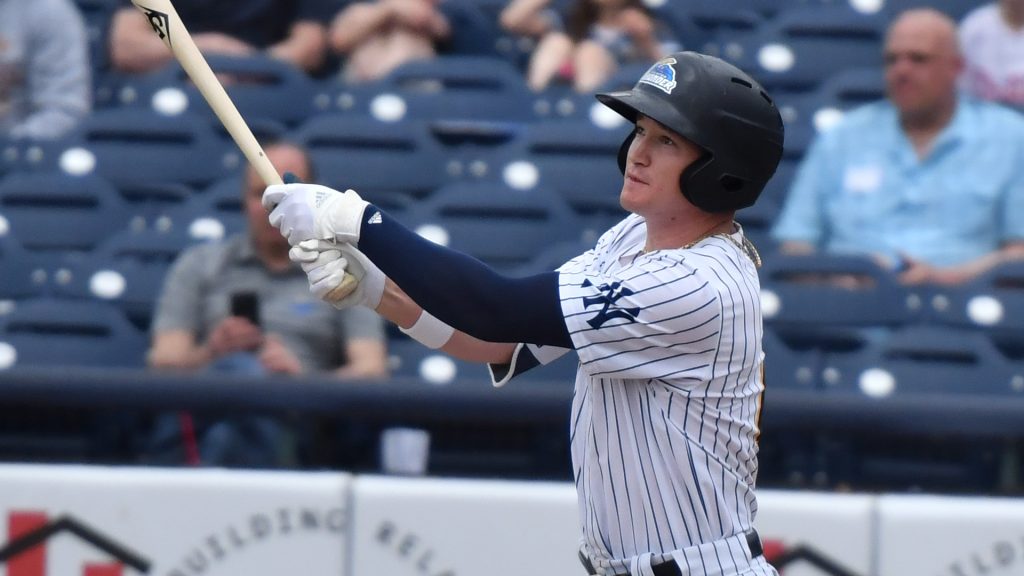 Holder was the 30th pick in the 2015 Draft by the Yankees and was taken with the 11th pick of the 2020 Rule 5 Draft by the Phillies. He’s a solid fielder who can likely play on both the right and left side of the infield. He does not, however, have much prowess as a hitter.

In our 2020 Pre-Season New York Yankees Top 100 Prospects List, Holder was ranked 33rd. The Phillies are likely hoping to add Holder in the hopes that he can grow into the 1st round pick that he was, while at worst providing a solid utility glove with an OK bat. 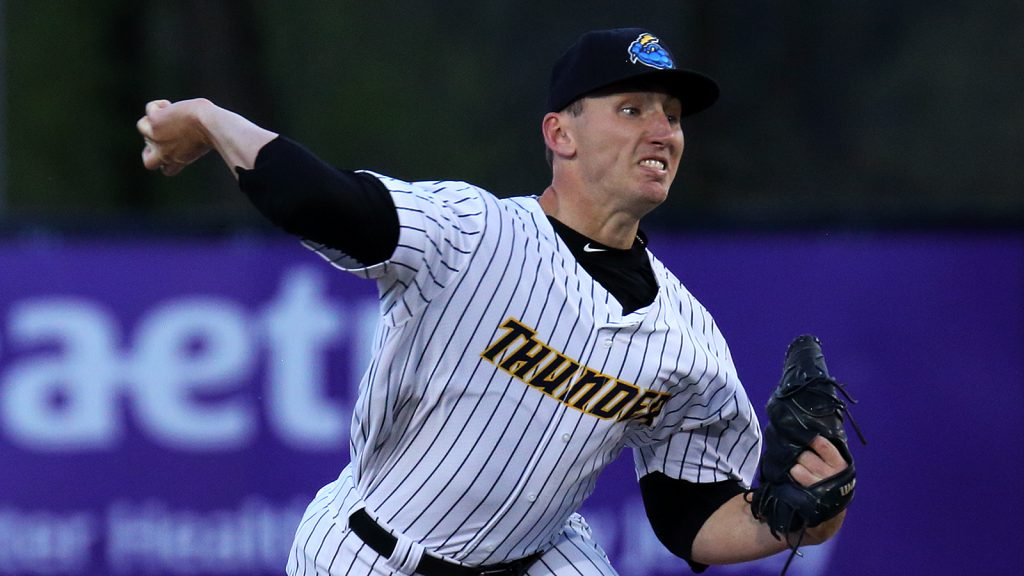 Trenton Thunder’s Trevor Stephan during a game against The Akron Rubberducks in Trenton on Tuesday, April 16, 2019. (Photo by Martin Griff)

Stephen was ranked 31st in our Preseason Top 100 Prospect Rankings, making him our highest rated Prospect of the three taken in Rule 5. Below you’ll find a snippet from our scouting report on him in 2019.

Fastball – Throws a running fastball that acts more as a two-seamer, it will average out around 93-95 mph but will hit 96-97 mph two to three times a game.

Change-Up – He is still working on his change, but it has become a considerable part of his success this season, sitting 86-87 mph

Slider – His slider works exceptionally well with his running fastball and can be his most dynamic pitch shortly, he can throw a slider/cutter that can range from 82-83 and a more downhill slider that will sit at 77-80 mph

Stephan is likely to see serious time on the mound with the Indians, as he will be a part of the bullpen at the start of the season. He does have a history as a starting pitcher as well, so could be a multi-innings eater if things pan out.

As we know, the teams that selected these players from the Yankees’ organization must have them on the active roster for all of 2021. If they remove them from the active roster at any point in the season, the Yankees get the player back. With that said, make sure you keep an eye out for these three players.