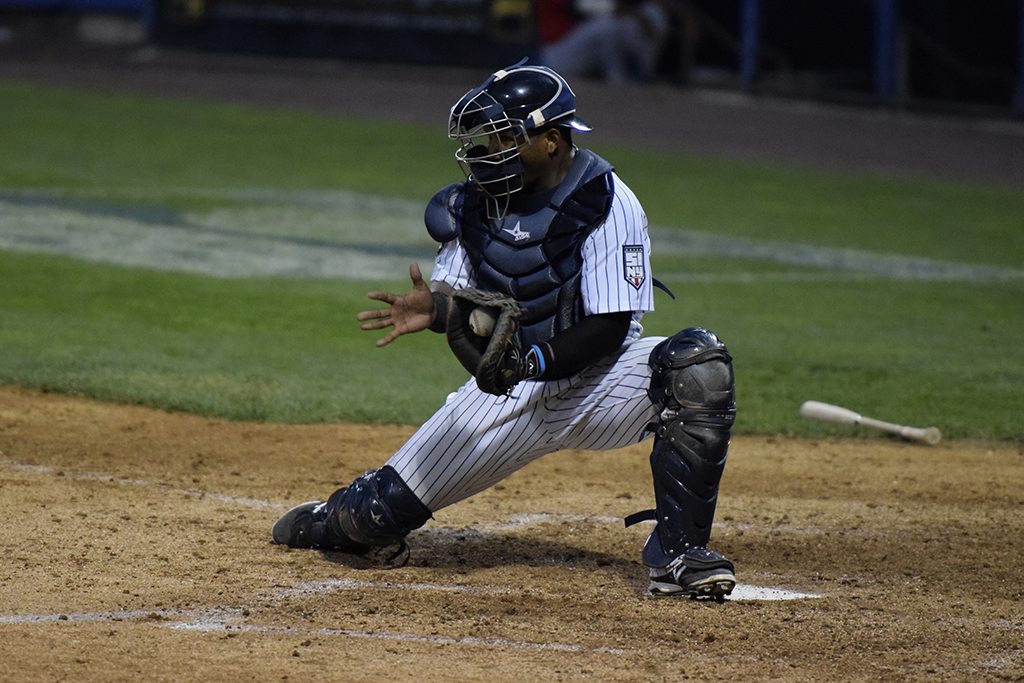 Eduardo De Oleo catches the ball as he prepares for a play at the plate. (Robert M. Pimpsner)

In the Triple-A phase of the Rule-V draft the New York Yankees lost Luis Niebla, Danny Oh, Eduardo de Oleo and Yoel Espinal.  Unlike the major league phase of the draft, players selected in the minor league phases have no requirement to stay on the classification roster.  They are no members of their new organizations until their contracts expire.

Niebla, 24, split the 2015 season between the Tampa Yankees of the Florida State League and the Trenton Thunder of the Eastern League. He was selected by the Colorado Rockies. In 60 innings this year, he struck out 48 and earned a 2-6 record with a 4.50 ERA.  In Tampa he was 2-5 with 2.88 ERA over 50 innings in 28 games.  He struggled once promoted to Double-A where he was touched for 14 runs over 10 innings.  This winter he is playing in the Mexican Pacific League where he has been working as a starter with a 3-3 record and a 3.44 ERA in 10 games, throwing 52 1/3 innings and striking out 35 batter 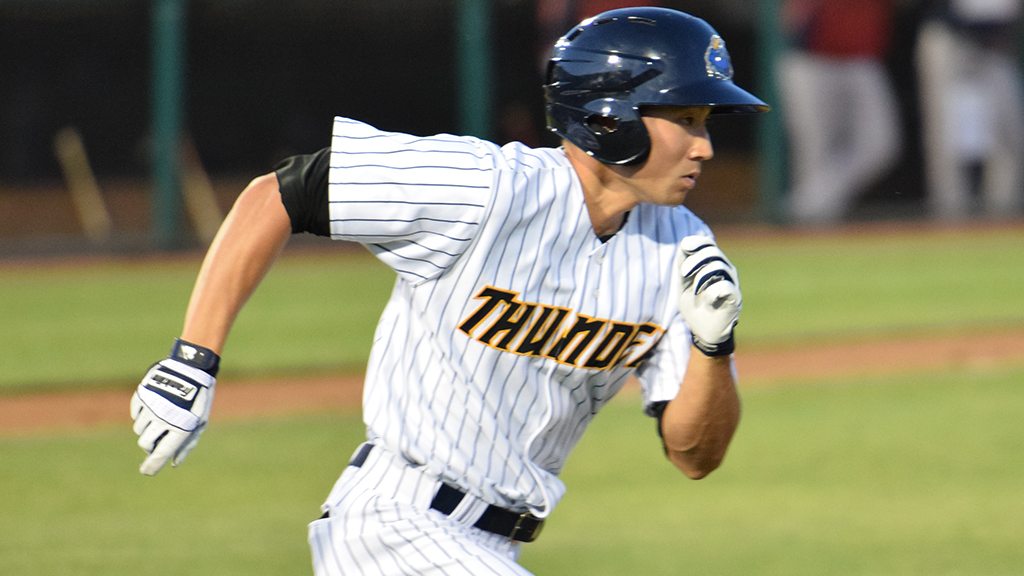 Oh, 25, was originally selected by the Yankees in the 25th round of the 2012 First-Year-Player Draft out of the University of California-Berkley.  After hitting just .198 in 29 games in his first professional season he went on to a solid career in the organization.  Last year hitting .305 between High-A Tampa and Double-A Trenton.  Overall he is a career .274 hitter in the minors.  With the Yankees Oh was blocked but with his new club, the Oakland Athletics, it is possible he can get a better chance of reaching the big leagues. 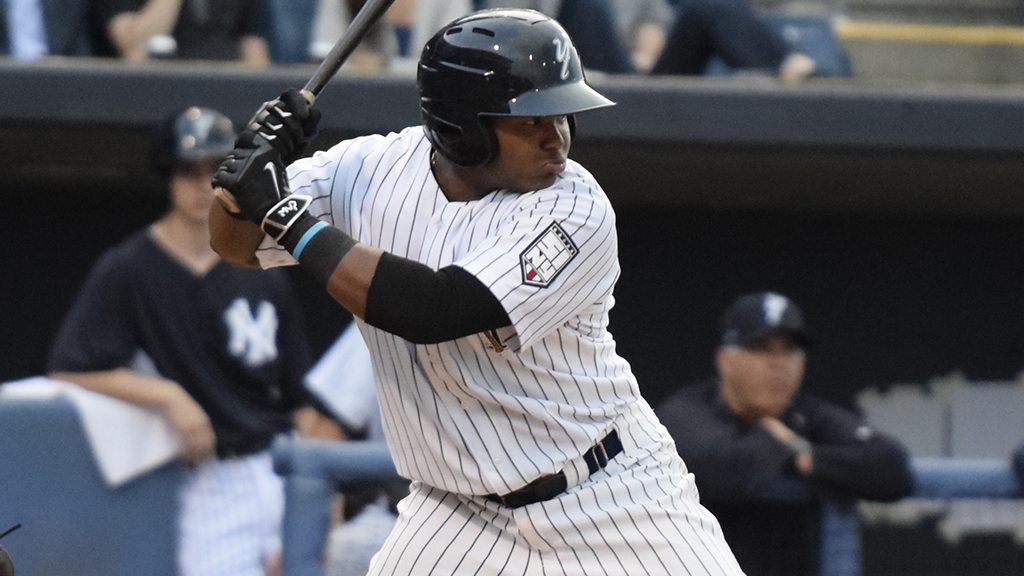 De Oleo, 22, spent the 2015 season with the Staten Island Yankees as one of their regular catchers.  He hit .237 for Staten Island after being sent down from the Charleston RiverDogs.  With the RiverDogs he also hit .237.  Overall he was a career .236 hitter in the minors but later in the year he started to heat up, hitting .428 in the New York-Penn League playoffs. 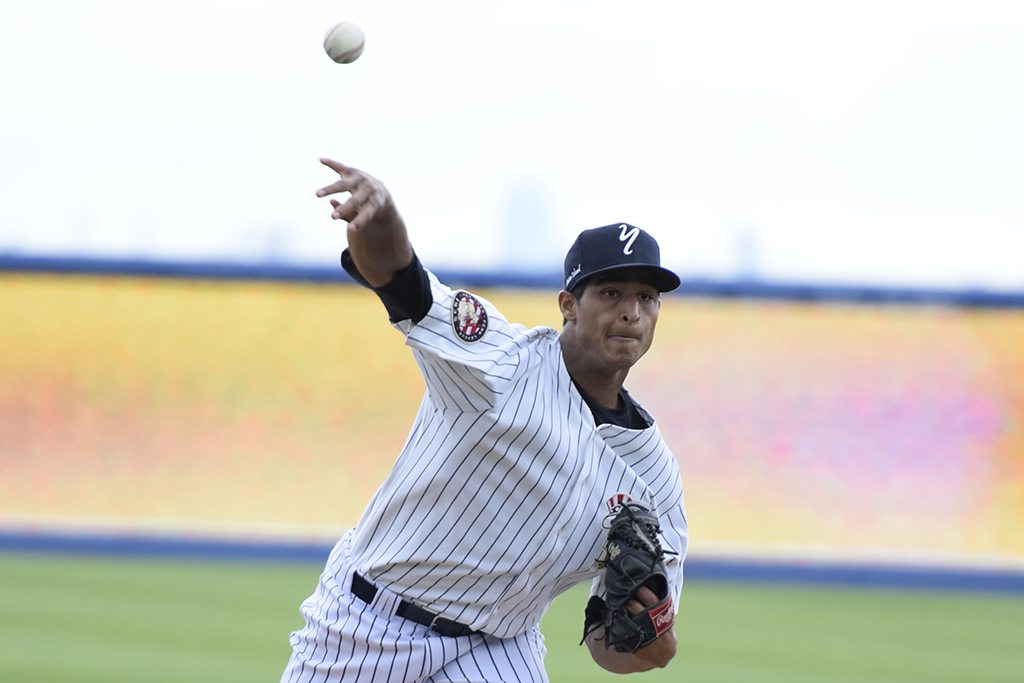 Espinal, 23, was a minor league free agent signing by the Yankees in 2012 after pitching in the Tigers organization in 2011.  This past season he split the year between the Charleston RiverDogs and Staten Island Yankees.  With the RiverDogs he was used out of the bullpen where he was 3-1 with a 2.79 ERA in 17 games.  The Yankees then sent him down to Staten Island where they had him split the season between the rotation and bullpen.  He showcased a mid-90s fastball but lacked command and control of it to be effective, pitching to a 1-5 record with an 8.54 ERA for the Baby Bombers.