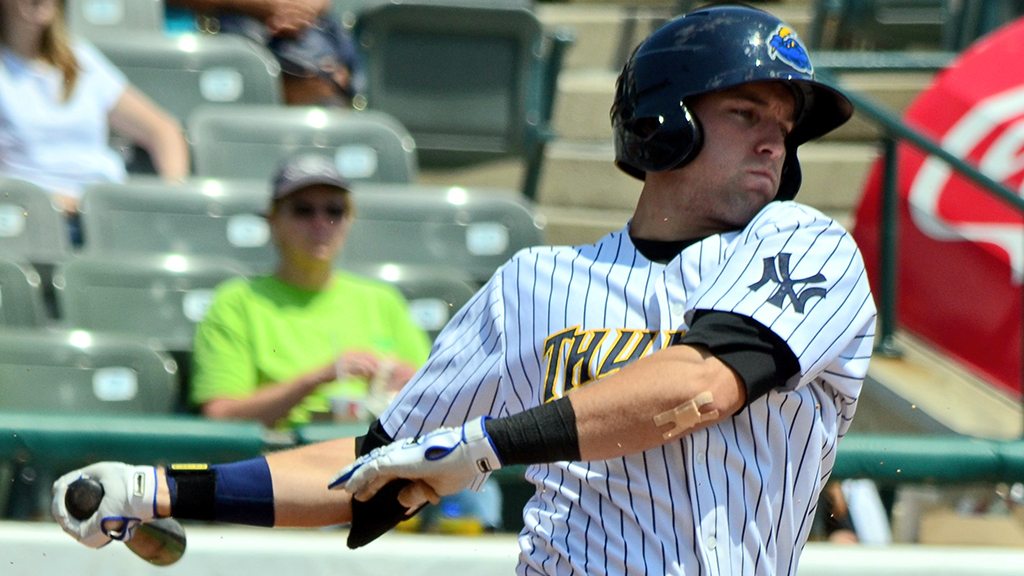 The 23-year old versatile outfielder who was the Bombers sixth round pick in 2011 was left unprotected by the Yankees after he hit .278 with 2 homers and 39 RBI in 132 games between Trenton and Scranton.

Cave has experience at all three outfield positions and plays the game with hustle and aggressiveness and he figures to compete for a fourth outfielder role in Cincinnati. The 2015 Eastern League All-Star will need to stick on the Reds 25-man big-league roster for the entire 2016 season or be offered back to the Yankees.