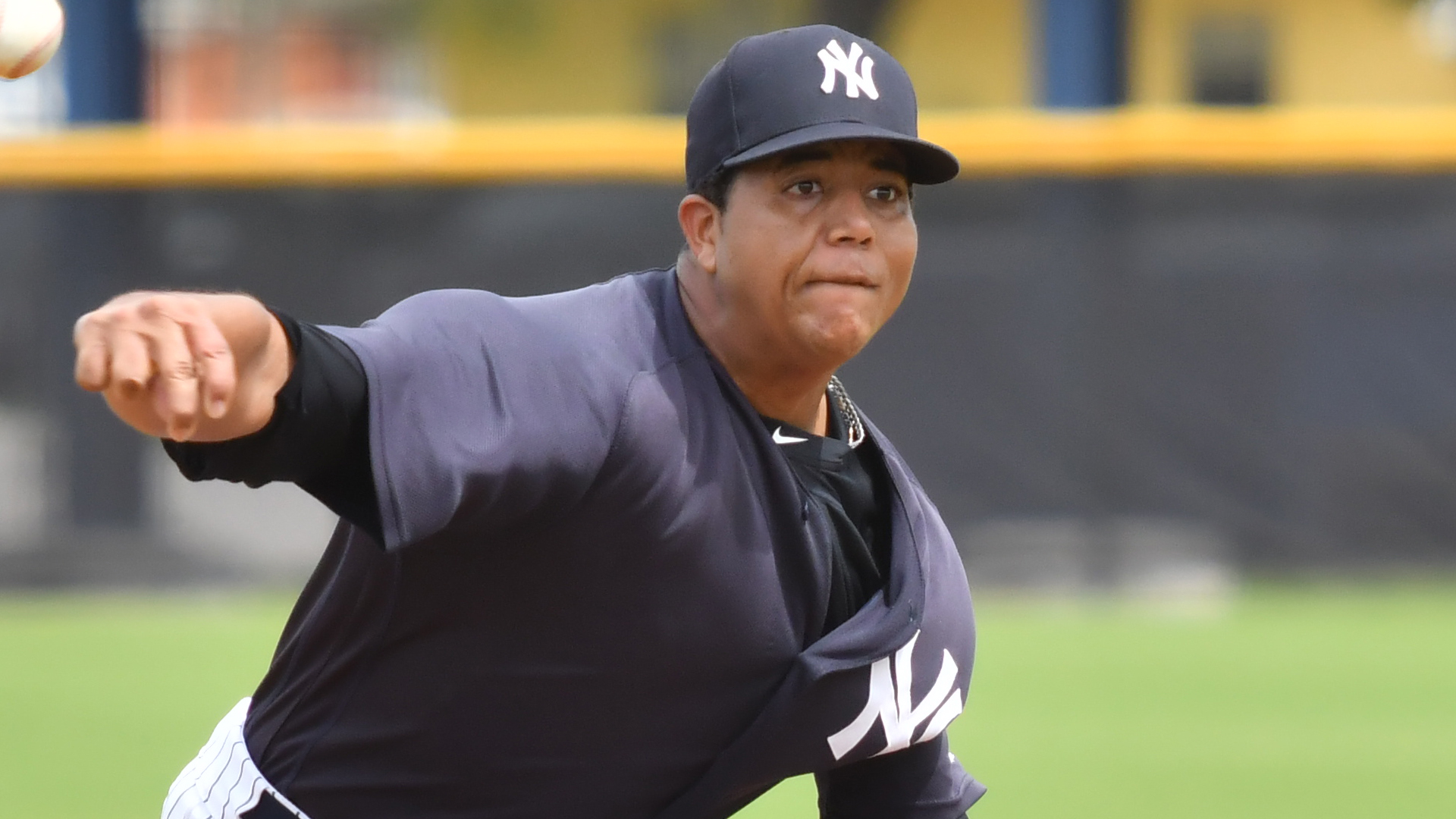 The annual Rule 5 draft kicked off with Yankees right-handed pitcher Rony Garcia being selected first overall by the Detroit Tigers.  Garcia, 21, has been with the Yankees since he was signed as an international free agent on July 2, 2015.  Since then, he has put together a solid minor league career Throwing 396 innings over four seasons with a 1.16 WHIP and a 3.50 ERA over 75 games, 72 starts.

Over the four seasons in the Yankees organization, Garcia has never been on the injured list and has the makings of a solid back-of-the-rotation starter on a big-league club.  He spent most of the 2019 season in Double-A and had an underrated season that included an incredible performance in the Eastern League Championship Series.

The 2019 season was an underrated season for the right-hander.  Garcia opened the year with the Tampa Tarpons, appearing in four games in the Florida State League during the month of April before being promoted to Double-A Trenton.  With the Tarpons during those four games, he allowed five earned runs over 18 1/3 innings with 22 strikeouts.

On April 28, he was promoted to Double-A to get his first taste of the minors’ upper levels. He got off to a good start with his first start for the Thunder going five innings allowing a hit and four walks while striking out eight on April 28 against Erie. But he struggled over the next couple of months.

He was demoted to Tampa for one game in June, returning quickly to Trenton where he would remain for the remainder of the season.

July is when Garcia would begin to turn around his season.  Over the next 11 games during the regular season, Garcia would strike out 61 batters over 61 innings, allowing 23 earned runs good for an ERA of 3.39.

He appeared in two games during the Eastern League postseason. His first game, on September 5 against the Reading Fightin’ Phils allowing four hits and a walk over 3 1/3 innings of work.  His biggest game came in the Championship Series when he threw five no-hit innings, striking out six batters and an allowing a walk.

The Yankees will receive $100,000 from the Tigers as compensation for them selecting Garcia in the draft if he remains on Detroit’s 26-man roster for the entire 2020 season.  If Garcia is returned to the Yankees, the fee will be reduced to $50,000.