Yankees MiLB Mailbag: Sensley, what to expect from Estrada, the next Mike Ford, and more. 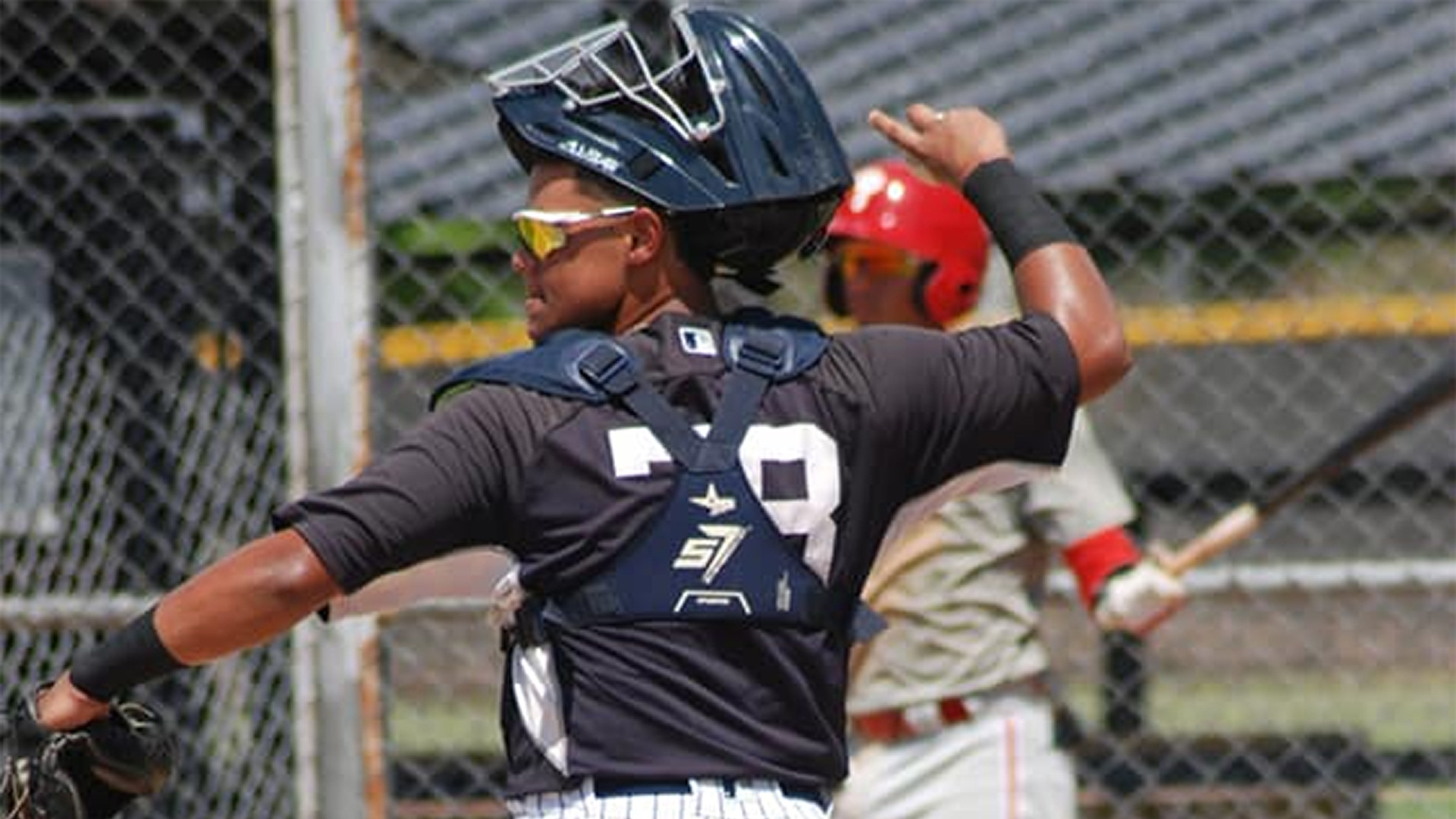 Thanks to everyone that sent in questions for the mailbag posts.  I ended up splitting the questions into two posts as my answers began to get rather long.  With that in mind, if you haven’t yet check out the first part of the mailbag that was posted yesterday.  Today we complete the mailbag questions we received.

Oppenheimer said Sensley was kinda like his mega sleeper. Looked great early on and then kinda meh.

@jbj5613 on Twitter asks: “Oppenheimer said Sensley was kinda like his mega sleeper. Looked great early on and then kinda meh.”

Steven Sensley is an older prospect that came into the system with some buzz because of the raw power he has shown. He is 24 years old and has yet to make it pass Class-A Advanced.  He is in a similar boat to fellow Yankee Chris Gittens, an older player for his level who is blocked at the next level.  Ford blocks Gittens, and Gittens blocks Sensley.

It is likely at some point in 2020 that Sensley will get his first chance at Double-A but he would have to show some mastery of High-A first.  Sensley has 153 games with the Tampa Tarpons and has hit just .206/.288/.359 with 18 doubles, 20 home runs, and 54 RBIs.  That is equal to over half of his career minor league at-bats.

While the raw power is still there, the question remains if he can shore up his hit tool enough to take advantage of it.

What are your expectations for Estrada this season? AAA all year? Traded? I assume Wade has the edge on backup IF spot as long as he is on the team.

@NYFanInCT on Twitter asks: “What are your expectations for Estrada this season?  AAA all year?  Traded?  I assume Wade has the edge on backup IF spot as long as he is on the team.”

First, let me preface this by saying I am a huge Thairo Estrada fan. I have been on since I first saw him as an 18-year-old in Staten Island back in 2014. I expect to see Estrada start the season in Triple-A with the RailRiders. I do not think he would stay there all year, as we have seen the last few years injuries do happen and guys like Estrada will get chances in the big leagues as fill-ins.

I do agree that as of now, Wade has an edge to be the 26th man on the roster. It is a spot that is perfect for a guy like Wade. With that said, Estrada will be the backups’ backup and be an everyday player in Triple-A before he is needed in the bigs.  I do think if not before the season at some point in 2020 one of Estrada or Wade will be traded.  I think at this point, Estrada has more potential than Wade especially being two years younger.

Top candidate for the next Mike Ford (guy who seems destined to be buried in minors but could be huge help if given a shot)?

@Matthewkrain on Twitter asks, “Top candidate for the next Mike Ford (guy who seems destined to be buried in minors but could be huge help if given a shot)?”

This one is easy for me. Kyle Holder. Holder does not get much love from the prospect community and fans have seemingly never really liked him for some reason. For a first-round pick, Holder is an underrated prospect.  He is easily one of the best defensive players in the system and in the minors as a whole.  The one knock against him has been his bat which has made great strides over the past few seasons.

Do you see Florial starting the year at Trenton and being able to stick there all season?

@jimdemotses on Twitter asks: “Do you see Florial starting the year at Trenton and being able to stick there all season?”

If Florial does start off in Double-A in 2020 it would not be his first appearance in a Thunder uniform.  Florial played in two games in the 2017 Eastern League postseason for Trenton and had a double in four at-bats during those games.

Besides Dominguez, who ate up almost their entire 2019 IFA budget, who else did they sign? I heard that by signing Cole it affects their next June’s IFA budget, is that true?

@NYFanInCt on Twitter asks “Besides Dominguez, who ate up almost their entire 2019 IFA budget, who else did they sign?   I heard that by signing Cole it affects their next June’s IFA budget, is that true?”

So aside from Jasson Dominguez, the Yankees have 33 other 2019 international free agents under contract, 32 of them they signed initially and one they acquired in a trade. I am including a full list of all the 2019 IFA signees below so you can see who they signed and some basic info on them.  Aside from some info that Baseball America put out in their Yankees IFA Review, there really is not much out there on many of these guys.  They highlight Dominguez as well as Enger Castellano, who signed for over $377,000, as well as catcher Manuel Placencia. They compared Castellano to Andujar and talked well about Placencia’s bat.

Ernesto Borges is a right-hander they signed out of Mexico, throws 85 miles per hour.  Cuban-born Lester Beltran might be an interesting find, the left-handed pitcher has a 90-miles per hour fastball as well as a curveball, a changeup, and a sinker. 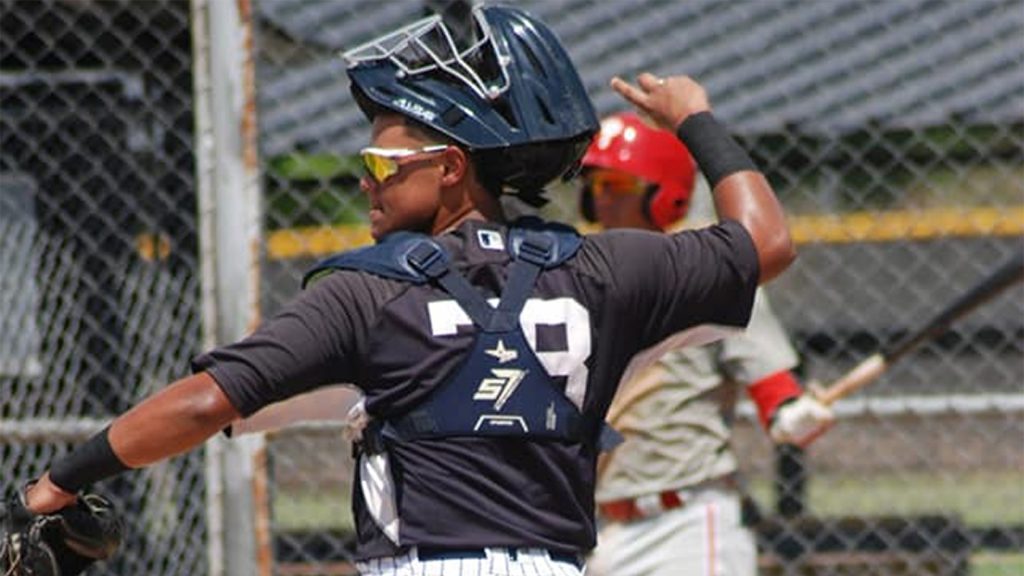 Catcher Oscar Silverio looks interesting, I had the chance to watch some video and noticed some quick hands behind the dish.  He is kind of slow out of the box but doesn’t move bad for a catcher. That is about all I can find on these guys.