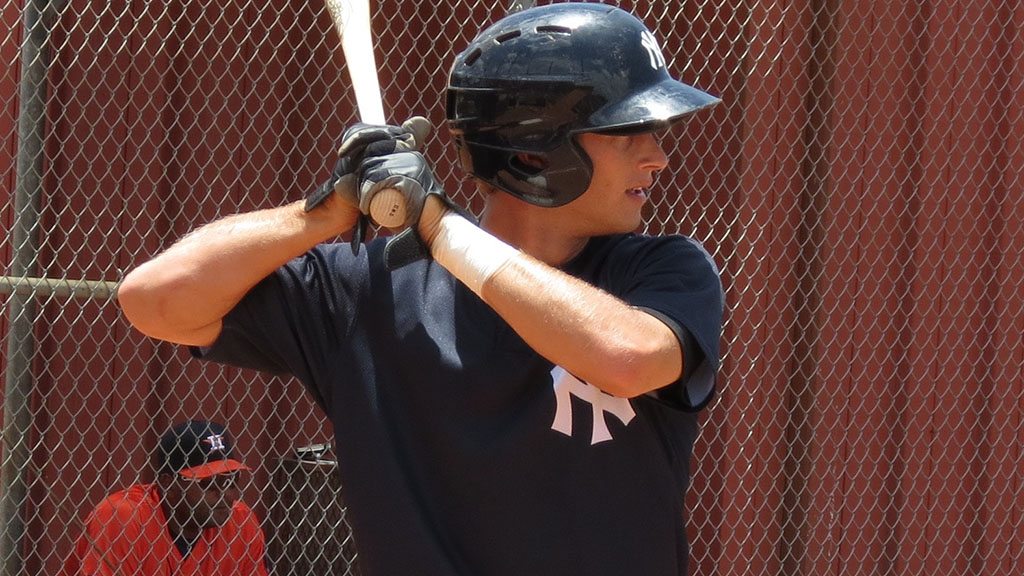 Major League Baseball has announced that New York Yankees minor league shortstop Tyler Palmer has been suspended 50-games without pay for testing positive for Amphetamines. Palmer’s suspension will go into effect at the start of the 2015 Gulf Coast League Season. He also tested positive for the second time for a drug of abuse, in violation of the MiLB drug program.

Palmer was signed as a free agent last June. With the Gulf Coast Yankees in 2014 he hit .262 across 51 games with 6 doubles, 6 triples and 3 home runs while driving in 24. During his short professional career he has played mostly in the infield, with the majority of his time coming at shortstop and second base. In addition to some time at third base and in the outfield.

Tyler was once a fourth round draft pick of the Marlins in 2011 however a freak accident severed the nerves in his throwing arm. After surgery and rehab we went to Oakton Community College before going to Thomas University. He was playing in the Florida Collegiate Summer League before signing a free agent contract with the Yankees.