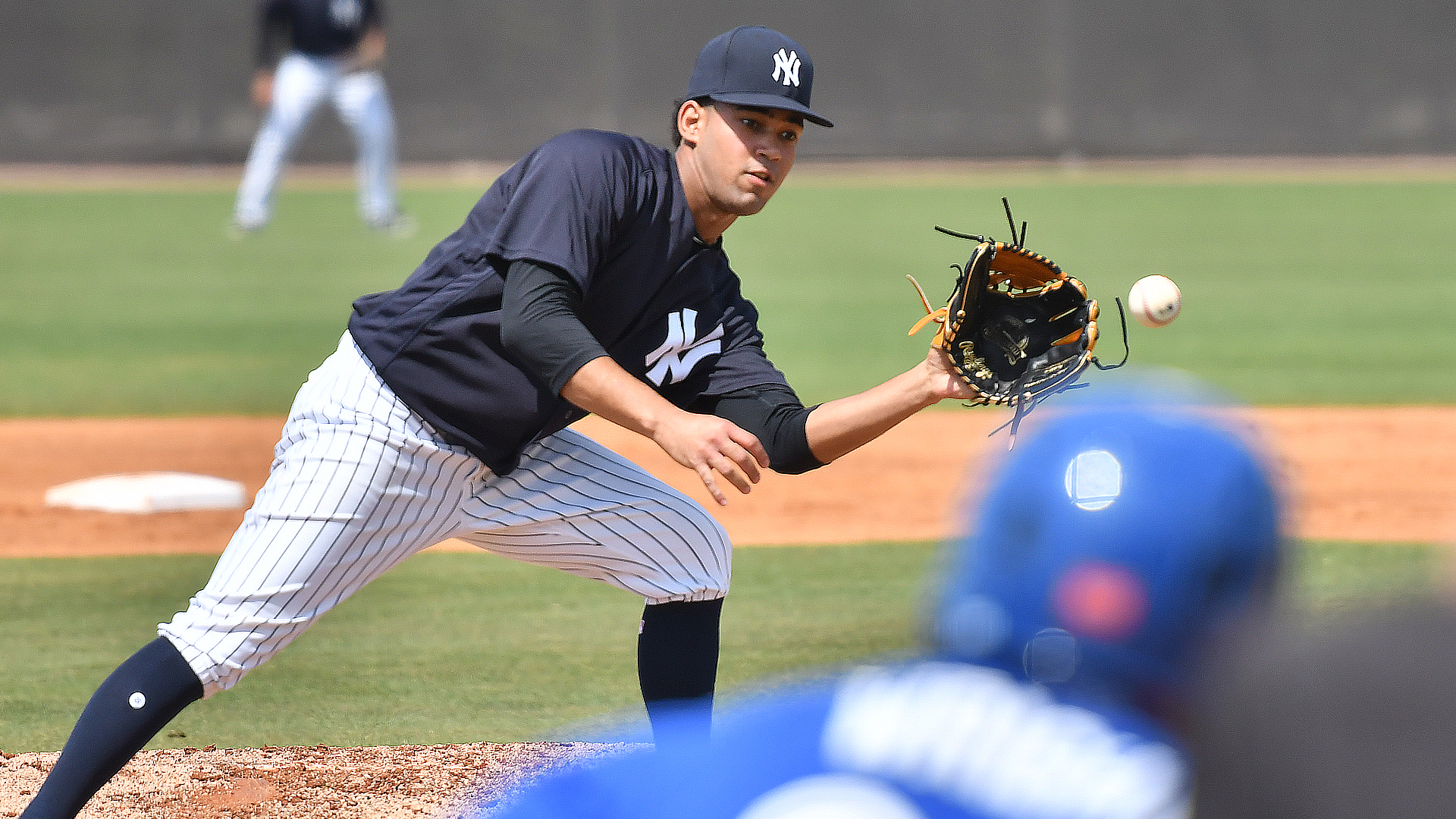 For the first time in two years, minor league baseball is returning to Northeast Pennsylvania next week. On Sunday morning, the Yankees announced their 2021 preliminary opening day rosters for all of their full-season minor league affiliates. The Railriders 31-man roster, which will be cut down to 28 active players by first pitch on Tuesday, includes a lot of experience. 19 of the players have already made their major league debuts, combining 3,523 games of major league experience. Four of the 19 have played more than 300 games in the big show: infielder Derek Dietrich (746), catcher Robinson Chirinos (602), and relievers Adam Warren (323) and Luis Garcia (326). Two of the players on the roster are in the Yankees’ top 30 prospect list on MLB Pipeline: right-handed pitchers Deivi Garcia (3) and Albert Abreu (18). Both of them are currently on the organization’s 40-man roster.

Garcia will likely toe the slab in the Railriders season opener on Tuesday at NBT Stadium in Syracuse, New York. He is one of 17 pitchers on the Triple-A affiliate’s initial roster. He will pitch in Scranton for the first time since reaching it as a 20-year-old in 2019. It was a struggle for him, he held a 5.40 ERA in 11 appearances (six starts), but the higher level was more or less a tough adjustment for him. Outside of that, he turned out a solid campaign between High-A Tampa and Double-A Trenton. In 15 starts, he combined to go 4-6 with a 3.46 ERA and 120 strikeouts to just 34 walks in 71 1/3 innings of work.

The right-hander made his major league debut in the shortened 2020 season. He made six starts while striking out 33 and walking six. Garcia also already made one start this season, surrendering two runs in four innings while striking out four. He will likely go up and down between Scranton Wilkes-Barre and the Bronx all season.

Abreu pitched the entire 2019 season in Double-A, starting 20 games while relieving three others. He went 5-8 with a 4.28 ERA with 91 strikeouts in 96 2/3 innings of work. In 2020, he made his major league debut and appeared in two games. Over 1 1/3 innings of work, he surrendered three earned runs but did strike out two. This season, Abreu has made two appearances of one inning each. He struck out three and allowed just one run on two walks and no hits. When the Yankees require an extra arm that can go multiple innings, they will call on Abreu. He will be making his Triple-A debut this season.

The Best of the Rest

Brooks Kriske will join Abreu in making his Triple-A debut after already pitching for the Yankees. The right-hander made four appearances last season and one this season for the big club. 2019 was a very good year for Kriske between High-A and Double-A. Over 43 relief appearances, he held a 2.08 ERA, and 1.022 WHIP with 80 strikeouts and 12 saves over 60 2/3 innings. A number of the Railriders pitchers are back from the 2019 staff, as Nick Nelson, Nestor Cortes Jr., Brody Koerner, Brian Keller, and Trevor Lane were all there.

Adam Warren and Nick Goody are two other pitchers who previously pitched in the Yankees organization and will make their returns after a few seasons away with other organizations. Warren had previously pitched in the Yankees’ organization for 11 years over two separate stints, seven of those seasons coming in the majors. He started his career with four seasons in the minor league system, followed by four in New York. Reggie McClain and Mike Montgomery also have experience in the majors. Montgomery actually has a World Series ring, as he closed out the Chicago Cubs 2016 World Series win. Addison Russ and Braden Bristo are also making their Triple-A debuts and could provide solid innings for SWB. Kyle Barraclough has previously pitched in 270 games over five big league seasons. While he is not currently on the 40-man roster, he could be added during the season and move up and down from New York and SWB.

The pitching staff will have their fair share of catchers to work with as there are currently four catchers on the roster, Rob Brantly, Chirinos, Kellin Deglan, and Max McDowell. McDowell is the only one of the group to have not yet played in Triple-A. Chirinos has played nine seasons in the majors with four teams and has been a fairly solid defensive catcher while his offense is pretty far behind. Brantly also has some major league experience, playing in 127 games across six seasons with four different teams. With the Phillies Triple-A squad in 2019, Brantly slashed .314/.404/.462 with six homers, 28 RBI, and 32 runs. 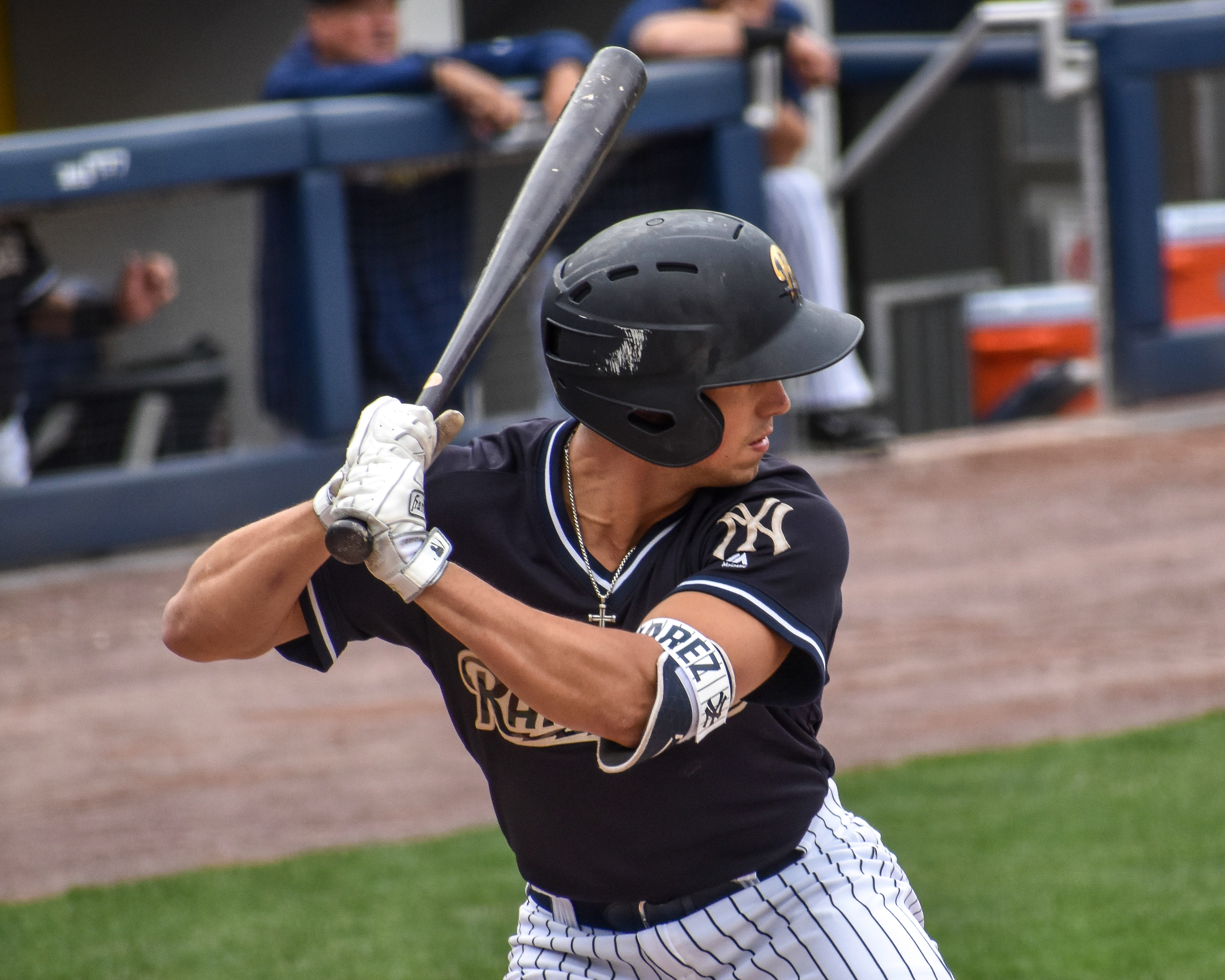 Miguel Andújar leads the infielder group, returning to the Railriders for the first time since 2017. That year, the third baseman slashed .317/.364/.502 in 58 games before being called up and finishing runner-up for the American League Rookie of the Year in 2018. A big focus for Andújar will be on his defense and improving it at third base. It is yet to be seen if the Yankees decide to have him try out left field again. His bat has always been there, but his defense, or lack thereof, cost him his starting job with the Yankees. Well, and a roster spot, for that matter. Veterans Dietrich and Andrew Velazquez will man the infield, while Armando Alvarez returns from the 2019 squad. Dietrich has eight years of major league experience and brings a top level of personality to the team. He has a swagger to him that could spark some things. If his bat can improve, he should find himself back up in New York. Powerful first baseman Chris Gittens and shortstop Kyle Holder will make their Triple-A debuts and round out the infield group.

Trey Amburgey was on the Railriders’ active roster for every regular-season game in 2019 and is returning to lead the outfielders. 2019 was his first year in Triple-A, and he performed well, slashing .274/.329/.494 with 22 bombs and 62 RBI in 124 games. His power has increased every year as he has hit 14, 16, and 22 homers in his three full seasons in the system. A trio of veterans, Greg Allen, Socrates Brito, and Ryan LaMarre, round out the outfielders. All three of them have played in the majors and offer a great deal of experience.

Pitchers Nick Green and Brian Keller are the only players on the roster not to spend time at the alternate site at PNC Field.