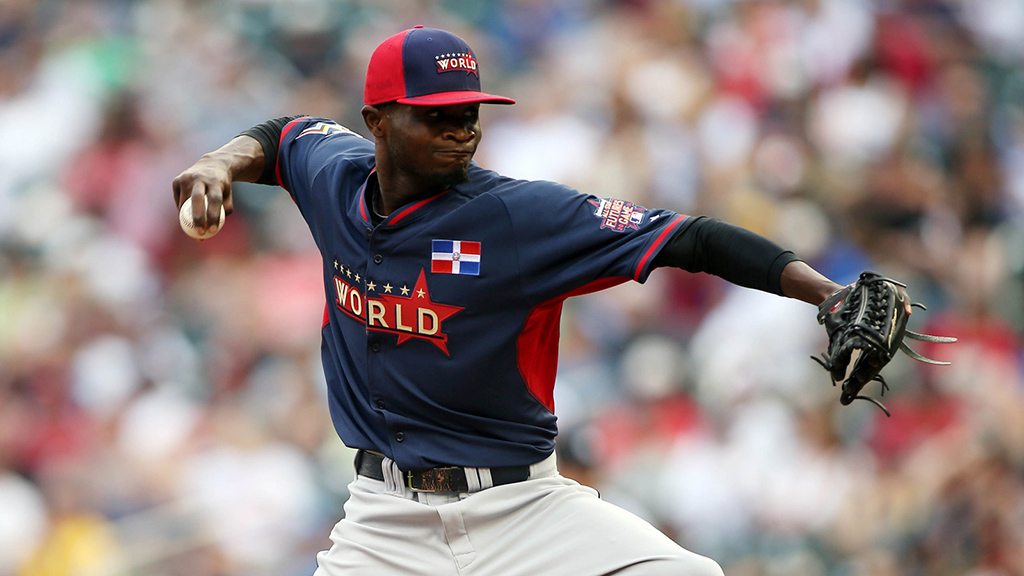 The Yankees announced on Thursday  morning that they have non-tendered right-handed pitcher Domingo German, removing him from the 40-man roster and making him a free-agent.

The 23-year old German, who the Yankees acquired from the Miami Marlins along with Garret Jones and Nathan Eavoldi last winter, missed all of the 2015 season after undergoing Tommy John Surgery.

German never threw a pitch for the franchise but a return to the team is not out of the question. The organization has released high-ceiling prospects coming off of injuries in the past and later resigned them to minor league contracts.

In 77 career minor league games (44 starts), German is 20-10 with a 2.33 ERA with a 1.14 WHIP. Given his age and potential if healthy, German is likely to draw heavy interest from clubs around the league.