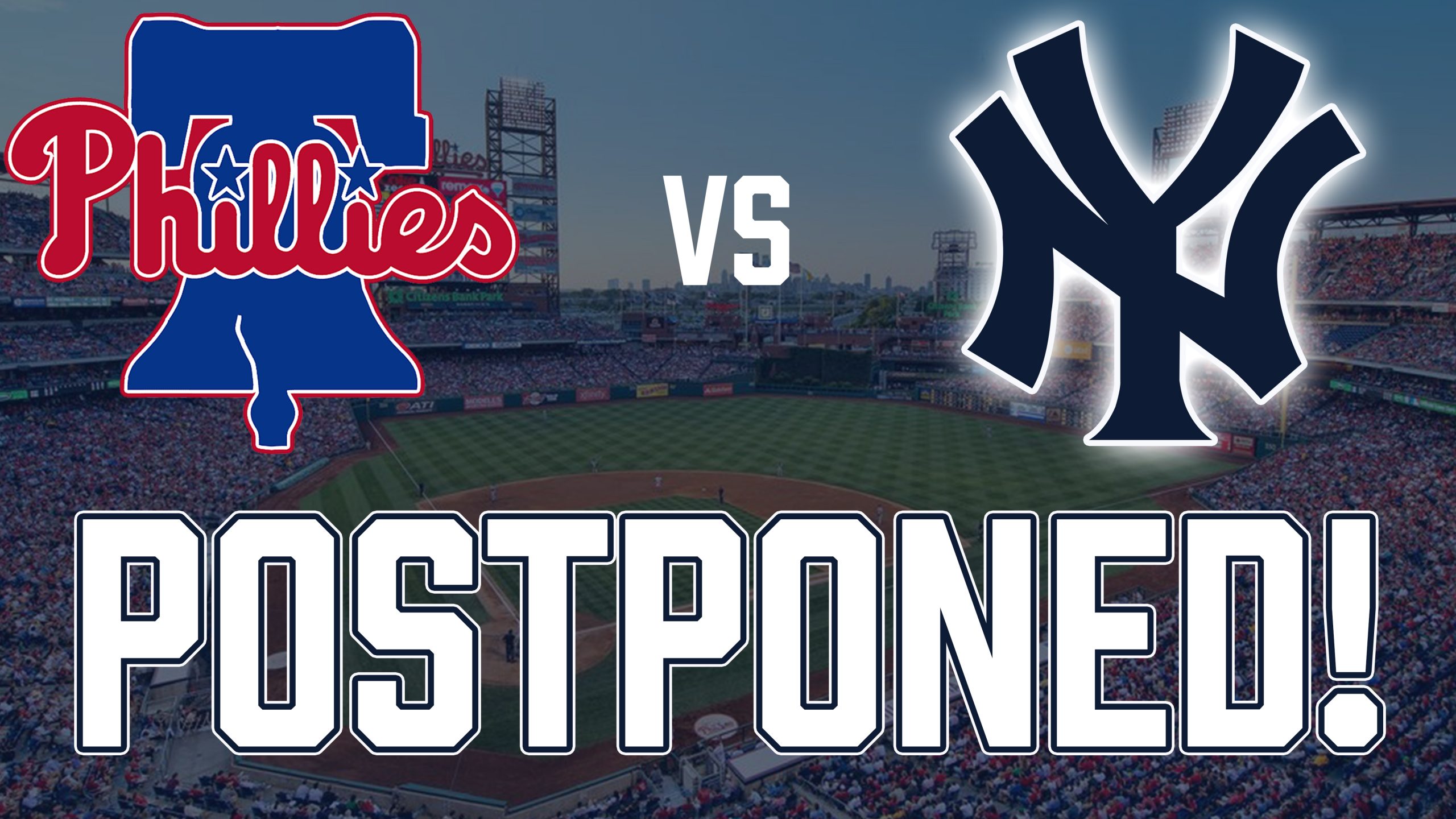 These postponements comes after the announcement of a COVID-19 outbreak within the Miami Marlins organization. At least 14 members of the Miami Marlins, who just wrapped up a weekend series against the Phillies at Citizens Bank Park, have tested positive for COVID-19 in the last 24 hours. Tonight’s games have been postponed while Major League Baseball conducts additional COVID-19 testing. MLB stated that the members of the Marlins’ traveling party are self-quarantined in place in Philadelphia while they await the outcome of MLB’s testing results.

The Yankees, who arrived in Philadelphia last night and are staying at a different hotel than the Marlins, were scheduled to open a four-game home and home series against the Phillies tonight, with the first two games scheduled to be played at Citizens Bank Park, followed by two games at Yankee Stadium. This would’ve been the first regular-season reunion where the Yankees would have been reunited with former manager Joe Girardi and former Teammate, DiDi Gregorious.

Joel Sherman, a baseball columnist with the New York Times is reporting that MLB has its scheduled a call today at 12:30 PM with all 30 club owners.

Pinstriped Prospects will continue to update this story and bring you the latest information regarding the Yankees’ four-game series against the Phillies, as well as any additional information on the 2020 MLB regular season.