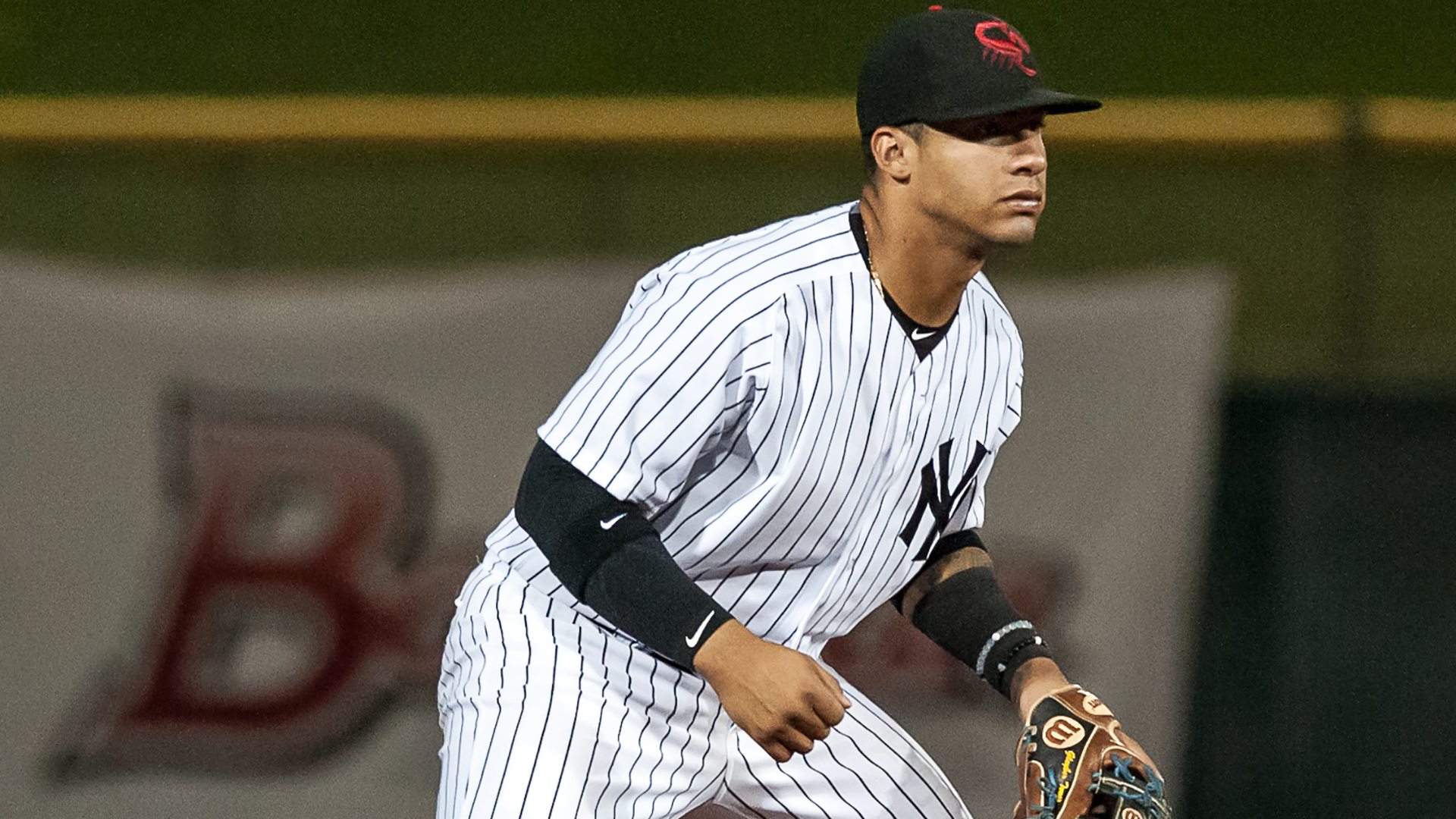 Throughout this week, ESPN’s Keith Law was releasing his prospect rankings for 2017, and the New York Yankees placed six prospects in his Top 100 Prospects list.

Law started off his rankings by naming the New York Yankees as the second-best farm system in the league after their solid drafting the last few years and the fire sale last trade deadline that netted them some of the top talents in the game.  Even Law admitted that you could arguably call the Yankees the top farm system in the game, a notion that many prospect watchers will agree. 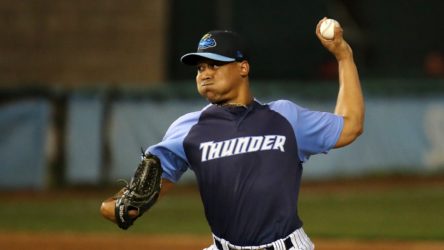 In his Top 100 list, Law named left-handed pitcher Justus Sheffield as the 88th best prospect in the game after he topped out at Double-A Trenton Thunder in 2016, a level he will likely return to when the season starts in a few months.  Sheffield, of course, was acquired by the Yankees at the trade deadline when they traded Andrew Miller to the Cleveland Indians. 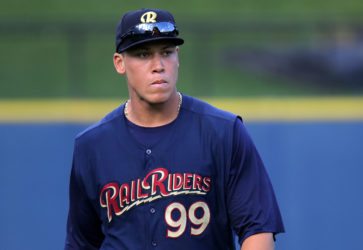 Scranton/Wilkes-Barre RailRider’s Aaron Judge before a game against the Charlotte Knights at PNC Field in Moosic, Pa. on Tuesday, June 7, 2016. Photo by Martin Griff

At number 44 on his list was outfielder Aaron Judge who made his major-league debut in 2016.  Judge struggled, hitting just .179 in 27 games in the majors after hitting .270/.366/.489 in 93 games at Triple-A to start the 2016 season.  Judge’s early struggle in the majors is not something fans should be too concerned with as he has shown a pattern of struggling in his first taste of a new level before working this out the following season. 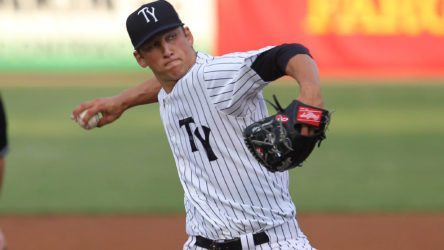 The next Yankee on the list was none other than right-handed pitcher James Kaprielian, the Yankees top pick in the 2015 draft, who came in at number 28 on Law’s list.  Kap has a fastball that has hit as high as 97 miles per hour on the radar gun, something unexpected as he was mostly in the low-90s during his college days.  He compliments it with a slider and changeup that he uses to get outs.  While he lost a good portion of the 2016 season due to an injury, he came back strong in the Arizona Fall League, demonstrating his powerful fastball and strong secondary pitches once again.

Outfielder Clint Frazier came in at #27 on the list.  Frazier came to the Yankees along with Justus Sheffield in the Andrew Miller trade at the trade deadline.  Frazier struggled in his first experience as a Yankees prospect but has since gone on to become fan favorite thanks to his personality and social media acumen.

The Yankees 2016 first round pick Blake Rutherford was Law’s 22nd best prospect.  Law has been high on Rutherford since before the draft, he was a legitimate Top 10 talent but fell to the Yankees due to his age and signability concerns. 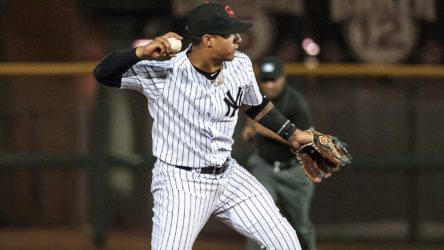 Of course, the top Yankees prospect in ESPN’s Top 100 Prospects list was none other than Gleyber Torres, the shortstop that the Yankees got in exchange for Aroldis Chapman from the Chicago Cubs.  Torres was the youngest winner of the Arizona Fall League MVP award in the league’s history.  He is an advanced hitter and a solid defender.  While he will start the 2017 season as the shortstop for the Trenton Thunder, he has worked out a bit at second base and could even see some time at third.

Noticeably absent from the list is shortstop/second baseman Jorge Mateo who dropped off after struggling this season and serving a suspension for violating team policy.