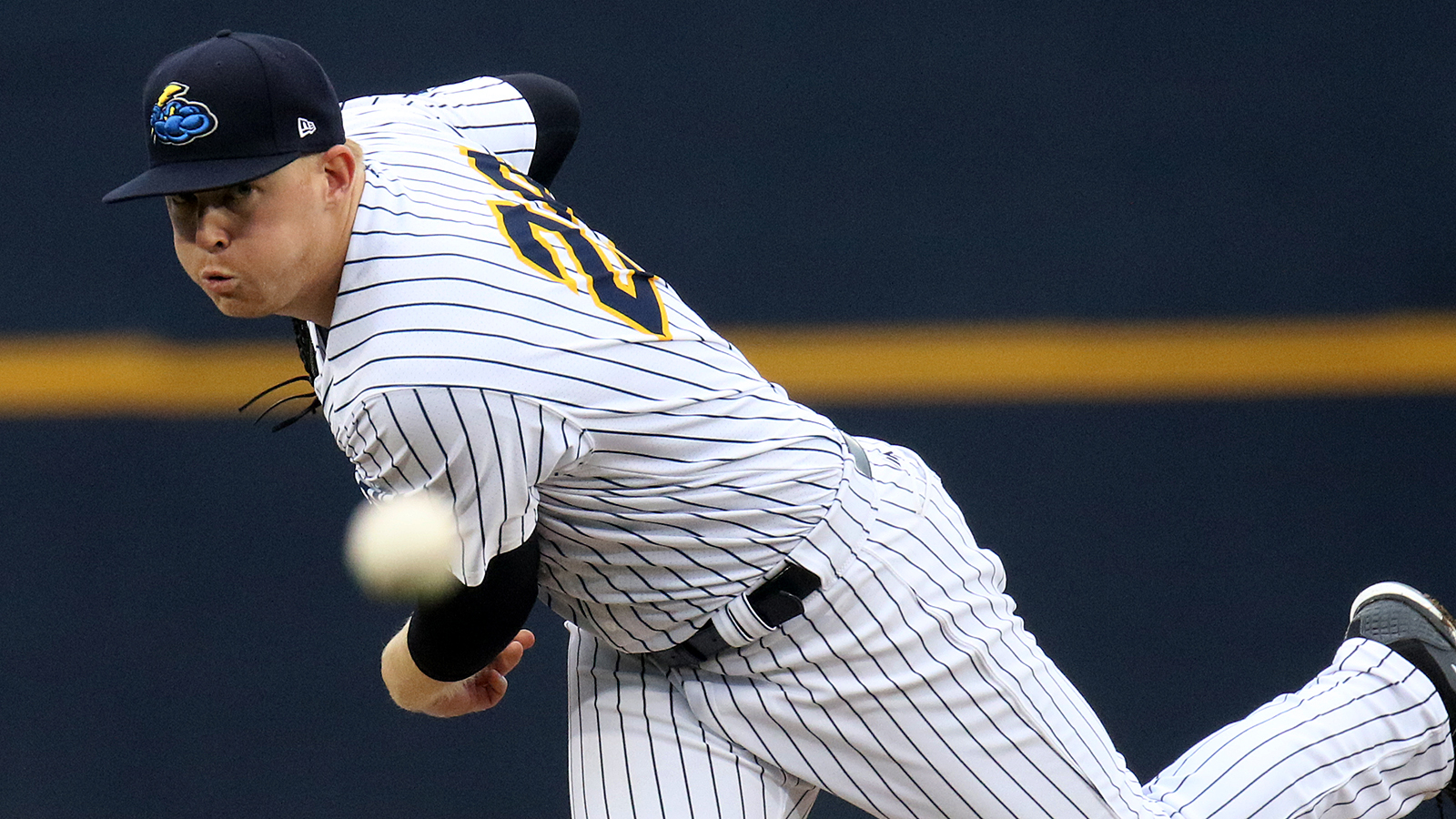 Trenton Thunder starting pitcher Ryan Bollinger works against the Bowie Baysox in Trenton on Thursday, May 17, 2018. (Photo by Martin Griff)

The Yankees announced on Wednesday morning that they have signed 27-year old Ryan Bollinger to a Major League contract and selected him to the 25-man roster from Trenton.

After pitching across the globe on three different continents over the last four seasons, the southpaw was 3-1 with a 1.86 ERA in five starts between Triple-A Scranton and Trenton. The opposition was hitting just .173 against Bollinger.