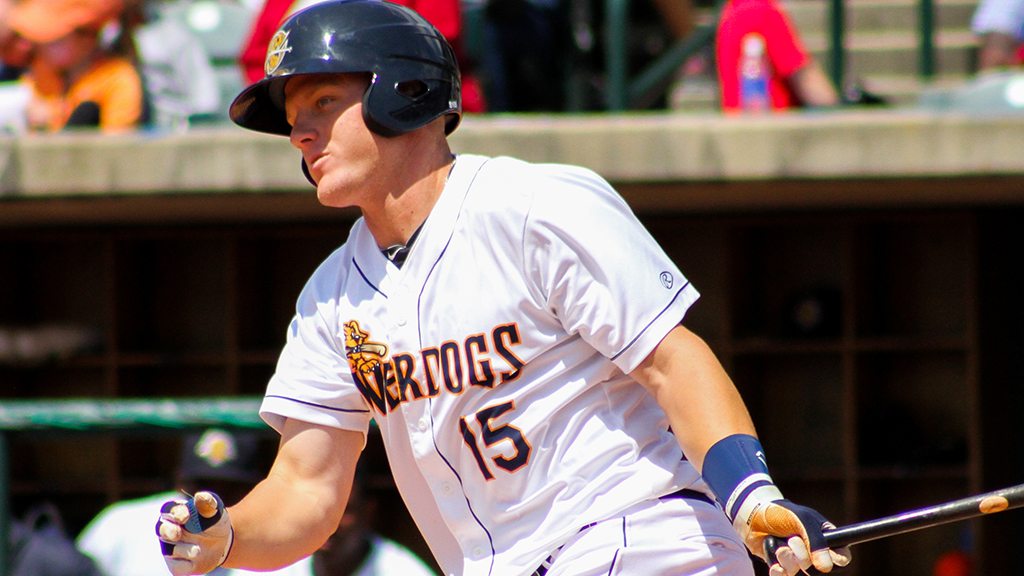 New York Yankees outfield prospect Trey Amburgey has been out of action since being placed on the disabled list April 28 with an upper-body injury, but it looks like he will be back on the field soon.

According to a source with knowledge, the Yankees’ 30th best prospect in our preseason rankings is expected to be back on the field as soon as sometime this week.

Amburgey started this season with the Charleston RiverDogs of the South Atlantic League, where he was hitting .281 with 7 doubles, 2 triples and 1 homerun and 10 runs batted in.  He had 7 stolen bases in as many attempts as well.  Trey was the Yankees’ 13th round draft pick last season and exploded on the scene, hitting .346 in 58 games between the Gulf Coast Yankees and Staten Island Yankees.

Earlier this season, Amburgey told us that his goal was to get better every day and be the best he could be.  It looks like he will soon have the chance to reach his goal soon,