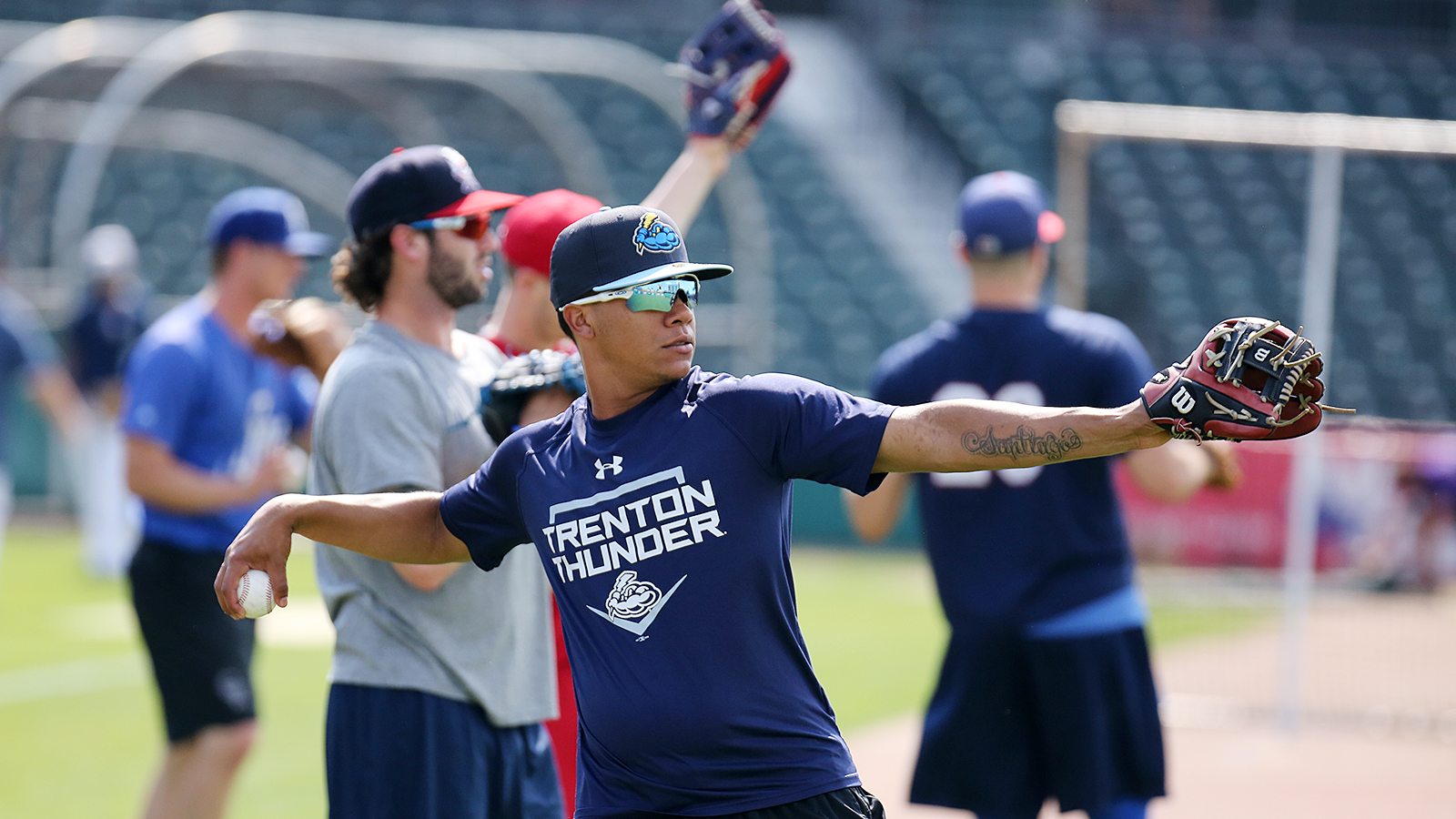 At his daily press conference from Steinbrenner Field in Tampa, Florida, New York Yankees manager Aaron Boone announced that prospect Thairo Estrada is recovering from a gunshot wound in his right hip that he received during an attempted robbery in his native Venezuela.

Estrada was ranked as the ninth-best prospect in the farm system coming into 2018 by Pinstriped Prospects and was recently added to the Yankees 40-man roster.  He is currently in Tampa and is doing well according to Boone.  The Yankees believe that he will be able to play the bulk of the season but will likely miss opening day.

Last season Estrada hit .301/.353/.392 over 122 games for Double-A Trenton, playing second base, third base and shortstop.  The right-handed hitting infielder was slated to open the 2018 season with the Scranton/Wilkes-Barre RailRiders of the International League.

According to Yankees beat reporter Bryan Hoch, Estrada has said that the incident happened when he was walking into a restaurant.  Joel Sherman has reported that he was with his wife at the time when two teenagers came up to him demanding money and his cell-phone.

Thairo Estrada said that he was walking into a restaurant when two teenagers demanded cash or his phone. When he said he had neither, they shot him in the right hip.

Estrada said he was with wife (unharmed) when 2 teenagers asked for money and his cell. #Yankees

Thairo Estrada said that the bullet is still lodged in his right hip. It is expected to stay there. No further surgeries are scheduled. “I don’t think it will affect me at all.”

The incident involving Thairo Estrada took place in Venezuela. He is in camp and has been doing upper body exercises. Should progress to stationary bike soon. Boone indicated he’ll be ready after Opening Day.

The incident is just the latest act of violence against Venezuelan-born athletes or celebrities and their families, earlier this month the mother of a Pirates prospect was kidnapped.  There are no indications that Estrada was targeted for being a Yankees player.

Venezuela is going through a severe economic and humanitarian crisis with over 81% of the population living below the poverty line and this year alone over 500,000 estimated Venezuelans have fled the country.  Many just trying to escape the escalating violence and the lack of basic needs such as food.

In this article:story, Thairo Estrada