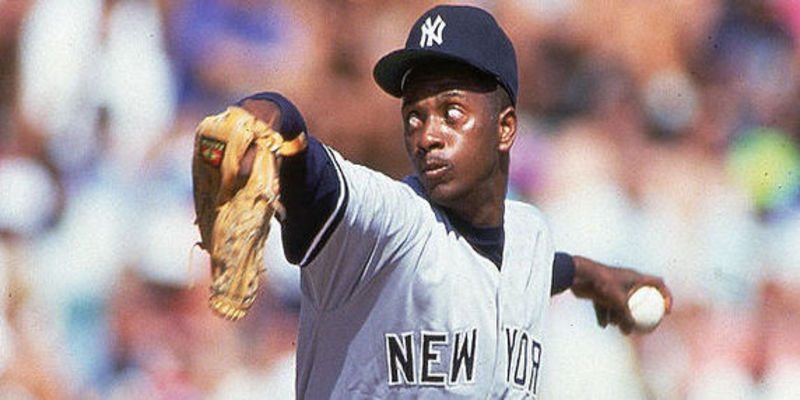 With almost guaranteed certainty a first overall draft pick will eventually reach the major leagues. Their showings in either high school or college stand far above their competition and the future risk is almost non-existent. When the New York Yankees drafted Brien Taylor first overall in the 1991 draft they expected him to take a similar path, but a series of missteps infamously left him as one of just three players taken in that spot to never play in the big leagues.

At the time of Taylor’s selection, the Yankees were coming off a 67-95 season in 1990 under Bucky Dent and Stump Merrill, with their hopes resting on the shoulders of players such as Kevin Maas, Oscar Azocar, and Hensley “Bam Bam” Muelens. The free spending ways of the 1980s had caught up to the Yankees and with owner George Steinbrenner serving a three-year suspension, General Manager Gene Michael sought to rebuild a desolate farm system, believing that Taylor was the first piece in the effort to restore the Yankee brand.

Taylor, a high school southpaw out of East Carteret High School in North Carolina, struck out an eye-popping 213 hitters in 88 innings during his four seasons prior to the draft. Armed with a 99 mile per hour fastball, the Yankees had designs on him becoming a frontline starter and offered a $300,000 signing bonus which was flatly rejected by advisor Scott Boras, citing Todd Van Poppel‘s $1.2 million deal signed a year earlier. “I’ve been through 28 drafts,” Scott Boras says, “and Brien Taylor, still to this day, is the best high school pitcher I’ve seen in my life.” Contentious negotiations followed, with Taylor threatening to attend junior college until the Yankees signed him for $1.55 million on the day classes started.

Although the Yankees hoped to advance Taylor quickly through the farm system, they eventually opted to take the patient route and allowed him to develop gradually. Assigned to High-A Fort Lauderdale to start his professional career in 1992, Taylor enjoyed his finest season, pitching to a 2.57 ERA with 187 strikeouts in 161.1 innings of work. By 1993, Taylor emerged as the second best prospect in the game according to Baseball America behind Chipper Jones and began to experience higher expectations after being promoted to Double-A Albany-Colonie.

While Taylor performed admirably with a 13-7 record, his control frequently escaped him, resulting in an Eastern League leading 102 walks. The Yankees had hoped Taylor’s command could improve in their offseason instructional league, but he opted to return home to North Carolina instead, where both his life and career would change forever when he tore a shoulder capsule in his pitching arm while defending his brother in a fight. “I tried to walk away from that fight,” Taylor told the Daily News in 1996. Though initial reports expected that Taylor would be ready by Spring Training, he would miss the entire 1994 season and his fastball would never be the same.

When Taylor returned to the mound for the Gulf Coast Yankees and Greensboro Bats the next two seasons, he failed to miss any bats after losing 8-10 miles per hour on his fastball and never fully developing his curveball the way the Yankees anticipated. The result was a woefully ineffective pitcher with elevated home run rates and an ERA peaking at 18.73 in nine starts at Single-A Greensboro in 1996. Without a quality fastball, Taylor struggled mightily with control, walking 106 batters in 67 innings between 1995 and 1996. The Yankees would soon lose patience and removed Taylor from their 40-man roster. Taylor would leave the Yankees organization following the 1998 season, signing with the Seattle Mariners and later the Cleveland Indians but similar results ensued and Taylor ended his career never pitching above Double-A after once being selected first overall.

Taylor had worked as a driver for UPS in his native North Carolina after his playing days ended, but also found himself with frequent brushes with the law, most notably spending two years in prison for cocaine trafficking. Without a true post-playing career to fall back on, Taylor became the epitome of a fallen prospect and the classic risk of taking an unproven high school pitcher at the top of the draft. Between 1990 and 2004, the Yankees selected 397 pitchers in the draft, none of whom ever made a significant contribution at the big league level and none more glaring than Brien Taylor.