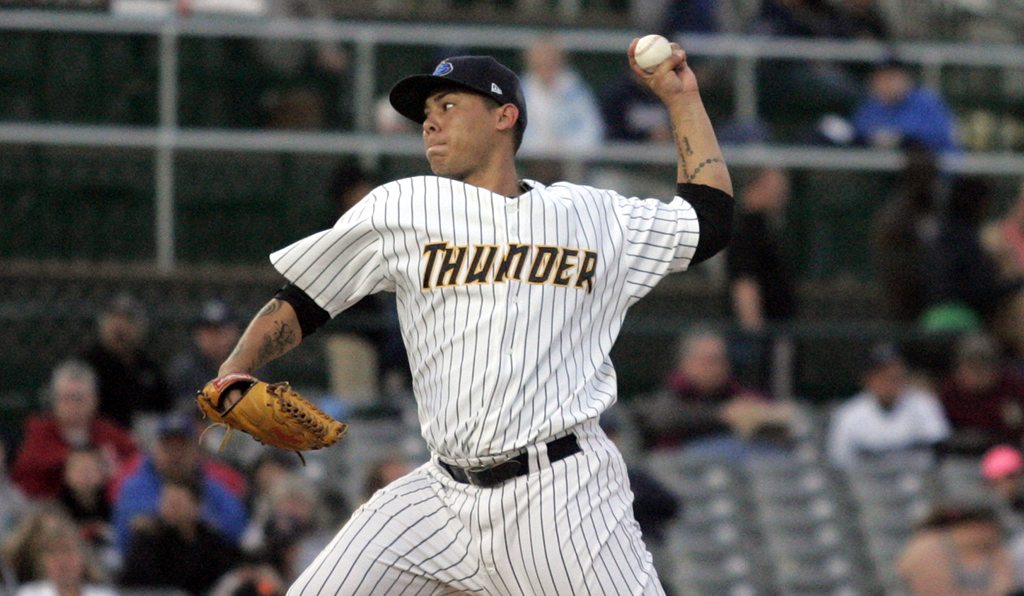 The Office of the Commissioner of Baseball announced before opening day that New York Yankees left-handed pitching prospect Miguel Sulbaran has been suspended 25 games without pay for violating the Minor-League Drug Prevention and Treatment Program.

Sulbaran, 23, was not suspended for a performance enhancing drug and his suspension will begin immediately.  The Yankees originally acquired the lefty in a trade with the Minnesota Twins which saw shortstop Eduardo Nunez go to the Twins in April 2014.

He is currently on the roster of the Trenton Thunder but is still rehabbing from an injury that cost him part of the 2015 season and all of the 2016 season.  In 92 career, minor league games opponents are hitting .247 against him and struck out 356 times in 425 2/3 innings pitched.  In 2015 made 14 starts for the Trenton Thunder and one for the Scranton/Wilkes-Barre RailRiders.