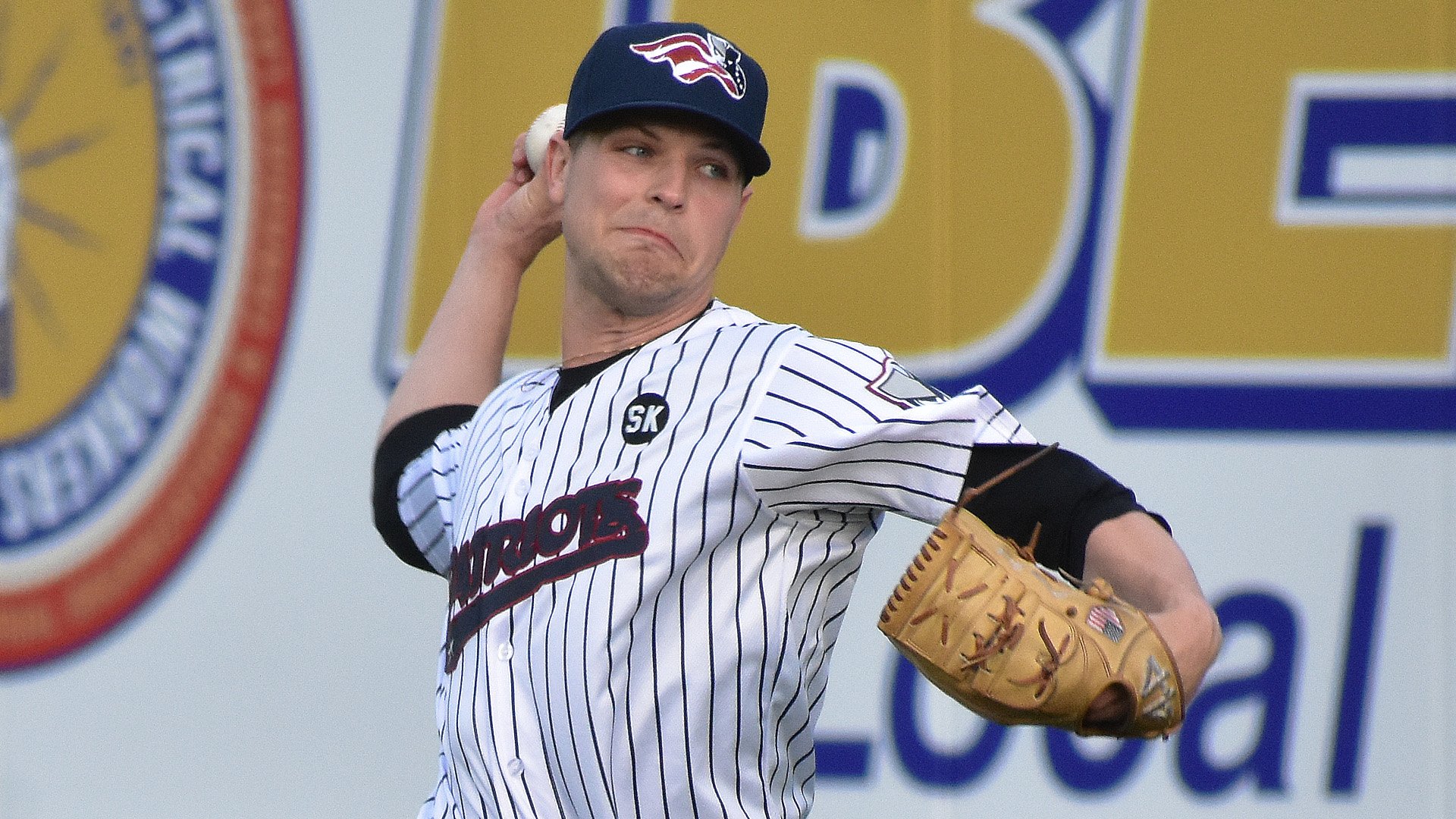 The New York Yankees made an additional trade deadline move before 4 PM ET on Friday when they acquired left-handed pitcher Andrew Heaney from the Los Angeles Angels of Anaheim for right-handed pitchers Janson Junk and Elvis Peguero.

By adding Heaney, the Yankees give themselves an additional starter in case there are setbacks in the rehabs of Luis Severino, Clarke Schmidt, and Corey Kluber and if the organization wants to put Nestor Cortes Jr. in the bullpen, they have that option as well.

Throughout the trade deadline, we have looked at these deals and how they could benefit other players further down the organizational ladder because there is more room for them to move up. In this deal, there are now two openings on the Double-A Somerset roster. Before we look ahead, let’s look back at the seasons Junk and Peguero had.

Janson Junk was one of the most-improved pitchers in the Yankees system this season as he was excellent at an advanced level. In 14 games (12 starts) with the Patriots, Junk was 4-1 with a 1.78 ERA and he had 68 strikeouts to 20 walks in 65.2 innings of work (.185 opponents batting average). He had thrown 66 percent of his pitches for strikes, which was the highest he has had in any season in his career so far.

While names like Ken Waldichuk and Luis Medina get more attention in Somerset, Junk has been able to put up the most consistency and that will benefit him in the Angels organization. So, the question is who joins the Double-A rotation?  Two names to consider would be left-hander Josh Maciejewski or right-hander Jhony Brito.

Even though Maciejewski isn’t known for the strikeouts, he did strike out six or more batters in five out of his six starts for the Renegades before pitching for the RailRiders. It remains to be seen as to whether or not that was only a spot start for him since the RailRiders needed a pitcher after Glenn Otto was traded to the Texas Rangers.

Another option would be RHP Jhony Brito, who was shown great command of his pitches for the Renegades this season. In 14 starts at High-A, the 23-year-old is 4-4 with a 2.57 ERA and has 73 strikeouts to only 12 walks in 70 innings of work (.219 opponents batting average).

During the month of July, Brito was dominant as he went 2-2 with a 1.57 ERA and had 31 strikeouts in 28.2 innings of work. He has allowed two runs or fewer in six of his last seven starts. He can get plenty of groundball outs and he does throw first-pitch strikes at a high rate (68%). You can read more on him in our scouting report done by our Renegades beat writer and head scout, Steve Alhona.

As for the bullpen, Peguero was another surprise for the Renegades this season before being promoted to Double-A on July 6. The 24-year-old right-hander had a 2.23 ERA in 21 appearances in the Yankees organization this year. He held hitters to a .174 batting average over the course of 44.1 innings.

Over his last seven outings, Peguero was used for multiple innings and he’s only allowed more than two runs in an outing once (four runs on May 4). He also struck out three or more batters on five different occasions in July.

If you look at the Renegades current bullpen for possible call-ups, one name to consider is right-hander Nick Ernst. Ernst’s 66 strikeouts are the third-most on the Renegades this season behind Brito and Mitch Spence (67). The walk total is a little high for the 24-year-old (24). However, the 15th Round pick in 2018 can pile up the K’s and his FIP (3.29) is much lower than his current ERA (5.25).

If Ernst or another reliever moves up, it opens the door for someone in Low-A Tampa to move up to High-A. A name that John Brophy has talked about at length this year is Nelvin Correa. The 24-year-old right-hander has a 1.22 ERA in 19 outings for the Tarpons and has 53 strikeouts to 10 walks in 64 innings of work.

Correa made six appearances in July and did not allow a single run, so being at an older age for the level, he may be too good for Low-A and deserves to get a challenge.

The pitching maneuvering at Double-A, High-A, and Low-A will probably be interesting to watch over the final two months of the season as to which pitchers the Yankees decide they want to challenge at a level-up. With Otto and Junk out of the organization, there are starter innings up for grabs at advanced levels, so we will see who gets that shot.