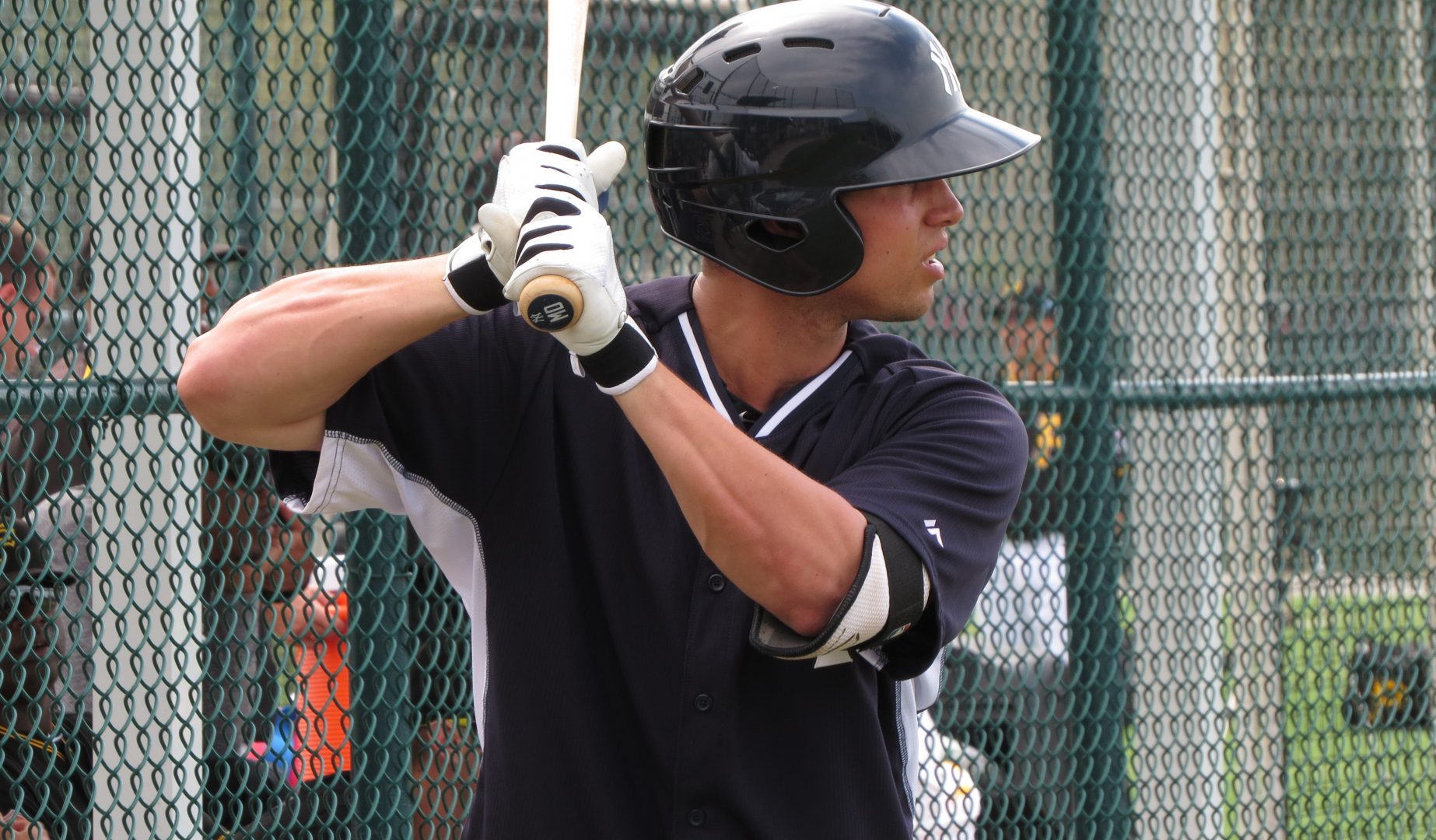 As the first pitch of the 2016 Minor League Baseball season is approaching the New York Yankees cleaned house a bit more, releasing 12 players from their contracts over the last two weeks.  Among those released was former fourth round draft pick Matthew Duran and former tenth round pick Ty McFarland.

As first reported by Pinstriped Prospect’s own Matt Kardos, Matt Duran was the highest draft pick released in this round.  He spent five seasons in the Yankees organization but had not played about Short-Season ball.  He was drafted out of New Rochelle High School in the 2011 Draft and made his professional debut that season with the Gulf Coast League Yankees where he hit .301 in 23 games.  His next season he played for the Staten Island Yankees where he hit .221 in 61 games but then the injury bug got him.  He played only 6 games in 2013 with the GCL Yankees and sat out all of the 2014 season before returning in 2015 with the Pulaski Yankees where he hit .228 in 28 games.  This spring training he was working out with the Triple-A work group early on.

Ty McFarland, 24, was a tenth round draft pick in the 2014 draft.  In his first season in 2014 he batted .278 with 40 RBIs, 5 homeruns, 2 triples and 17 doubles for the Staten Island Yankees and was even named a New York-Penn League All-Star.  However, a lingering back injury sidelined him for most of the 2015 season causing him to play in just 27 games with the Tampa Yankees, Charleston RiverDogs and the Staten Island Yankees.  Do not be surprised to see him back in minor league ball soon in a coaching capacity.

Also released were 2 Dominican Summer League Yankees players, Felix Nieto and Willy Cruz.  Nieto, 18, was a catcher and played only 1 season with the DSL Yankees where he hit .233 over 18 games.  The Los Teques, Venezuela native had 10 hits with 2 doubles and 1 homerun while driving home 11 runs in his only season.  Cruz, 21, was a left-handed pitcher who threw in relief for the DSL Yankees.  In 15 games he threw 41 1/3 innings allowing 29 runs, 18 earned, to give him a 4-4 record and 3.92 ERA.  He walked almost as many batters as he struck out (23-26) in his only professional season.

Martini, 23, was signed by the Yankees as an international free agent in 2010 and made his professional debut in the Dominican Summer League in 2011.  Since then he has hit for a career minor league average of .260 over 272 games with 79 doubles, 7 triples, 20 homeruns and 172 runs batted in.  He walked 114 times, while striking out 144 times in his career.  This past season he saw time with 3 affiliates, the GCL Yankees, Tampa Yankees and the Charleston RiverDogs but spent the bulk of the time in the GCL League.

Left-handed pitcher Anthony Marzi, 23, made his professional debut in 2015 after signing as a non-drafted free agent.  In 6 games he allowed only 3 hits over 7 1/3 innings and earning 2 wins while striking out 7 batters.  Jose, 23, was a 24th round draft pick out of Stanford in 2014 and hit .292 over 2 seasons with the Yankees organization.  He reached as high as Single-A Charleston in 2015 but the bulk of his playing time was in the GCL.

Ethan Carnes, 24, was a 21st round draft pick in the 2013 draft and in 3 seasons he was primarily a reliever but this past season he moved to the starting rotation.  In 37 games as a professional the left-handeder was 7-0 with a 2.33 ERA over 85 innings pitched allowing just 22 earned runs and striking out 81 batters.  Derek Callahan was drafted in the 16th round of the 2014 draft out of Gonzaga.  The 23-year old pitched for 4 different teams in the organization including the Staten Island Yankees, the Tampa Yankees and both GCL Yankees teams.  He owns a career 7-6 record with a 4.43 ERA in 27 games, 23 starts, he struck out 74 batters in 109 2/3 innings of work.

Right-handed pitcher Andre Del Bosque was a 38th round draft pick of the Yankees in 2014 and has reached as high as Single-A Charleston.  In 2 professional seasons he is 8-7 with a 5.09 ERA in 37 games, 85 2/3 innings pitched.  Rounding out the list of releases is outfielder Joey Falcone.  The 29-year old is the son of Pete Falcone and was a former Marine.  He signed as a minor league free agent with the Yankees in 2015 and played at 3 levels including the GCL, South Atlantic League and the Florida State League.  In his only professional season he hit .353 with 5 doubles, 1 triple, 3 homeruns and 17 RBIs.

As we move closer to opening day expect to see several more minor leaguers released.  Stay tuned to Pinstriped Prospects for the latest news and updates as they happen.