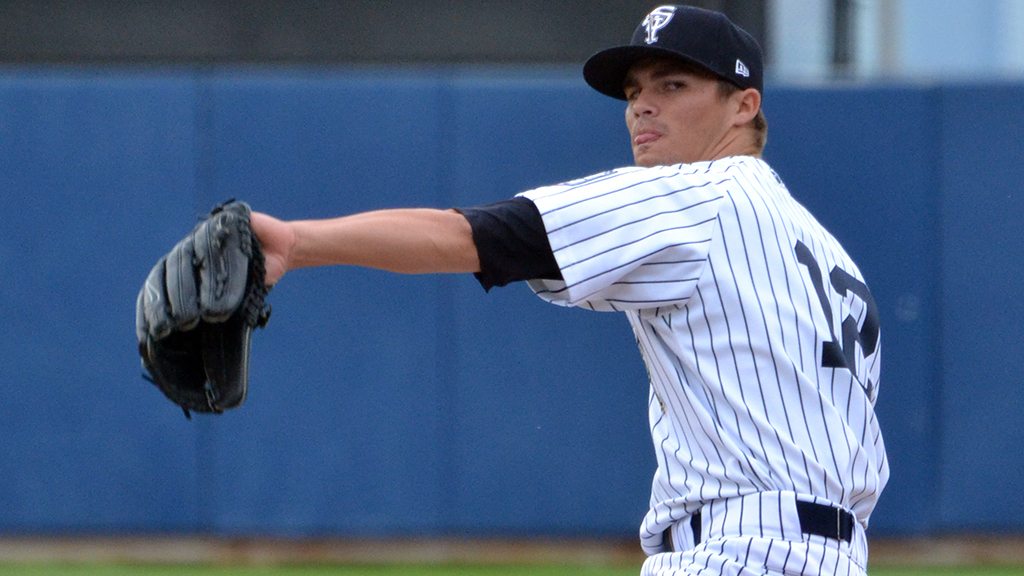 Garrison, 25, was the oldest of the bunch and has had the most success in the minors.  He was originally drafted by the Yankees in the 7th round of the 2012 First-Year-Player Draft out of Fresno State.  His twin brother, Trent, was a catcher in the organization and retired prior to the 2015 season.  In 4 minor league seasons Taylor owned a 11-12 record with a 2.88 ERA in 203 innings over 120 games.  He spent most of his career as a reliever but was converted to a starting pitcher in the middle of the 2014 season.  Garrison had a 1-game cameo in Triple-A in 2013 but would not reach the minors highest level again.  He had 38 games experience at Double-A with the Trenton Thunder, including 14 games in 2015.