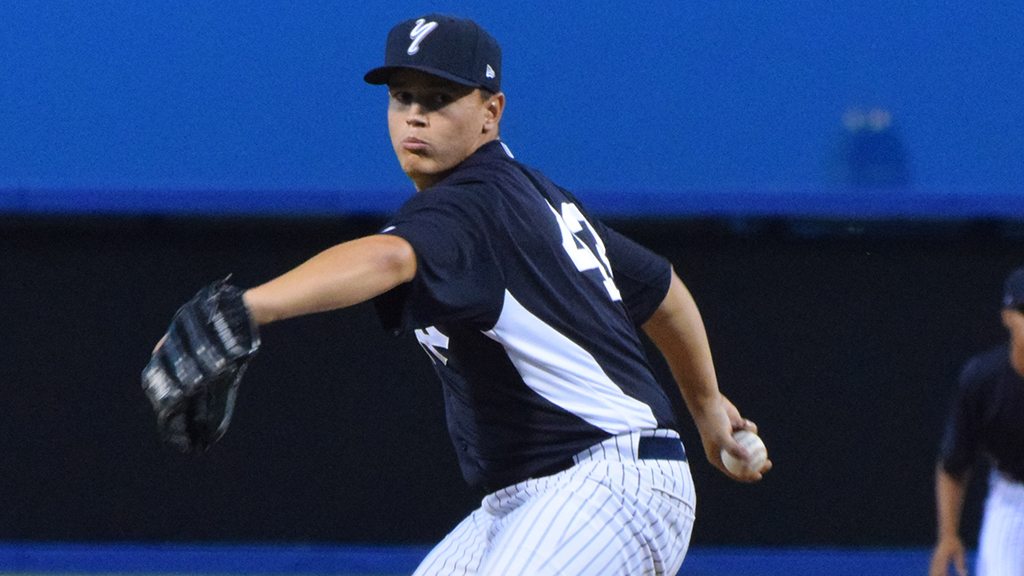 Earlier this week we reported that the New York Yankees released Jordan Cote and Brett Gerritse but today they have announced that they have released eight more minor leaguers. One of them, shortstop Graham Ramos, has already signed with the Traverse City Beach Bums.

Also released were right-hand pitchers Jared Burton, Tim Giel, Stefan Lopez, and Mike Noteware as well as first baseman Dalton Smith, outfielders Yeicok Calderon and Robert Hernandez. Burton is currently working out a new minor league contract with the Yankees and is back in camp.

Giel was originally signed as a non-drafted free agent in 2013 and spent last season with the Staten Island Yankees where out of the bullpen he was 1-1 with a 4.65 ERA in 31 innings. Stefan Lopez was a 2012 16th round draft pick who split the 2014 season between the Charleston RiverDogs and Tampa Yankees where in 41 games he 2-4 with a 5.15 ERA, striking out 52 in 50.2 innings of work. Noteware spent most of the 2014 season with the Gulf Coast Yankees where he was 3-0 with 3.03 ERA in 19 games. He also had a one-game cameo for the Tampa Yankees of the Florida State League where he pitched an inning.

Calderon has played six seasons in the Yankees farm system after signing as an International Free Agent in 2008. Last season he hit. 274 between the Tampa Yankees and Charleston RiverDogs and owns a.275 career batting average. The Yankees signed Hernandez in January, he was a converted pitcher.