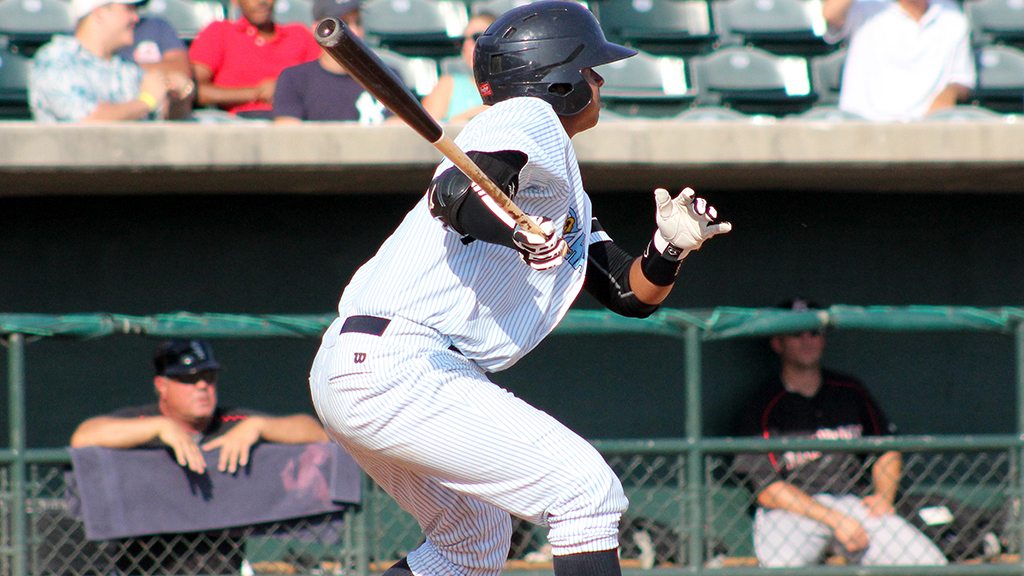 Rainiero Coa with the Charleston RiverDogs in 2015 (Jerry Coli)

Every year during the offseason the various organizations do some cleaning, they release players to make room for the next group coming in.  This year is no different at the Yankees have already released first baseman Kyle Roller.  This week they have released minor league catcher Rainiero Coa.

Coa, 22, spent the 2015 season with the Charleston RiverDogs.  He worked primarily as an extra catcher and appeared in just 13 games.  He had 10 hits in 43 at bats, good for a .233 batting average.  All 10 hits were singles and he drove in just 3 runs this past season.

In 2014 Rainiero got his first taste of professional baseball in the United States when he played in 31 games with the Gulf Coast Yankees.  He hit just .159 with 10 hits, including a double, in 63 at bats.  From 2010-2013 he played for the Dominican Summer League Yankees.