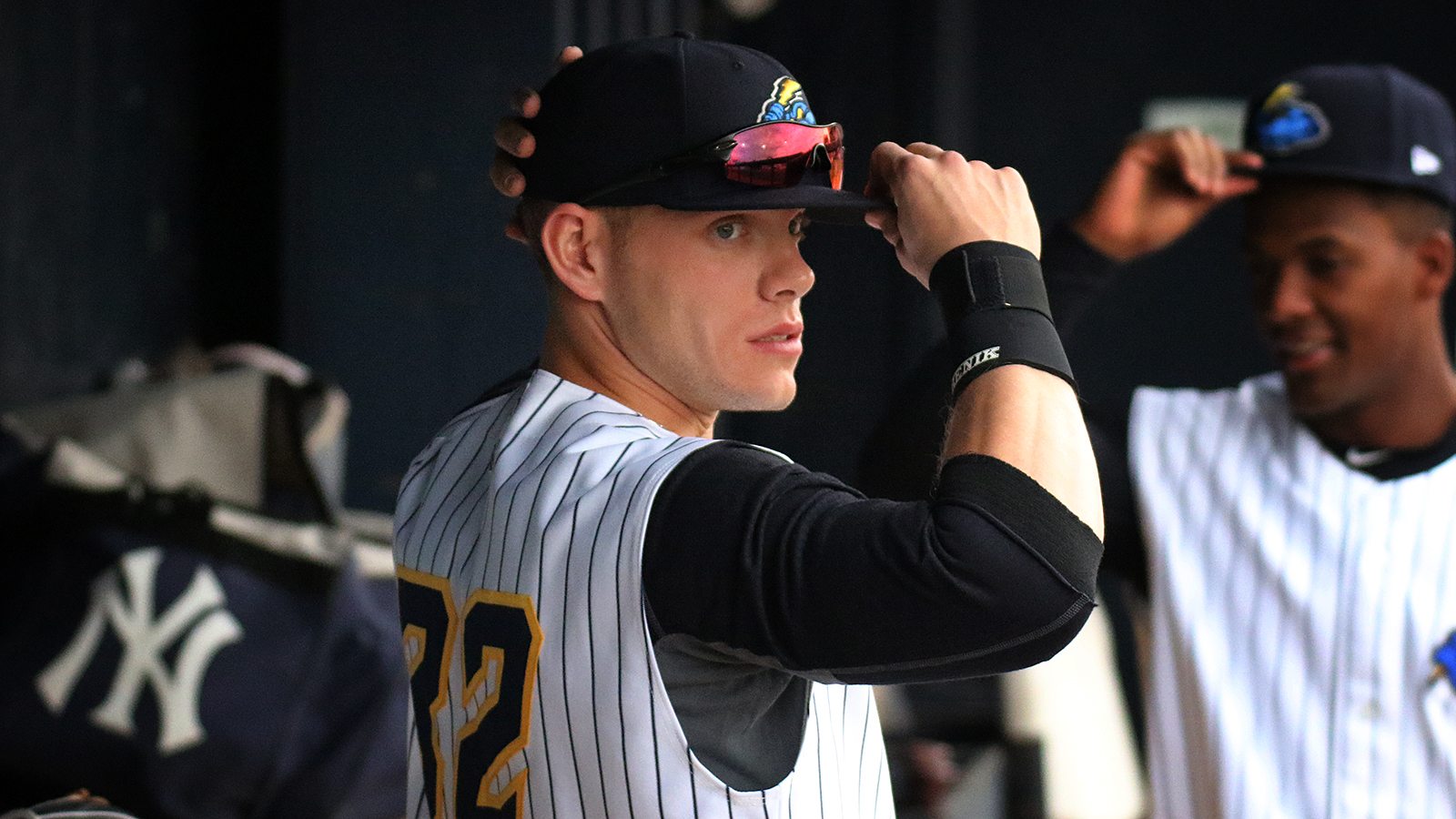 Matt Snyder was released from his contract on Thursday. (Martin Griff)

TRENTON – Prior to their series finale with the Binghamton Rumble Ponies on Thursday night, the Thunder announced that the Yankees have released Matt Snyder from his contract.

The 28-year old Snyder saw his career derailed by injury over the course of his seven season in the Yankees system. Over that span, Synder played in just 191 games – just slightly more than one full-season. In 692 career at-bats, the slugging first baseman slashed .282/.362/.408 with 15 homers and 107 RBI.

After playing in just four games for the Thunder back in April, Snyder pulled a hamstring and was forced to make his 11th trip to the DL since being drafted by the club in the 10th round out of the University of Mississippi in 2012.