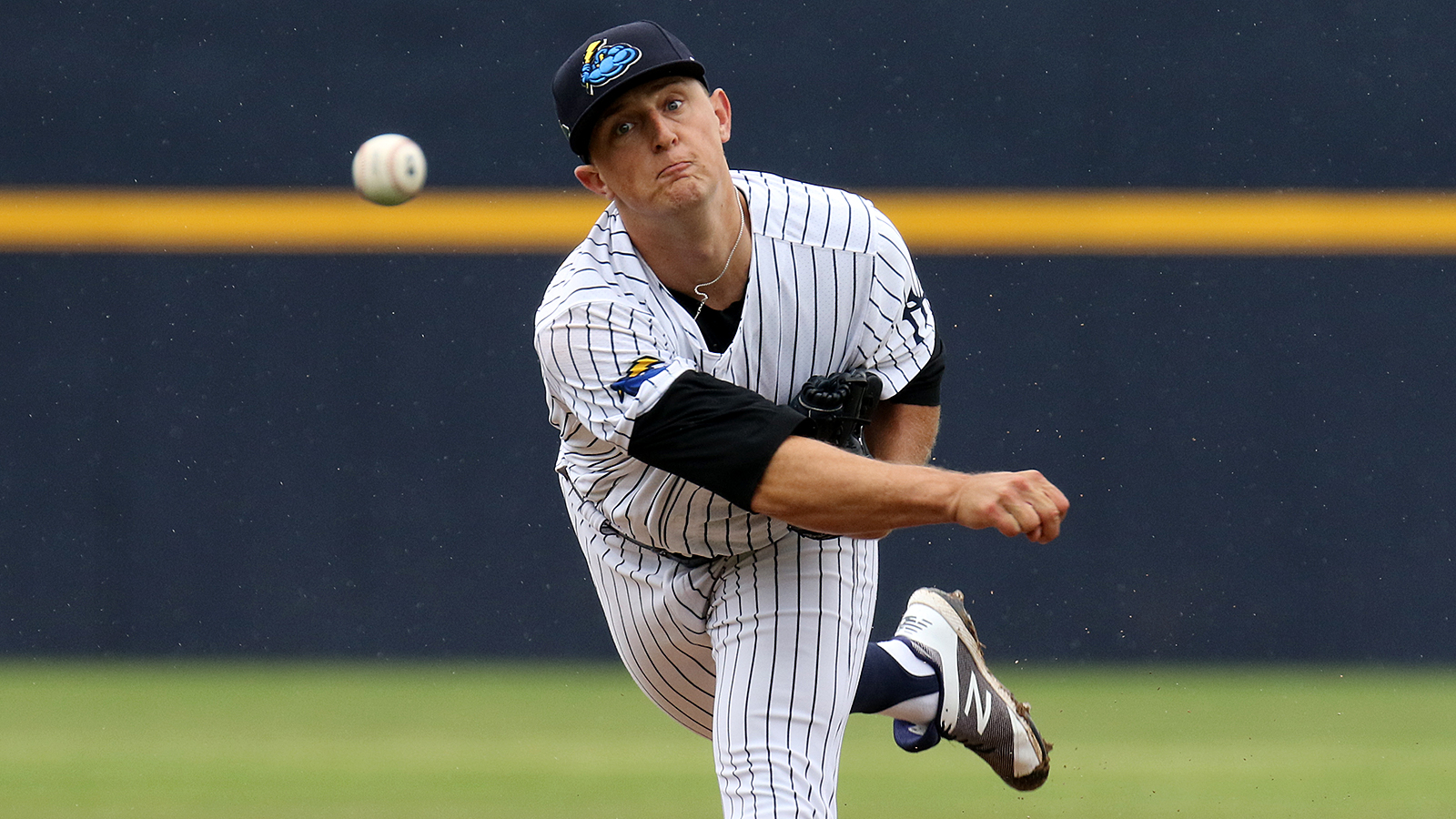 Andrew Schwaab works against the Akron RubberDucks in Trenton on Wednesday, May 16, 2018. (Photo by Martin Griff)

Over the weekend, the Yankees released relief pitcher Andrew Schwaab from the High-A Tampa roster.

The 25-year old un-drafted free-agent was signed in 2015 and had some bright moments in the system over the last two seasons. Schwaab fanned 61 batters in 52 innings while holding the opposition to a .229 mark in his first full-season in 2016. Since then, the righty had yielded a .258 batting average in 2017 and was yielding a .278 mark in the Florida State League in 21 games for Tampa this season.