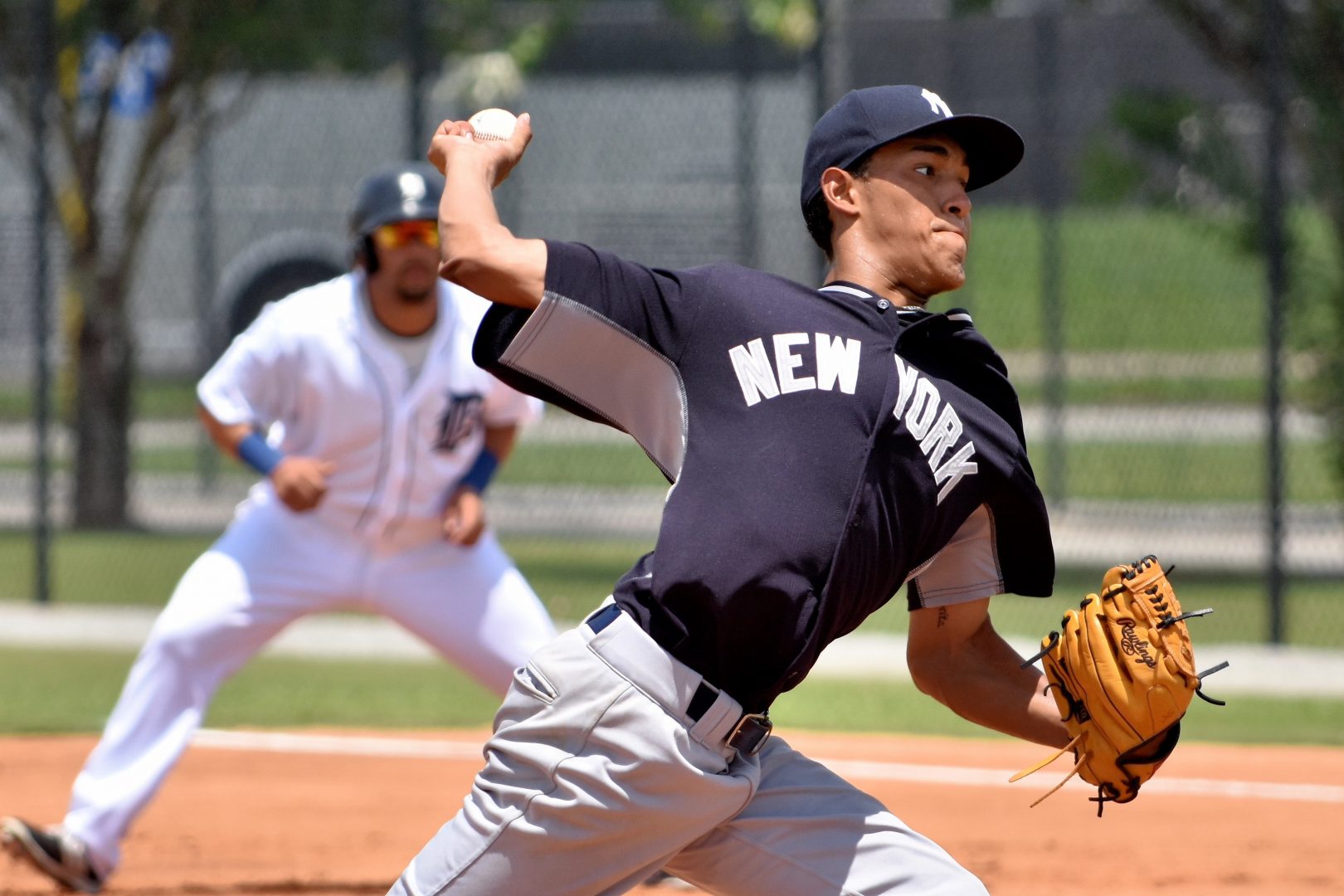 The New York Yankees released ten more minor league players from their contracts; this comes after releasing RHP Jeris Casanova earlier this month.  Of the ten players released in this round of cuts, there were four right-handed pitchers, four left-handed pitchers, a third baseman and a shortstop.

Most of the players that were released were on the roster of one of their Dominican Summer League teams, but two players played for the Gulf Coast League Yankees.  Those two, Luis Rosario and Juan Escorcia were right-handed pitchers.

Escorcia, 20, was originally signed by the Yankees on December 18, 2013, and spent the last three seasons in the minors.  In 2014 he made his professional debut in the DSL where he went 3-2 with a 2.68 ERA in 9 games, one start and struck out 14 batters in 22 innings of work.  The last two seasons he was pitching for the Gulf Coast Yankees but struggled to allow 45 runs in 53 innings.