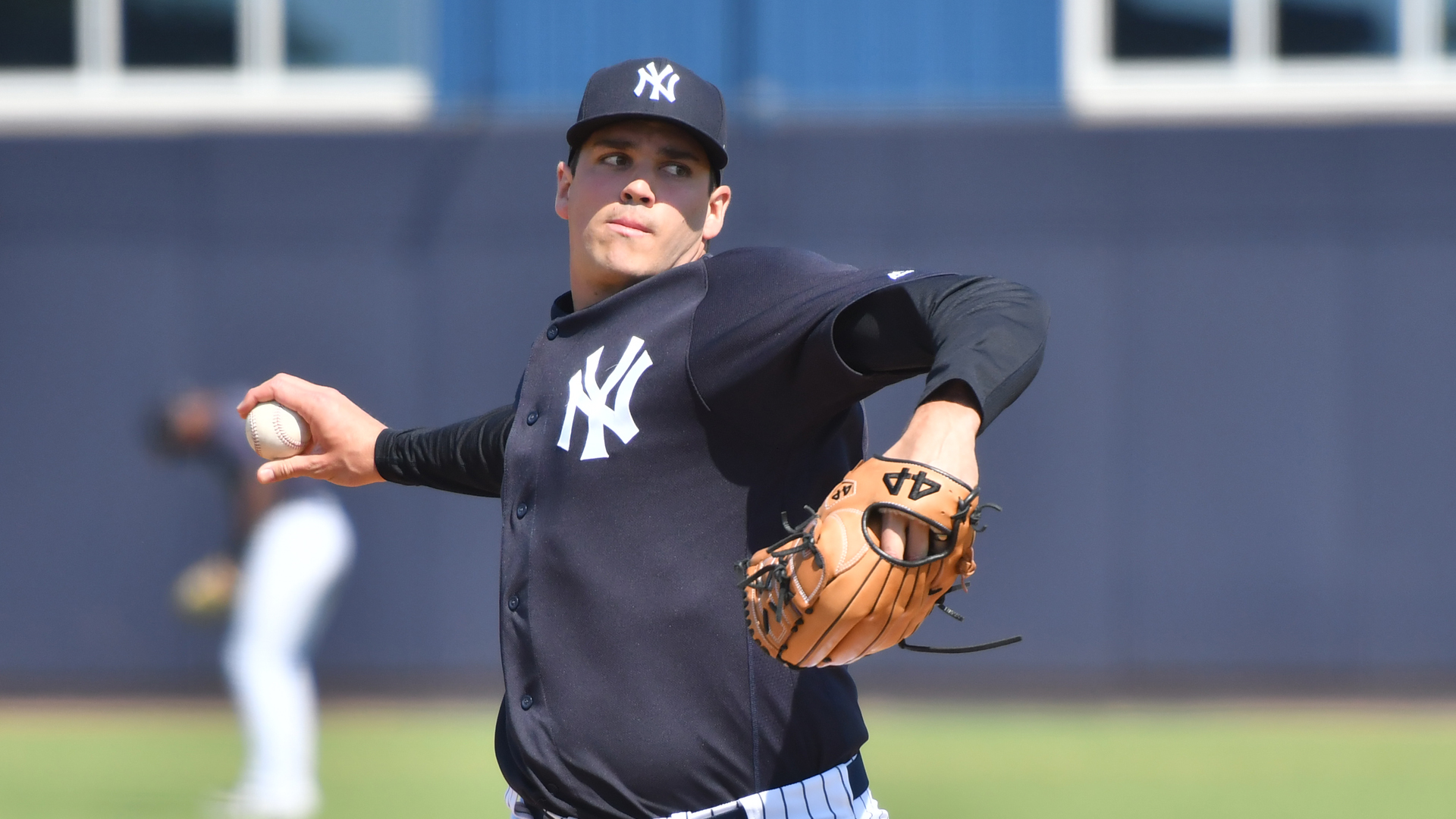 Hodson, 26, has been with the Yankees since signing as a non-drafted free agent on June 23, 2016.  In 60 career minor league games out of the bullpen he owned a 5-3 record with a 1.91 ERA and reached as high as Double-A Trenton.  In 89 2/3 minor league innings spanning three seasons, he struck out a total of 119 batters and walked 28.  Most of his service time came in the Rookie and short season levels.

Mundell, 26, was initially drafted by the Yankees in the 23rd round of the 2015 draft out of Fresno State and spent the last four seasons in the minor league system.  In 80 career games, all out of the bullpen, he owned a 10-9 record with a 2.03 ERA and 159 strikeouts over 120 innings.  He walked 34 batters and limited opposing batters to just a .195 average.  More than half of his games came at Single-A with the Charleston RiverDogs.

Morris, 25, was a 33rd round draft pick by the Yankees in 2015 out of Indiana and spent the last four seasons’ in the organization’s low minors.  In 85 minor league games, 32 starts, he went 15-15 with a 3.21 ERA and 231 strikeouts over 257 2/3 innings of work.  Opposing batters hit .230 against him and he walked 68 batters over his career.  He reached as high as Class-A advanced Tampa but spent the majority of his career in the South Atlantic League.