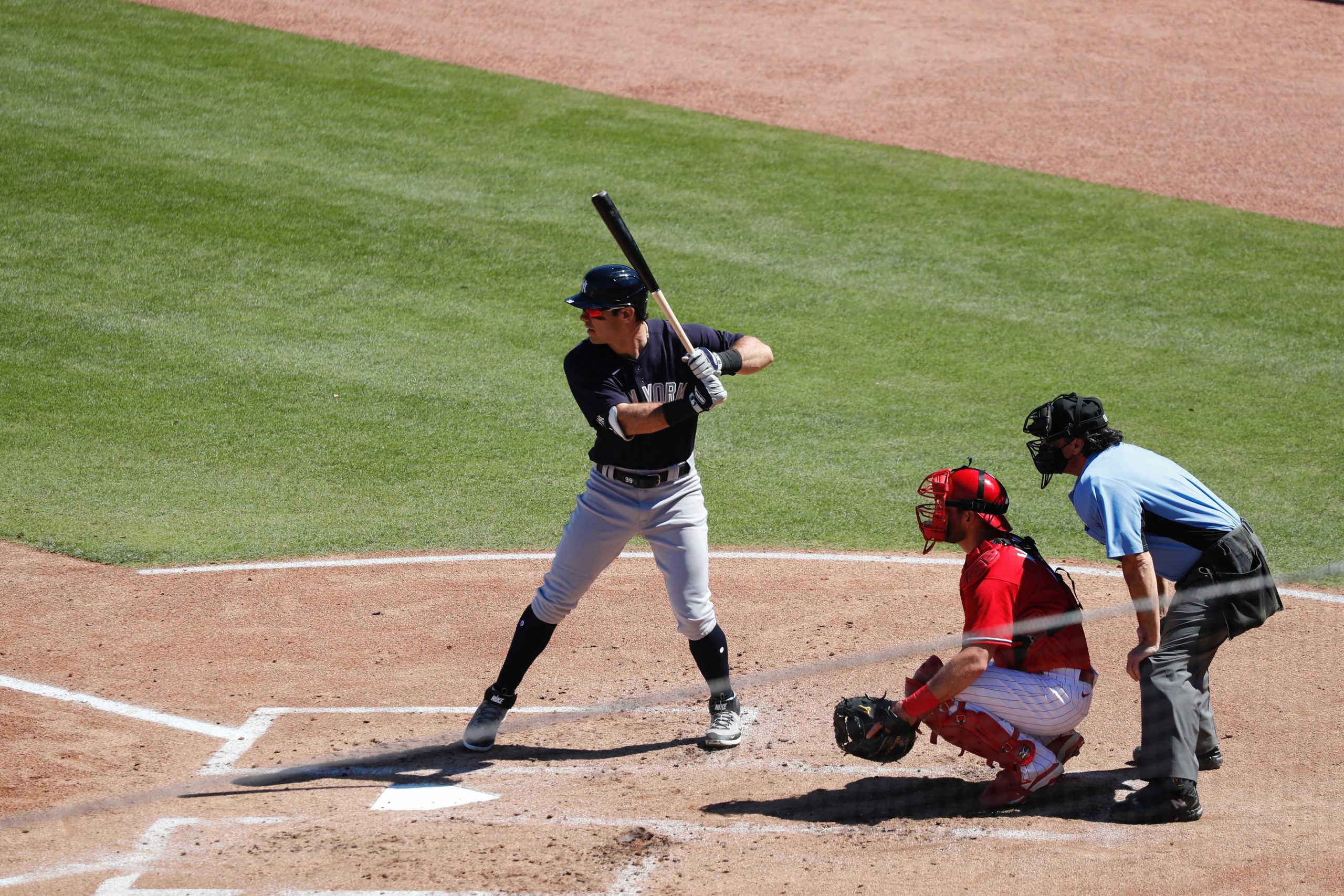 Let’s just say Thursday’s afternoon spring training game is one the New York Yankees are happy does not count. In Clearwater, Florida, Yankee pitching allowed six home runs as they were blown out by the Philadelphia Phillies, 15-0 in 8 innings. 9 of those 15 runs that were allowed occurred in the bottom of the fourth inning.

Offensively, it was not any better for the Yankees as they managed only three hits (one extra-base hit)  and they had 12 total strikeouts. With that being said, one of those three hits came from one of the Yankees’ top catching prospects, Josh Breaux:

Catcher Josh Breaux picks up his first base hit of the spring against the Phillies in Clearwater. pic.twitter.com/g0kYMa0hrO

The Yankees return to Tampa Friday afternoon when they take on the Detroit Tigers (1:05 p.m ET). Before they do that, let’s take a look at some of the takeaways from this rough loss to the Phillies:

So far, it has not been the best of results for pitchers trying to compete for the fifth starter spot in the starting rotation. Deivi Garcia had his first chance to claim that spot Thursday. The young right-hander went two innings, allowed two solo home runs, and struck out three on 27 pitches (21 strikes).

For Garcia, it was just two mistakes that ended up preventing a perfect outing. In the bottom of the first, he threw a 2-2 changeup to Scott Kingery and left it in a good part of the plate.

One inning later, Garcia left a 93 mile-per-hour fastball up in the zone and Odubel Herrera led off with a solo home run to right. Despite those mistakes, Garcia did get three swinging strikeouts. Two of them came with his fastball and was a changeup on the final batter of his afternoon.

While the use of Garcia’s changeup will be something to monitor this spring (16.9% of the time last year according to FanGraphs), he told the media after the game he felt good with his performance. This is courtesy of Max Goodman of Sports Illustrated:

Deivi Garcia on his two innings of work today: "Felt really good. Felt very comfortable with all my pitches today. I missed two pitches and paid the consequences but overall, felt good."

Right now, you would think Garcia would have the edge as to who gets the final rotation spot on Opening Day. However, nobody has grabbed it entirely yet. Domingo German will get his chance to make a good first impression Friday afternoon against the Tigers.

If you look at the Yankees’ lineup on Thursday, they only had three Opening Day starters in the batting order. Those three were Gio Urshela (spring debut), Luke Voit, and Clint Frazier. None of those three picked up a hit, but the one player who did was a player trying to make the roster off the bench and that is Tyler Wade.

Wade had the only extra-base hit with a double to right in the top of the second, but Kyle Higashioka got thrown out at the plate, which ended the inning. That was New York’s best chance to score a run in the game.

The only other at-bat Wade had was when he struck out looking against Brandon Kintzler in the fifth. In the two games that he has played, the infielder is 1-for-5 at the plate. While Wade is known for his defense, fans are looking to see more from him at the plate in 2021 as the backup infielder.

With the game being 8 innings on Thursday, it allowed Yankees fans to get a closer look at right-handed pitching prospect, Yoendrys Gomez. Gomez threw a clean 1-2-3 inning and struck out a batter on just 11 pitches (9 strikes). He was around 95-96 mph with his fastball and even touched 98 mph at one point

Gomez struck out the first batter he faced, Johan Rojas as he chased a 96 mph fastball up in the zone:

Yoendrys Gomez picks up a strikeout in a clean inning of work today. pic.twitter.com/jQNQ3IC6WM

Gomez was added to the Yankees’ 40-man roster this past winter, but his addition to the roster got overshadowed compared to the hyep that Luis Gil and Luis Medina have. The 21-year-old ended his 2019 season at Low-A Charleston, so it remains to be seen where the Yankees will have him start the 2021 season.

If Gomez can continue to improve his offspeed pitches to go with his electric fastball, he has a bright future in the organization. For more information on Gomez, be sure to check out the scouting report Robert Pimpsner wrote about him back in 2019.

It took five games, but the inevitable bad spring inning finally showed up as the Yankees allowed 9 runs in the bottom of the fourth. Asher Wojciechowski was in his second inning of work. He was not helped by a Mike Tauchman error that began the frame. However, he allowed three straight batters to reach base after that, including an RBI single by C.J. Chatham to make it 3-0.

After a Jeff Mathis strikeout, Nick Maton hit a bases-clearing double to double the score to 6-0 and end Wojciechowski’s afternoon. In 1.1 innings of work, he allowed five runs (four earned) on three hits, struck out two, and walked one on 41 pitches (22 strikes). The former Orioles’ pitcher has allowed a total of five earned runs in his first two spring outings with the Yankees.

Albert Abreu entered the game after Wojciechowski. Abreu was getting the fastball up to 98-99 mph, but the Phillies were hitting it hard. After an Adam Haseley walk, Rhys Hoskins drove in a run on an RBI single. Two batters later, a three-run home run by Alec Bohm made it 11-0. Abreu only got two outs, allowed four runs on three hits, struck out a batter, and walked one on 26 pitches (14 strikes).

Abreu has one option left and is trying to win that final bullpen spot on the Opening Day roster. Even if he doesn’t, he has a chance to play a key part in the 2021 bullpen or pitch well enough to get traded to another team. However, Thursday was not one of his better performances.