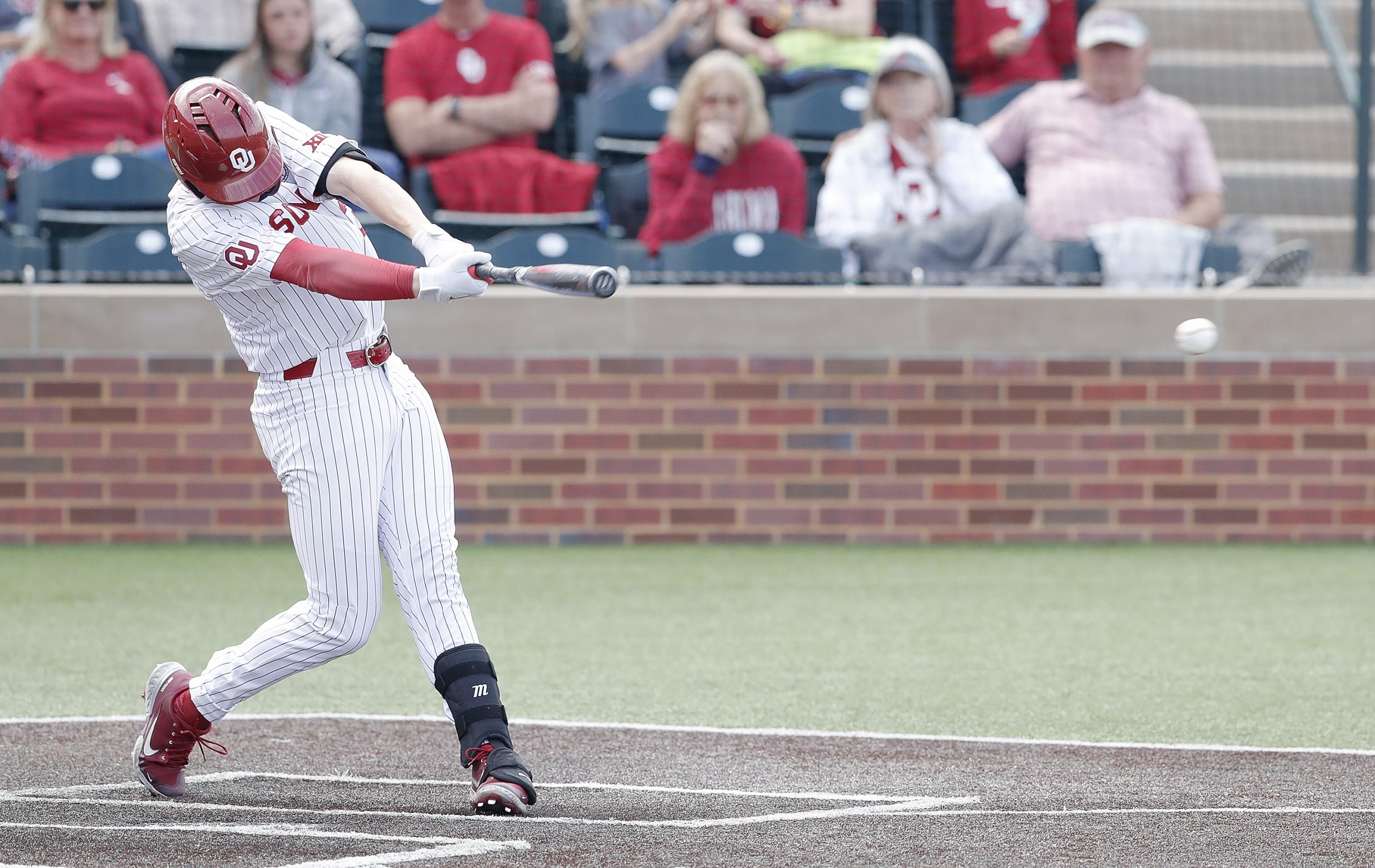 The Yankees drafted Tyler Hardman in the fifth round on Tuesday. Photo Courtesy of Oklahoma Athletics.

In a position of need throughout the organization, the Yankees selected first baseman Tyler Hardman out of Oklahoma with their fifth round draft selection on Tuesday. The 22-year-old slugger led the Sooners in nearly every statistical category. Hardman led the Big 12 Conference in batting with a .397 clip as well as hits with 89. In total, he slashed .397/.481/.661 with 12 homers, 19 doubles and 49 RBI.

Hardman starred as an All-Star in the Cape Cod league back in 2019 but a Covid-19 robbed him of the opportunity to build off of that during the 2020 season. For his career, Hardman hit .311 with 24 homers and 119 RBI in 117 career collegiate games.

MLB Pipeline listed the 6’3″, 204-pounder as the 194th best prospect in this years draft class after previously being selected by the Rockies in the 37th round back in 2017. The ranking said of Hardman, “Hardman is displaying better bat speed from the right side of the plate. He tracks balls well, hits high velocity as well as off-speed pitches and draws walks because he isn’t afraid to work deep counts (which also leads to strikeouts). With his quicker bat to go with his strength and the leverage in his 6-foot-3 frame, he’s better able to translate his at least plus raw power into home run production to all fields.”

Hardman does not really bring much speed to the table and he figures to stick at first base but scouts have suggested he could potentially try working at third base or eventually left field. Pipeline grades him overall as a 40 on the 20-80 grading scale.